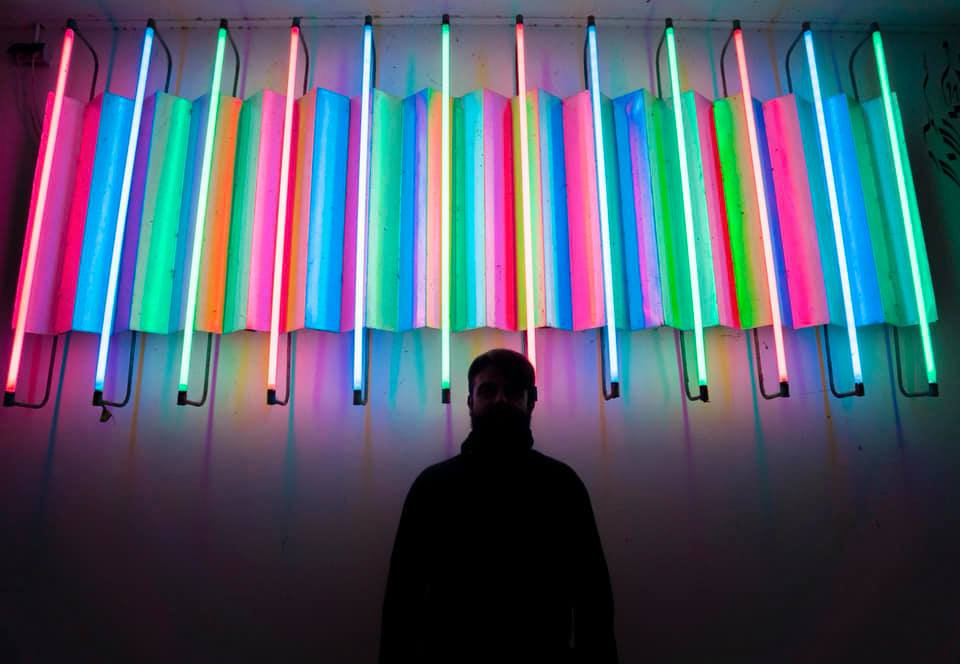 As I write this, the skies of northern England have turned a sullen grey, and the pavements have come to life with the scent of an earthy petrichor. It is a uniquely dark day amidst a period of relative sunlight, and it is also a perfect day to venture forth into the alluring mire by the feet of Albero, the fourth album of Sardinian multi-instrumentalist Valerio Marras, otherwise known as Sarram.

Before we become too lost within visual metaphors, I will simply say that Sarram has produced one of the finest ambient/drone records of recent times; it is an album that we are thrilled to be premiering here today. This is such a dynamic work of art that it defies generic categorisation, and if anything, I can only describe this as a sonic rendering of chiaroscuro, the dichotomy of light and dark. Rarely will you find a record that utilises delicate glockenspiels, mandolins, and kalimbas alongside towering, guitar-driven dirges with such skill and control that one could never believe they weren’t borne of the same machine. The uniquely disparate instrumentation offers intriguing and eerie soundscapes that appear as though delivered through some doomsday device, echoing the death knell of the universe just as a black hole warps and deforms all that exists into an all-consuming simulacrum.

Truly, it’s a commendable feat to establish such an evocative and attention-commanding landscape as Sarram has accomplished here, especially without relying on overwhelming volume. Across eight tracks, the multi-instrumentalist carries us across vast planes of sonic panorama, weaving gradually through a journey that begins with silence and ends with absolute aural despotism. A gentle yet commanding reminder of mortality, of decay, of the darkness that must always follow the light.

With three albums already released, there is plenty of Sarram‘s work to become acquainted with once you have pried yourself from Albero‘s clutches. You can find out more by checking out his Bandcamp and Facebook pages. As for Albero itself, the album will be released on May 14th via Subsound Records. If you plan on losing yourself in one drone record this year, let it be this.