Let Kehlvin Demonstrate the Blunt Language of ”Electric Monks” to You

If you’re experiencing the so-called Monday blues and feel like you’ve being trampled by the weight of the oncoming week, I have just the tonic. The Swiss progressive, sludgy, and metallic hardcore quintet Kehlvin are back, and together with the band, we’re stoked to share “Electric Monks” with you, taken from their long-awaited and highly anticipated third full-length Holistic Dreams, coming out on September 24 via Division Records. If you’re as eager as I am to scope out what the band has to offer after a six-year gap on the release front, you’ve hit play already, and I don’t blame you. If you haven’t, though, now would be a good time to do just that:

I first heard of Kehlvin almost a decade ago, few years after the release of their collaboration with Rorcal, titled Ascension. I recall being, for the lack of a better euphemism, blown away by it, and dug headfirst into their previous efforts as well as their then newly-released second album The Orchard of Forking Paths. The band instantly caught my attention with their unique style, combining all sorts of various elements into one greater scheme viewed through a hardcore lens. Come 2015, and the group released the collaboration/split To Deny Everything That’s Mundane with the magnificent Fleshworld, which turned out to be their last outing for a long, long time. Granted that after a while it felt like an adequate swansong, I had the thirst for more just like so many others did, and here we are, less than a month away from Holistic Dreams.

“Electric Monks” advances in a staccato-esque, triplet feel heavy enough to move mountains as the intertwining guitars perform their own rhythms, evoking a callback sensation that points in the direction of the Holy Cancer EP from ’08. However, there is a twist of its own, updating Kehlvin‘s sound to the modern day, so the track is by no means a recursion of their past doings – quite the contrary. The agony-laden vocals resonating someone seemingly in the middle of some psychic fit add a touch of callousness to the atmosphere, as the song proceeds its own way to its grand culmination after few verses and reprisals, and it’s just as majestic as you could’ve expected.

Toning down to a monotonic but driving outro, “Electric Monks” alongside the previously released track “The Impossibility of Progress” bodes for Holistic Dreams to be an exquisite comeback. And you know what? It is precisely that and oh so much more. Truth be told, I’ve spent some time with the album itself already, as I jumped on it the second it appeared in our listings to guarantee myself the chance to review the living hell out of it. I’ll just say all this time spent in waiting has been worth it, and leave it at that. For now.

In the meantime, make sure you stay up to date with everything by following Kehlvin on Facebook, bookmark their official website and Bandcamp, and be sure to cop a pre-order of Holistic Dreams from here. 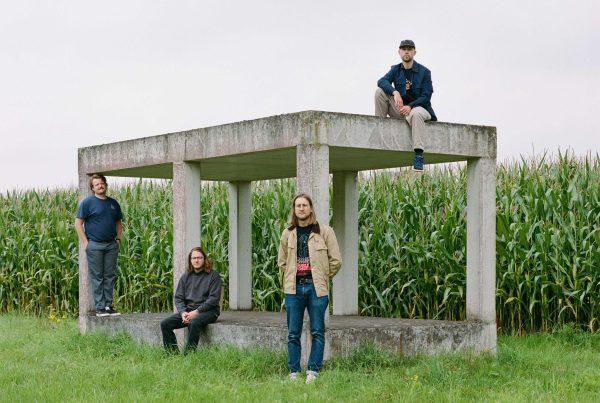