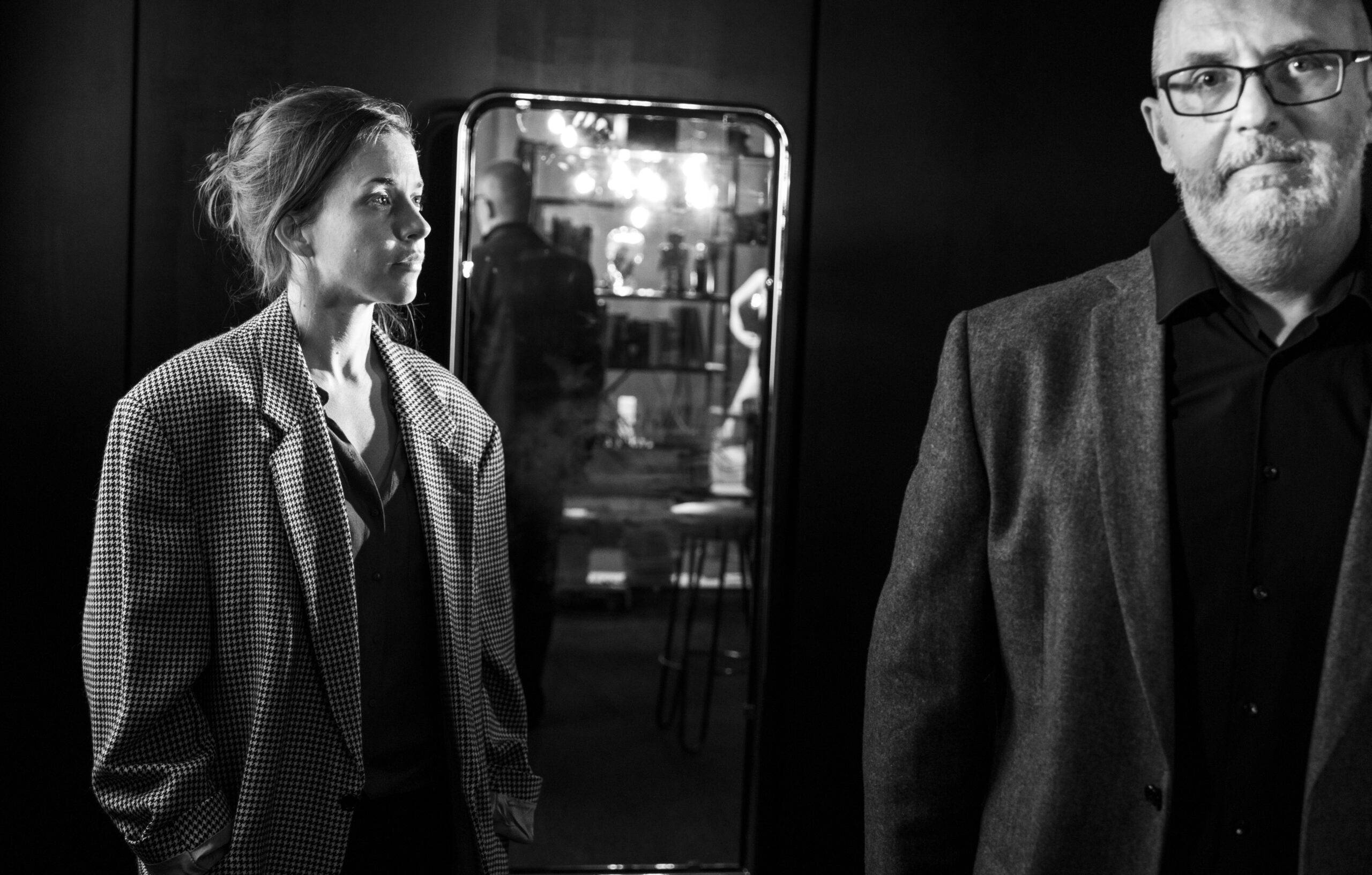 The artist behind today’s premiere first came onto my radar very recently when an Everything Is Noise pal shared a link to a pre-order of an upcoming album, and this was something that immediately took my fancy. Two fairly unique voices with minimal accompaniment, it didn’t take long for me to want to dive deeper into the world of Emilie Roulet & Michael Frei. Whilst already working together in Hemlock Smith, the pairing are currently gearing up for a minimalist release together in the form of The Beauty Of Lost Causes. A collection of eight tracks recorded in only 36 hours, the album promises to be something a little special, so we are delighted to share the video for “Hoover Dam” with you today, right here at Everything Is Noise.

“Hoover Dam” is as gentle as it is haunting. A single piano chord opens proceedings before we hear the almost a cappella vocals of Michael Frei, with only a gentle 808-like kick for accompaniment. It takes just over a minute and a half before other sounds enter, with eerie electronics re-enforcing a bleakness in the lyrics. The press release to accompany the album talks of songs that have a ‘general idea of accepted sadness, always permeated by a glimmer of hope‘, and you really start to feel this glimmer of hope enter the track towards its dying embers, particularly as the piano rejoins. “Hoover Dam” is a fine piece of work, one that you feel you would only grow to appreciate more with each listen, particularly in the context of the album it is from.

The visual accompaniment to “Hoover Dam”, directed by Marion Chabloz and Timothée Zurbuchen, mirrors these feelings of sadness and hope perfectly. Throughout, we see two shots side by side, appearing to provide a contrast of light and darkness, whilst being suitably vague throughout so that it is not ever fully clear how each scene should be viewed. Take for example the shots of our protagonist towards the end of the video, walking alone in a serene looking forest where you would expect she is feeling at peace, yet the close up at this time shows a sadness in her eyes. It is great to see such love and care being poured into making a music video mirror the track it is filmed for, with special credit due to the directors for their ability to make a video as special as the music.

Hopefully what you have watched and heard today is all the convincing you needed to make sure you pick up a copy of this album when it is released. The Beauty Of Lost Causes is due for release August 19 via Trepanation Recordings, and with the other three album tracks currently streaming alongside “Hoover Dam” of a similar high quality, then we are sure to be in for a real treat (it is pretty special when the voices of Emilie Roulet & Michael Frei join together). You can get a preview of these album tracks and pre-order the album by visiting the label Bandcamp page, or if you are based in Switzerland, you can pre-order a copy from the artist Bandcamp.