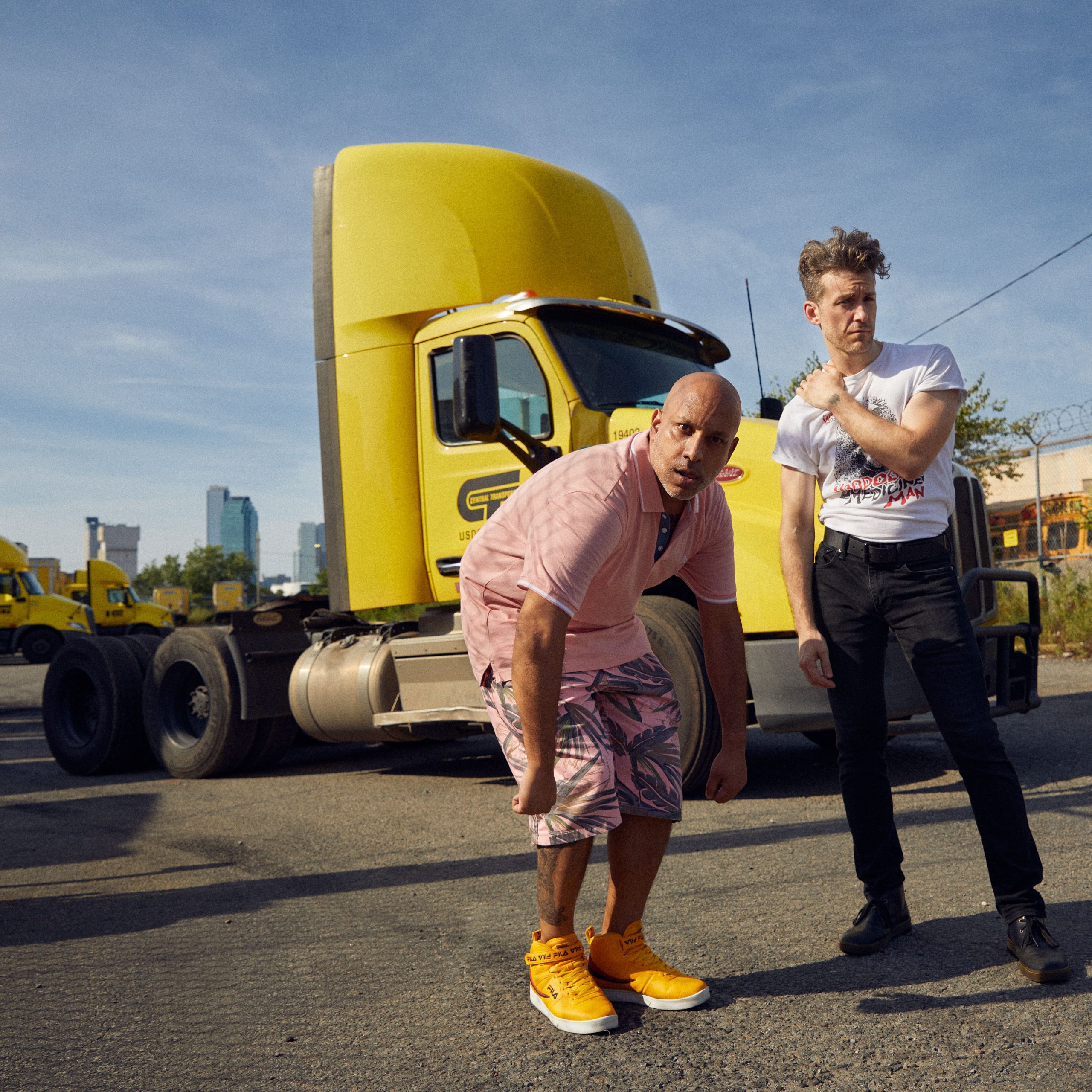 By Ashley JacobSeptember 18, 2020 No Comments

After lifting spirits with their highly engaging EP from 2018, Ice Cream are back with some fresh material, and Everything Is Noise is honoured to premiere the video for their new track, “Simply Glowing”.

This New York-based two-man project is comprised of producer and DJ Daniel D’Errico, and Alap Momin who is known amongst other things for his work with Dälek. Ice Cream sees these experimenters of all things electronic diving deep into the realms of bass-laden beats, upon which many more intriguing sounds are layered. “Simply Glowing” continues this mission statement and showcases an even greater concentration of interesting, uplifting, and enthralling blips and samples, all arranged in a fashion to keep the adrenaline pumping throughout.

Equally fun is the video, which displays an ever-shifting collage of images and colors, little of which are grounded in normality, but where would the fun be if they were? The impressively dense display of visuals are as lovely and exuberant as the song is memorable and exciting. The package as a whole transmits an adorable level of escapism, and is guaranteed to put some extra bounce in your week.

“Simply Glowing” is one of two brand new tracks released by Ice Cream, and there is a clear sense of progression following the five-song record that they released two years back. This small project continues to show off the mastery and ingenuity that D’Errico, and Momin have at their fingertips, and fans of this material are greatly encouraged to seek out their many other projects outside of Ice Cream.

You can hear Ice Cream‘s latest release, and their older material via Internet & Weed‘s Bandcamp page. For all other news and info, visit their webpage.