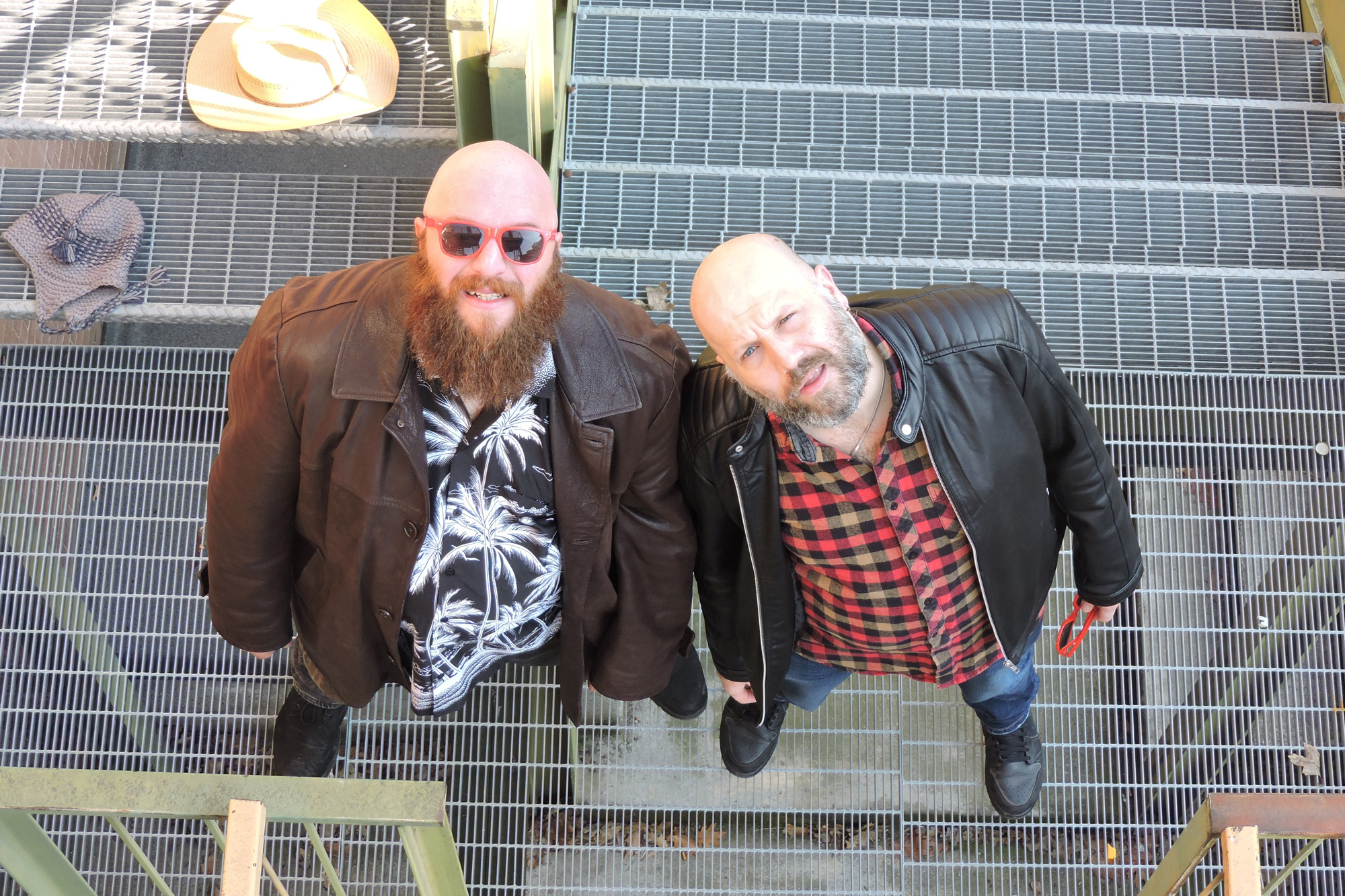 ‘Holy shit!‘ That’s the very first expression I made aloud as I started track one of this utterly badass manifestation of prog, sludge, synthy, riffin’ goodness that is Mindbowling. In a day and age where prog music (beyond the well-covered pioneers and legends, of course) doesn’t seem as talked about as it once was, artists like Gotho are a breath of fresh air. In today’s premiere, we get an exclusive look at what is probably one of the coolest albums you’ll hear this year.

From even the opening track, “Peste Bucolica”, we get what feels like a mash-up of King Crimson, Goblin, and Mastodon. The instrumental prowess of this album makes you forget how much time has passed as you are absorbed in alluring frequencies of sludgy, crushing guitars, dreamy, almost ‘80s gothy style synth melodies, and plenty of well-accented, proggy drum work that is seconded only by the cherry-on-top of distorted, buzzing bass filling in whatever space is left to round out this amalgamation of audible genius. I think a personal favorite is “Ilary Blastbeat”, which proves you can still condense great, progressive intricacy into a less-than-two-and-a-half-minute sequence. But let’s not forget what a lot of great prog is known for; Gotho no doubt champion both 13-minute-long and 2-minute-long passages, not once missing a beat, especially given how fancied ragtime dandies are in prog drumming.

Long-time fans of the Doom franchise might find debate with me on this statement, but, I believe game developers are going to want to keep Gotho on their radar; This whole record takes me back to the days of muting your TV while playing an older game and putting on your favorite metal tracks or artists. That’s with no disrespect to the wonderful soundtracks many games have certainly had over the years, but with all the modernization we’ve seen in technology especially in the last decade alone, long story short – Get Gotho in a Doom game, okay? Okay.

The closer, “Gatta The Blanc” seals the deal on just how masterful Gotho are with songwriting. A monumental 25 minutes and 43 seconds of everything a prog fan could ever want in a song, and at every twist and turn of this musical rollercoaster, something new to pique your interests sonically. Not a second passes where you want to hit pause. This conclusion will have you spending the next nearly two hours gushing over its remarkable finesse and unending complexity of textured composition, and that’s just from listening to it 4 times!

As the artists themselves describe, ‘Gotho was born from the need to put feelings, thoughts and emotions of everyday life into music, transforming them into some sort of sound streams, without paying too much attention to a predefined genre.’ This statement is practically embedded and engraved into the music as if it were a trademark. Even with the high focus of what could be categorized as prog from start to finish, elements of virtually every shadowy corner of rock and metal are littered throughout the tracks. Gotho have reordered the Fibonacci sequence and generated an infinite realm of instrumental bliss.

I challenge you to take a listen or two of this album and not find at least one thing about it you’ll enjoy. Here’s a hint – you will find something to gush over, just as I did! But whatever you do, you won’t want to miss out on Gotho’s next move. Oh, did I mention this all comes from just two people? Be sure to preorder the duo’s debut album at the band’s Bandcamp, as it makes its mark on the airwaves everywhere this Friday, October 28th via Controcanti Produzioni! Stay up to date with all things Gotho at their Facebook!