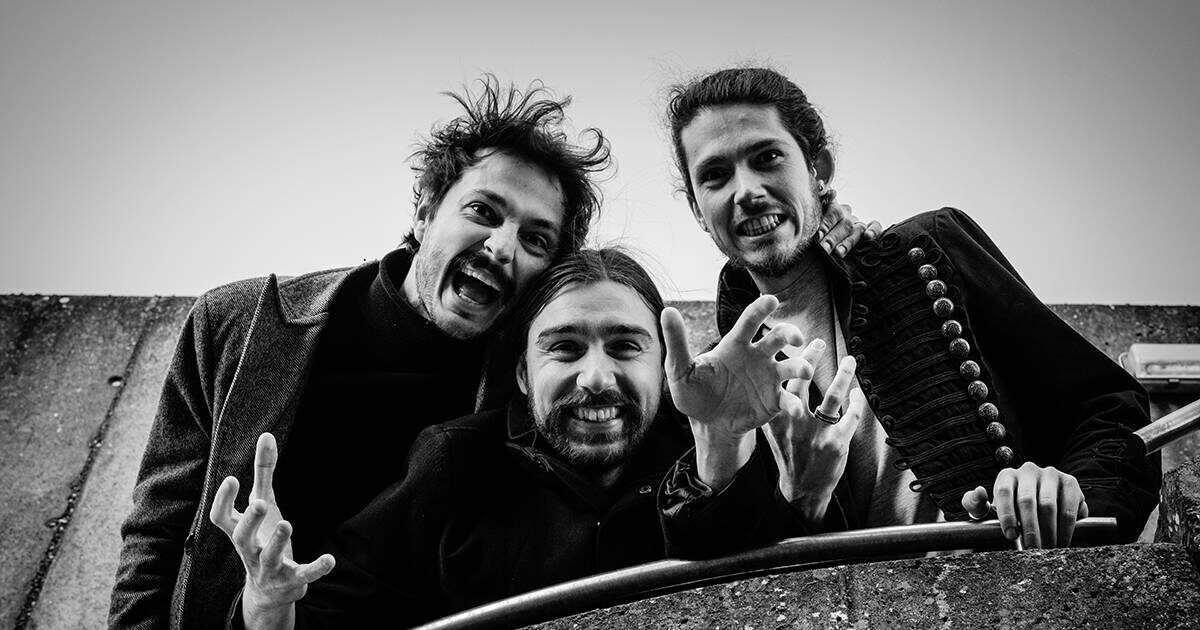 Staggeringly beautiful, catastrophically heavy, and with a penchant for lifting your mood to the stars: Psychonaut returns with the best metal of the year.

‘Harry, I’m going to let you in on a little secret. Every day, once a day, give yourself a present. Don’t plan it, don’t wait for it. Just let it happen. It could be a new shirt at the Men’s store. A catnap in your office chair. Or two playthroughs of Violate Consensus Reality by Psychonaut on your home cinema system.‘

So maybe Agent Cooper from Twin Peaks didn’t say this exact quote, but by fuck if I haven’t been living this reality for the last month. When I first picked up Psychonaut‘s new album, I was expecting yet another step up from their brilliant single on Emerald, the split EP with SÂVER that I was lucky enough to review last year. Yet I was not ready for the unbridled talent and joy that Violate Consensus Reality offered me. It has been a daily crutch for my soul, a comfort as the days grow dark, and a sanctuary when my mind is racing.

What makes me engage with the record so frequently is the fact that Psychonaut has crafted eight songs that each stand up on their own. I can start the album at any point and instantly become lost in the brutal yet brilliantly uplifting sound of the band, capturing their messages of hope, soaking in the massive energy of the band, and funneling that into my own reality.

‘Who the fuck are Psychonaut?‘, I hear you questioning as I ramble on about how good this record is for my mental health. Only arguably the best in class for progressive metal at this current moment! Like label mates The Ocean, they straddle the lines of post-metal and prog, avoiding the techy side of things and featuring more folk and cinematic elements than before this time around. Like the aforementioned, they are also one of the darlings of Pelagic Records roster, selling over 3,000 copies of their album Unfold The God Man on vinyl. Recognise the vocals? Stefan De Graef is also a member of Hippotraktor, who, like Psychonaut also hail from Mechelen, Belgium.

Right from the off, the record slaps. One of the main criticisms many had about Unfold The God Man was it was too packed, and some songs kind of dragged if you weren’t fully immersed. The band has certainly learned and adapted their style, with the opening track “A Storm Approaching” immediately tearing into massive riffs, huge vocal motifs, and a punishing atmosphere. For a three-piece, the sound is absolutely massive, the tones of the guitars having a thick bassy swell like DVNE, but with much more frenetic time signatures and fewer synths.

Where Psychonaut stands alone, and why I will champion the vocals to my dying breath, is the way that Stefan’s harmonies are like glue for the rest of the sound. The instruments almost seem to be written around his voice, when we all know the reality is likely completely different. The great layering of growls underneath the piercing cleans taps into all of those human emotions too, both hopeful and chaotic at the same time.

Touching on that note a bit further, the theme for Violate Consensus Reality directly ties into the band’s namesake, with not only a focus on the self but also on changing the perception of our reality, away from ingrained fundamentals to something new. The concept follows the idea of a new human identity, shaking the idea we’re all separate beings in a dying world that needs a hierarchy and order and pushing toward living in harmony with each other and our living universe. Drawing inspiration from the massive social changes over the last few years, the messages conveyed by the vocals aren’t always lamenting the norm, they are often challenging and encouraging personal change and development.

The two tracks that showcase the concept best are the title track itself and the following track, “Hope”. “Violate Consensus Reality” opens with beautiful vocals from guest Stefanie Mannaerts of Brutus, who, alongside the gorgeous cinematic drumming of Harm Peters, sets a soothing yet somber tone, before Stef takes over and the music ascends quickly up a never-ending mountain of sound. Each plateau of the climb unleashes more chaos into the mix, before the whole lot collapses into a maelstrom of fury, with the help of Colin H. van Eeckhout (Amenra) on vocals. Out of that destruction, however, Stefan comes back in with a stunning vocal flurry about opening your centre and achieving the next step in conciousness. It is esoteric as all fuck, and an extremely strong title track.

“Hope” builds out gently from folky strings and soothing piano, raising in tempo to a climax that I initially pinned against “Of Matter – Retrospect” by Tesseract as one of the best climaxing soft metal songs, yet after a month have come to realise that it just stands alone. The stunning delivery of the climax gives me butterflies, shivers, and the desire to shine my light onto the world, something I haven’t felt from metal in quite some time.

Psychonaut don’t just rely on the vocals and lyrics for a good time, though, and for long periods of time in the album you will be treated to glorious riffs, guitar swells, and drum patterns that set your mind alight. “Interbeing” is a very strong track, with a very cool hybrid riff that sounds like The Ocean taught Tool how to play music again. But the best riffs on the album award arguably goes to “A Pacifist’s Guide to Violence”, which, coupled with a roar of ‘HERE WE ARE‘ or similar from Stef, tears tectonic plates asunder. It is the ultimate hype track and a brilliant way to inject tons of energy into the end of an album that has already left you feeling fulfilled.

As ever, they finish off the album in stunning fashion, with yet another noteworthy climax. Production-wise, you couldn’t achieve the climaxes that Psychonaut do with anything but the best, and compared to Unfold The God Man, it is leaps and bounds. Even though that album had quite an open sound palette and didn’t feel too choked, Violate Consensus Reality feels like the band is playing into a nordic fjord. Stunning from start to finish Violate Consensus Reality is my album of the year, delivering pure joy, endless energy, and some great thought-provoking concepts to ponder.