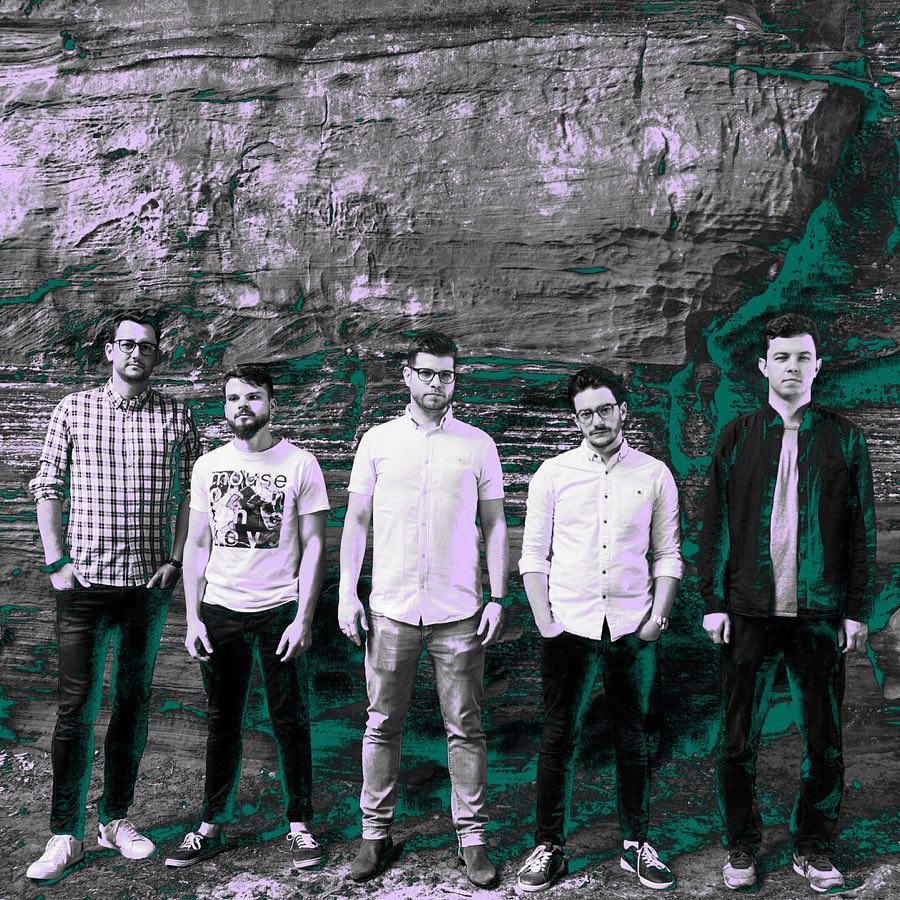 Plenty of great music is coming out this fall; 2018 has been a year of very high quality releases in general. Still, there are plenty of interesting acts yet to be discovered. That being said, we are super proud to premiere the full album stream of Flares‘ new record Allegorhythms, a mesmerizing and progressive-infused piece of modern post-rock music!

Flares are a German post rock band heading from Saarbrücken, Germany. Within their sound, they incoperate post-rock, shoegaze, and progressive elements. On “Amusement Rides”, Flares also  work with some noisy vocals that almost seem to drown in a fuzzy sea of psychedelia. The beginning of this album already shows this nebulous atmosphere that is omnipresent in the band’s music. The light use of retro synths might even remind you of early prog albums, making Allegorhythms feel timeless. Just listen to “Savannah” and get lost in the ambiance that Flares are creating!

As the band state on their new record:

‘In our minds, Allegorhythms is the creative peak of four years of intense songwriting. We always try to evolve as a band. So we took all our love to early and current prog-stuff, shoegaze and post-rock and mixed it with our idea of music. We geared up with some new instruments, used different tunings and even experimented with old tape machines to find out, what fits the songs best.’

Why did the band decide to team up with Magnus Lindberg (Cult of Luna) to master Allegorhythms? Here’s what they themselves have to say:

‘When the recording process was finished, we had the idea that it would be cool to give the mastering-process to an artist we all like and respect. So we asked Magnus Lindberg from Cult Of Luna if he’s interested in doing the mastering and his first words we’re: ‘Yeah, i’m interested, sounds good and well recorded’. So we were stoked and he did an amazing job. In the next steps we worked together with our friends Muriel and Manuel from MM,M for the artwork and they just nailed it. We’re all so proud of the final result. We love the outcome of the whole process, the mastering, the artwork and we’re so thankful to Kai from Barhill Records for putting much love and work in this and other releases. So we hope all the music-loving people out there can enjoy Allegorhythms as much as we can.’

Make sure to not only take a listen to the album, but also visit the band’s social media channels (Facebook | Instagram | Bandcamp). Allegorhythms is out on October 12 via Barhill Records.