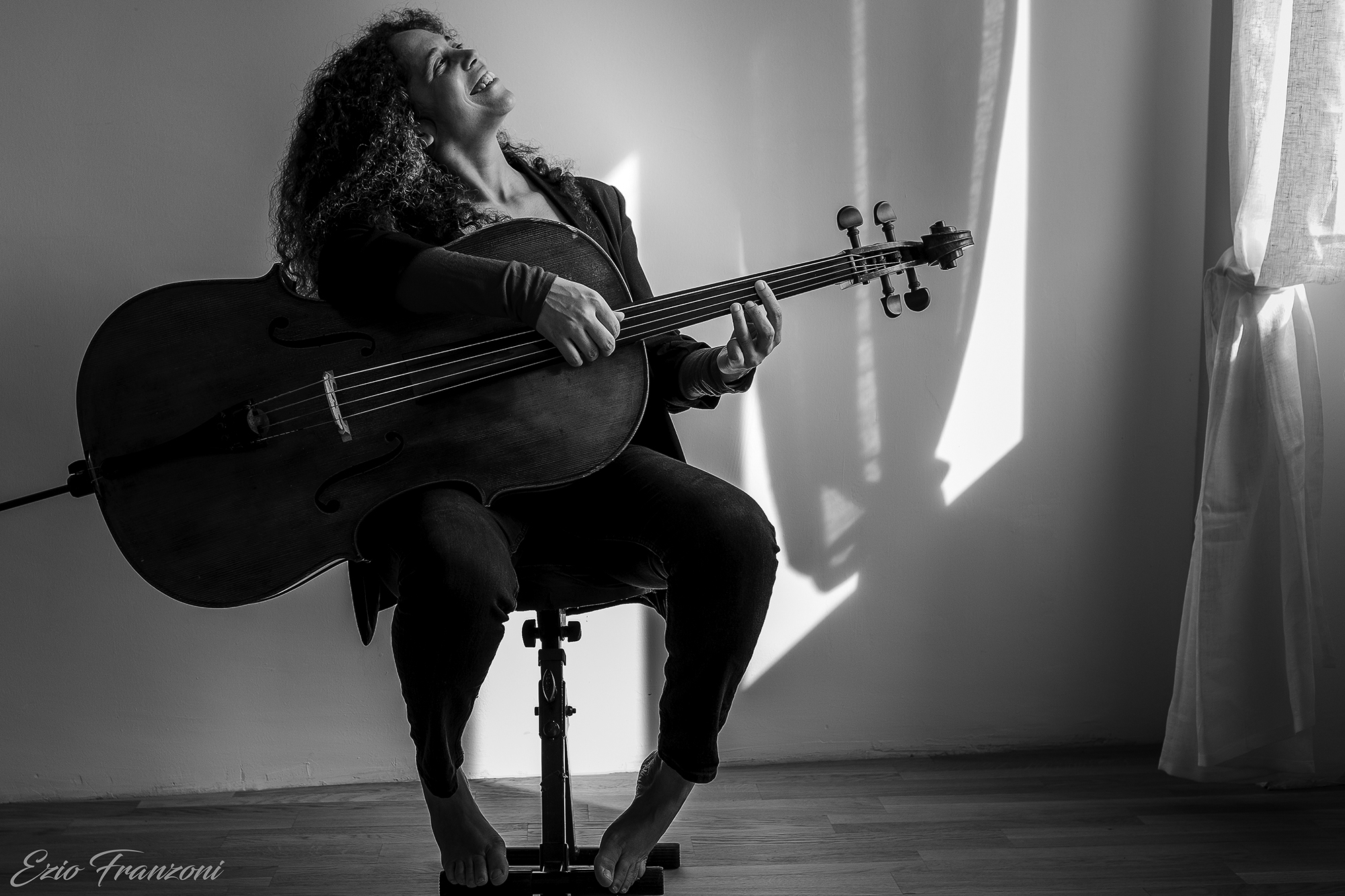 Ragnatele is Daniela Savoldi‘s latest album, having been released just a couple of weeks ago and it really speaks volumes on an emotional level. Hailing from Italy and playing cello for most of her life, Daniela Savoldi crafts a truly remarkable atmosphere with her musical vision. Today however, I will be speaking about the music video she has released to accompany one of the finer songs off this album.

“Space” isn’t merely a song, it is an entire realm trapped within the confines of a rueful and gallant sequence of notes. It animates, as it is itself animated, with a subtle yet profound grace. It ebbs just as the taut yet massive waves of seas do – surrounding, sinking, yet letting one float freely upon its surface. Every little inflection glides effortlessly from note to note and from tone to tone creating a streamlined downpour of what is essentially a mesmerizing bliss.

The video starts out with Daniela Savoldi standing idly, gazing into the distance nearby a beach quite aptly encompassing the contemplative overtone of the composition. We then see her playing her cello somewhere on said beach, with each shot rotating slowly around her, in pace with the song. The landscapes captured within the shots enhance the serene vibes that emanate. Both the crisp daylight and the colored sunset bring out an ethereal nuance. The emphasis on the sky underlines the concept of the song beautifully along with the calm sea, highlighting how space can be and what it can mean.

The video ends with her walking on the shoreline with the cello on her back in its case with the image fading to a pristine blue that just says ‘We are all one’. This is the cherry on top of the tranquility cake we have here. It perfectly sums up on all levels where this tune goes and what it is at its core. It is the distilled essence of oneness and that is what space really means here. The space where we are all one – the entire universe.