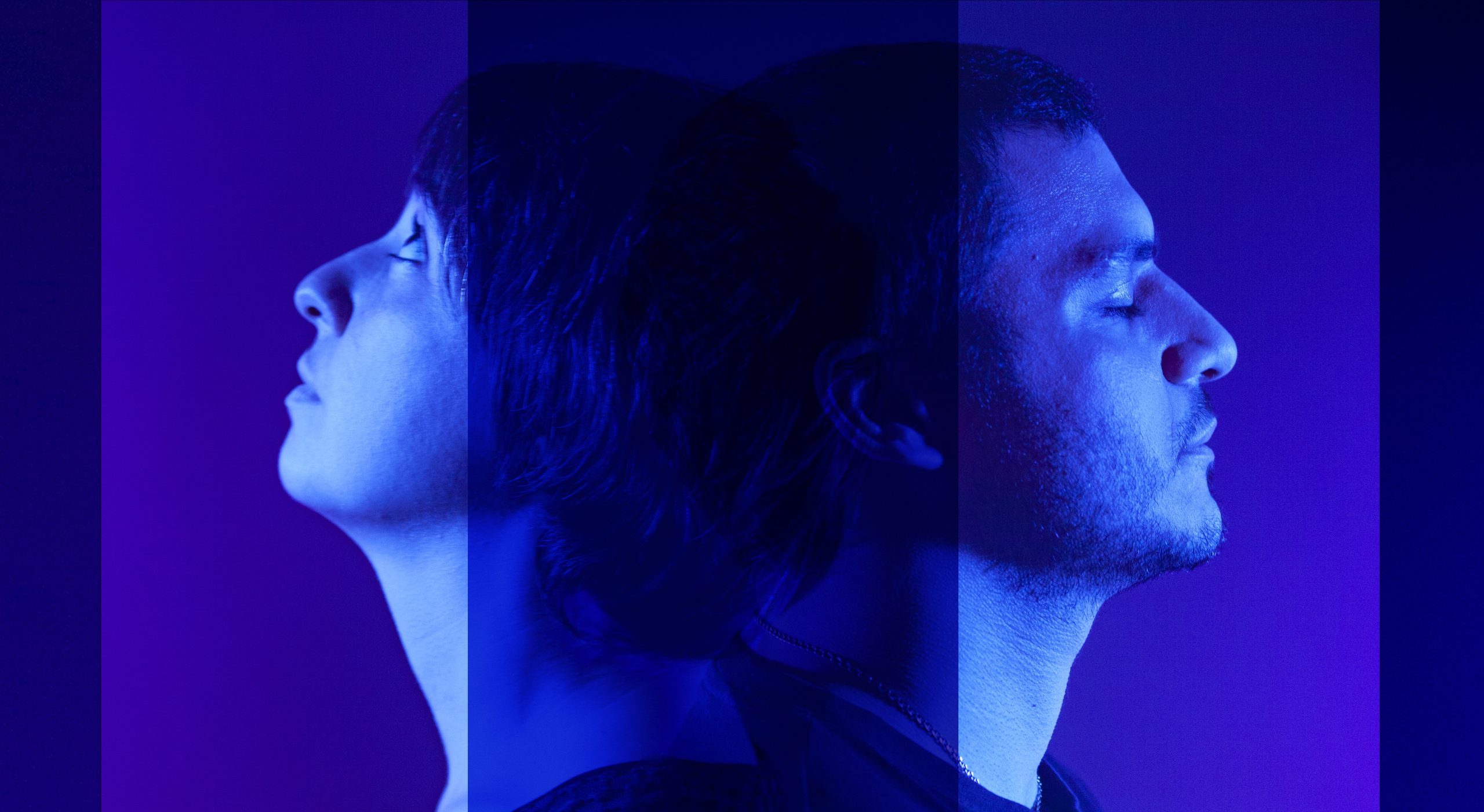 A quick look at the number 1 album on the recently published Everything Is Noise’s Top 70: The Best Albums of 2021 (thank you, BRUIT ≤) will show that you that post-rock is not dead yet, provided it is done in a creative way with aspects pulled from other areas. The band at the heart of today’s premiere are a fine example of this with their post-rock/shoegaze/indie fusion. FIRST DRAFT are Marine Arnoult and Clément Douam of Tours, France, a duo intent on channelling raw energy into focused, innovative tracks littered with elements from the aforementioned genres. “Time Hails No Sun” is the first release from upcoming sophomore release Declines Are Long Gone and you can count yourself lucky to get first listen to the single right here at Everything Is Noise:

To put it simply, “Time Hails No Suns” is a fantastically crafted five minutes of noise. An ominous opening rhythm section sets the scene, with Arnoult’s vocals sitting atop, perfectly complementing the drone like footage of an animated city in the accompanying video. The track moves steadily with subtle changes for the first half of the track, Arnoult and Douam expertly building tension with their interplay. At just about the half-way point, “Time Hails No Suns” transitions to a more driven, heavier version of itself, with cymbal crashes, increasingly aggressive vocals and distorted bass lines further adding to the intensity of the track. The song and video are part of a larger collaboration with artists Sébastien Vion and Lohengrin Papadato, with FIRST DRAFT explaining that the visual accompaniments for each track from upcoming Declines Are Long Gone will merge together to create a story:

‘The video “Time Hails No Suns” intends to be our new EP Declines Are Long Gone‘s flagship. Each one of the 5 tracks has its own artwork. They illustrate the different topics of the EP with strokes and lines: from climate change to the quest for the self, from creating in a drowning world to finding life-saving connections. The challenge was to interweave all these narratives in a coherent way in the very moment of the track “Time Hails No Suns”, by asking Sébastien Vion to animate the art made by Lohengrin Papadato. In a visual narrative that cuts across these five pieces, temporalities overlap, tableaux repeat and transform, and we wanted each scene to be shown at different and singular moments, so that the viewer can reconstruct the narrative.‘

With music as captivating as what we have heard today, you’d be foolish not to want more. In which case, make sure you head over to the FIRST DRAFT Bandcamp to hear previous releases, as well as following the Facebook and Instagram pages to keep up to date with future output from the pairing. In particular, keep an ear out for the release of Declines Are Long Gone, due for digital and vinyl release February 19 via LyloProd.