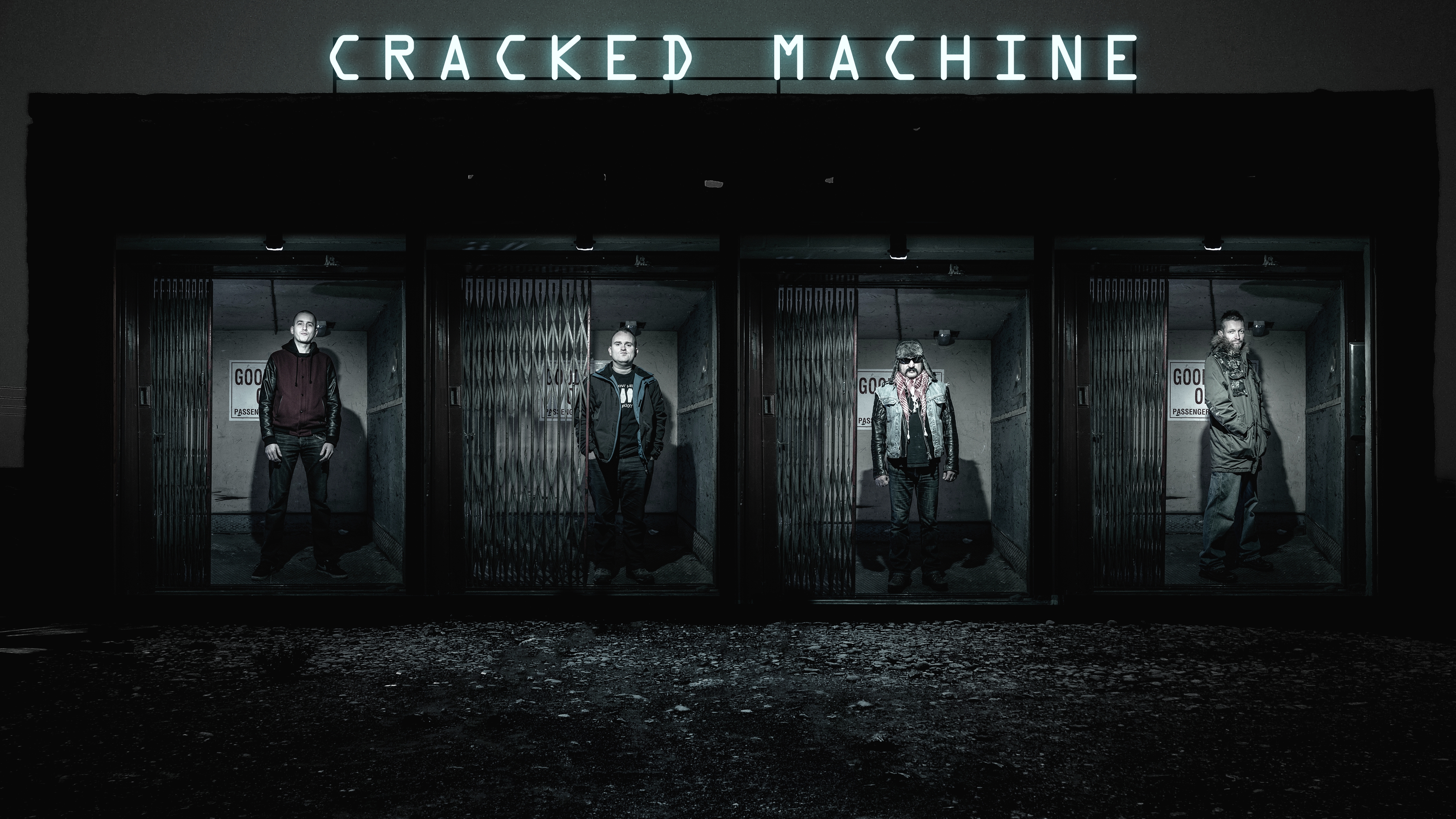 By David RodriguezFebruary 22, 2019 No Comments

Sometimes, you just want to – need to – take a little trip through the void. You lay yourself out, open your mind, and let it take you away. It’s hard to describe what can happen during moments like these, but there’s usually a good deal of catharsis involved, emotionally and mentally. It’s like giving your brain a bath, washing away all of the things that trouble you, at least temporarily. To that degree, UK’s Cracked Machine are just the soap you need to get the job done.

Taking an interest in the abstract, unknown, and human condition, the four-piece’s music reflects that interest in the form of spaced-out post-rock caked in progressive psychedelia. We’re proud to help show off their newest track “Kirimu” right here on Everything is Noise. It’s from their upcoming album, The Call of the Void, which comes out on April 12 via PsyKa Records.

The band is known for taking a more improvisational approach to their music, which shows in the free-flowing movement their songs take on. “Kirimu” is no different. Like an interpretive dance, the music sways back and forth with limbs made of escalating drums, multifaceted guitars, and warm and fuzzy bass. The track progresses from an agile, melodic humming to a busy soundscape with layer upon layer of noise that melts you down to form. It sounds like a very transcendental experience informed quite a bit from the psychedelic stylings that permeate through the music. “Kirimu” is the can opener to your mind’s freedom, and you can experience it for yourself right here:

Along with that, we have a look at The Call of the Void‘s trippy cover art and its tracklist. If you’re well-versed in world mythology, you may notice a distinct theme with the song titles:

Additionally, the band was kind enough to answer some questions about not only the sound of “Kirimu” and The Call of the Void, but also their thematic influences, how the band operates as artists, and a little more:

Song titles from The Call of the Void are made up of Japanese, Norse, Vedic, and other cultural and spiritual names of different mythical dragons or serpent-like beings. What was the reasoning behind this pattern, and does it play to a bigger theme within this album?

‘Yes. In fact, it is great that you have picked up on the connection between all the track titles. We went for these because, although the myths come from different cultures, they are all really about the same thing – the fear of the unknown. For this album, I think we wanted to explore the in-built ability of humans to destroy themselves and we went for the theme of the epic myths of the sea because that seems to be one of the main battlegrounds for survival at the moment. People don’t understand something, so they fear it and then try to destroy it and in the process destroy themselves. These sea monsters seemed ideal to illustrate our destruction of the oceans. Maybe Lovecraft influences creeping in there, or maybe Jules Verne. It is definitely interesting that throughout the history of people we have created similar myths around the world to deal with our fears.‘

Many bands come down to vocals at the forefront of their music to win fans. With your music having a decidedly instrumental focus, was there any pressure, internal or external, to build your psychedelic soundscapes a certain way to account for that?

‘There has definitely been pressure to add vocals into what we do. There’s a ‘pressure to conform’ that we are resisting, but I think it has developed us as musicians not to have that support of a singer to carry our tunes forward. I think we’ve learnt to understand our instruments a bit more. We used to throw everything at a song and find ourselves going around in circles. There is a freedom to explore themes without vocals. We like the idea of being able to create images and stir emotional reactions without being too prescriptive to the listener. The idea that each person who hears our music can take something unique from it is actually really powerful – and for us, maybe lyrics would get in the way of that. To be honest, it is not something we would totally write off and we have often discussed the subject – maybe there will be a vocal element in the next album… if it’s right for the track, who knows?‘

Aside from other bands, what inspires you to make the dense, atmospheric experiences that you do with Cracked Machine?

‘We each approach Cracked Machine from a different angle; our individual journeys to get to Cracked Machine have all been very different. That definitely has its challenges but through that tension we find areas of commonality which becomes the music we make. My personal journey to get to this album has meant going to some deep, dark places. I have been through the mill with PTSD: 12 years in the British Army can mess you up! But that experience has given me a rich seam of inspiration to tap into. When Cracked Machine started, the idea was to be a straight up, 3-piece stoner blues band. That idea didn’t make it past day one as we realised there was an energy we could tap into to create something “different”. The driving force behind our sound and style goes back to that idea that everyone can listen to the same piece of music and connect with it in their own way. When we play live, there is a huge energy in the room where each person in the audience and the band through the shared experience but in a unique way. Of course, that is not unique to us, but it is a huge inspiration for the way we approach our music.‘

What makes the improvisation aspect of your music so valuable as opposed to concentrated writing, and planning out riffs and sections of songs?

‘The idea of playing the same tunes the same way each time is really not what we want to do. For us, we agreed early on that the experience of creating music was as important as the music itself. What we wanted to do was to include the listener in that process as well. By having a thematic approach rather than focusing on details, we can harness ideas and energy of the moment, rather than trying to get back into the mindset of when we first wrote a song. Also, there is a dynamic tension which drives us forward along the arc of a tune. It allows you as a musician to experience the music in a different way. It’s really interesting to hear the song you are playing for the first time – as you are playing it. For the four of us, there is an element of escaping from our past where we would play setlists of songs gig after gig and get through the whole thing on autopilot. There is definitely something to be admired about a well polished, rehearsed performance, but for us – the tension and the fear of the unknown is the energy we need.‘

What do you want people to get out of “Kirimu” and The Call of the Void as a whole?

‘“Kirimu” for me has always conjured up images of flying low over cities and mountains, valleys and seascapes. There is a freedom to that track which I find liberating. Other people will take different things from it and associate it with their own imagery. Maybe that will change each time someone listens to it. That, for me, would be what we would want people to get from that track.  That goes for the whole album. I would like to think that there is something which will call the listener back and something they can find different in it each time. I know I find something new each time. We tried to create an album which was held together by a theme but approached that theme from several different (musical) points of view. I’d like to think we have done that with The Call of the Void. Music is about creating an emotional response and if we can do that, we have done our job.‘

Big, all-encompassing thanks to Cracked Machine for taking the time to speak to us about “Kirimu” and The Call of the Void. Be sure to give them a follow on Facebook and Twitter, and check out their Bandcamp to see their previous work. Preorder The Call of the Void on CD and Vinyl!