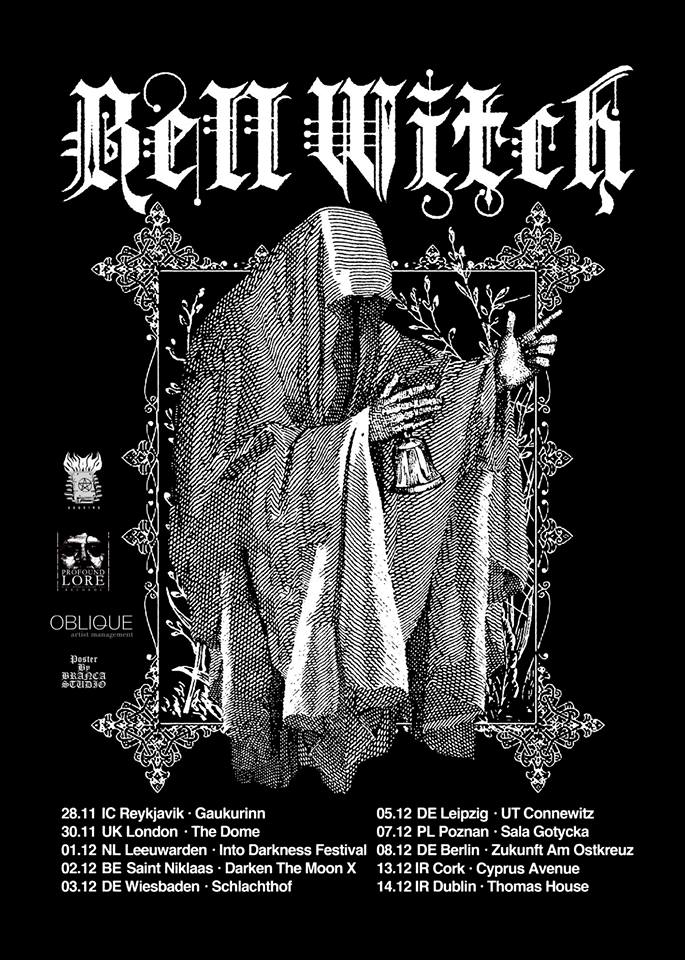 This Fall Brings Bell Witch and “Mirror Reaper” to Europe

At which time mark do you talk about a song? If you’ll ask Napalm Death they will probably laugh at you and answer with “You Suffer But Why”. Especially in progressive music, there’s an affinity for long songs. Bell Witch managed to extend one song into a full-length album with “Mirror Reaper”.

2017’s (funeral) doom highlight Mirror Reaper is an 84-minute journey of sounds, music, and ambiance. It’s with great joy that we let you know that Mirror Reaper is coming to Europe, in full! Bell Witch will get you into this year’s winter with their music. They already performed the first half of it this April but weren’t able to perform it in full, due to the length of Mirror Reaper. Now they’ll be coming back with Erik Moggridge of Aerial Ruin, performing in the second half with Bell Witch. Also, as the band stated on their Facebook, the performance comes with a video created by Taylor Bednarz.

I don’t know how excited that news gets you, but let me tell you that I’m super stoked! As this tour is a small one there are only a few dates. Don’t miss this opportunity if you’re a fan of great music. By the way, those shows seem to be seated. So one can settle down and relax to the music while watching the film. Tickets are on sale!

The tour dates are:

You can support the band and purchase Mirror Reaper on their Bandcamp!