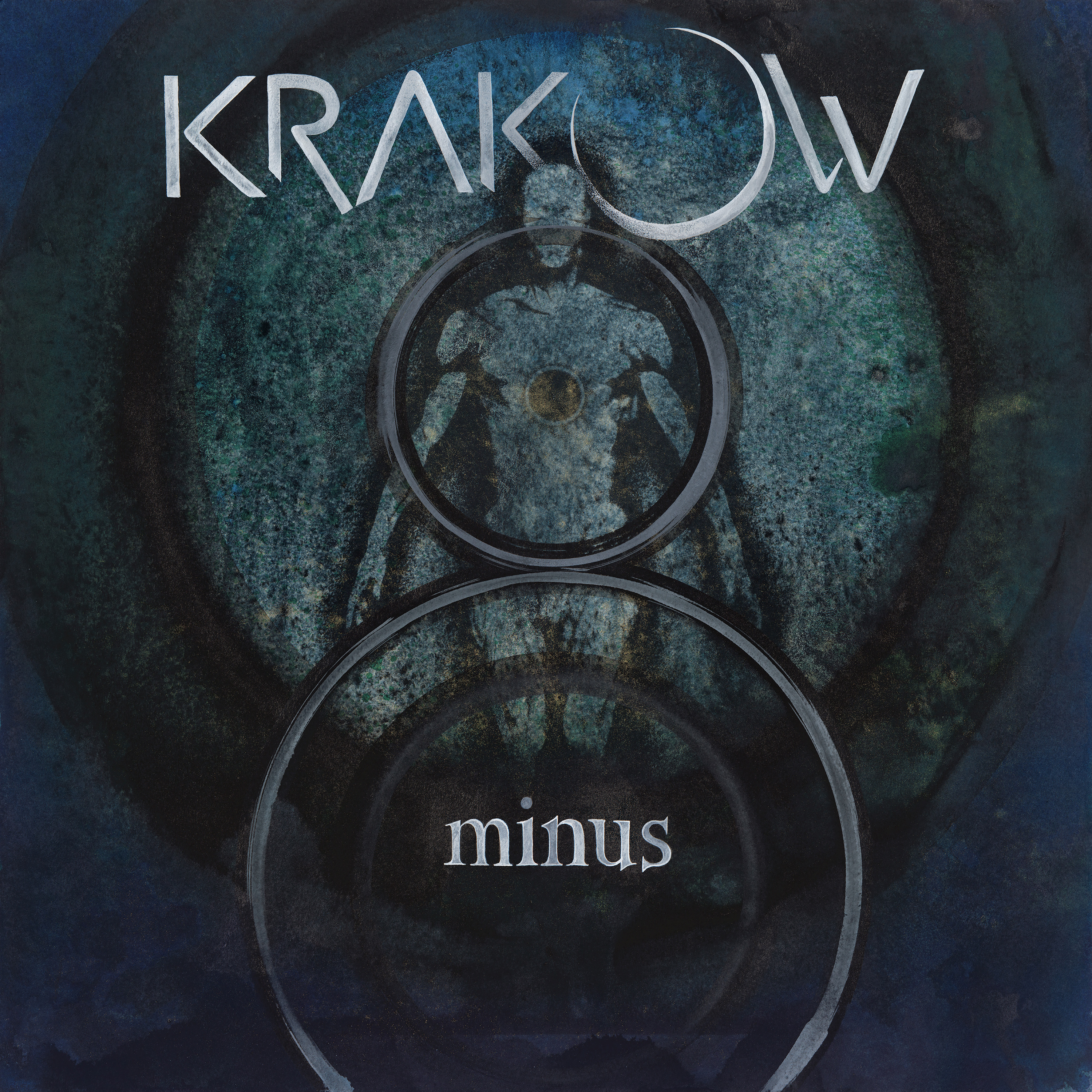 Time to find a comfortable spot and soak in the patiently foreboding treats of Krakow‘s Minus, a steady and intense record, which is more than the sum of its parts.

Within its emotionally perturbed post-rock setting, Krakow‘s latest album, Minus, siphons through the motions of several other heavy peers and their respective sub-genres. Within its six track space, one can hear morsels of Alice in Chains, Conan, Earth and Mastodon, and it all projects with the groovy fluidity of a record like Katanonia’s The Great Cold Distance. But enough name dropping of other bands! Let’s address this album at face value.

Okay, we have to drop one more, as the first track features guest guitar work from Motörhead‘s Phil Campbell. And the hard groovy opening of “Black Wandering Sun” is just about the smartest way to start an album of this calibre. The song has some deep substance, a steady rocking riff, and pitch perfect vocals, all of which subside deftly to a melodic middle. It’s a seamless fusion of prog and stoner, projected in an extremely natural and honest fashion.

But the band’s post rock element kicks in with “Sirens”, and once again, the harmonious vocals act as a nice sheen for the gritty guitar work. The music climaxes with an enraged breakdown, and charts a journey from sublime to tormented, showing that Krakow’s layered formula is capable of keeping listeners guessing.

And so we move on to third track, “The Stranger”. With its electronic intro and continuing guitar chords, the song takes on a mildly gothic tone. The steady pound and somber vocals render the track a great centerpiece of the album. In this case, the sheer subtlety brings out the magic, before crashing, like “Sirens” before it, into an explosive finale. Comparatively, the following track, “From Fire From Stone”, is a hell of a lot more doomy. Those proggy melodies and screaming leads are placed in a more sporadic tempo, which makes for a nice change of pace.

And from this, we get to the extra long instrumental title song, “Minus”, a nicely paced droney extravaganza, with something of a cataclysmic musical narrative. It begins with a fairly simple musical premise, and then patiently builds upon it, ensuring at all times that the leads enunciate the feel of the song, rather than act as a flamboyant distraction. We also get a nice post-rock guitar finish.

But we’re not quite done yet. The album closes with the equally epic “Tidlaus”, a kind of more serene follow-on from the two previous songs, with plenty of spaces in between notes to allow us to stop and think. As in nearly all other examples of this album, the pulse of the drums are the real hypnotic draw. The song represents a different kind of beauty to what drew us into Minus at the start. But it’s beauty all the same.

Rather remarkable is the dream state into which this album pulls us. Only right at the end do the vocals return after a near two-track hiatus, and with triumphant resonance I might add. The following silence makes the attentive listener ponder on how truly long they were lost in Krakow‘s world of Minus. Each song gives us a slightly different insight into what Krakow do, which just shows how adept and knowledgeable these guys are. To take snippets of numerous influences and pull them under the same umbrella is one thing. But to amalgamate it so smoothly is a talent reserved only for the few. The result is a masterful piece of work.