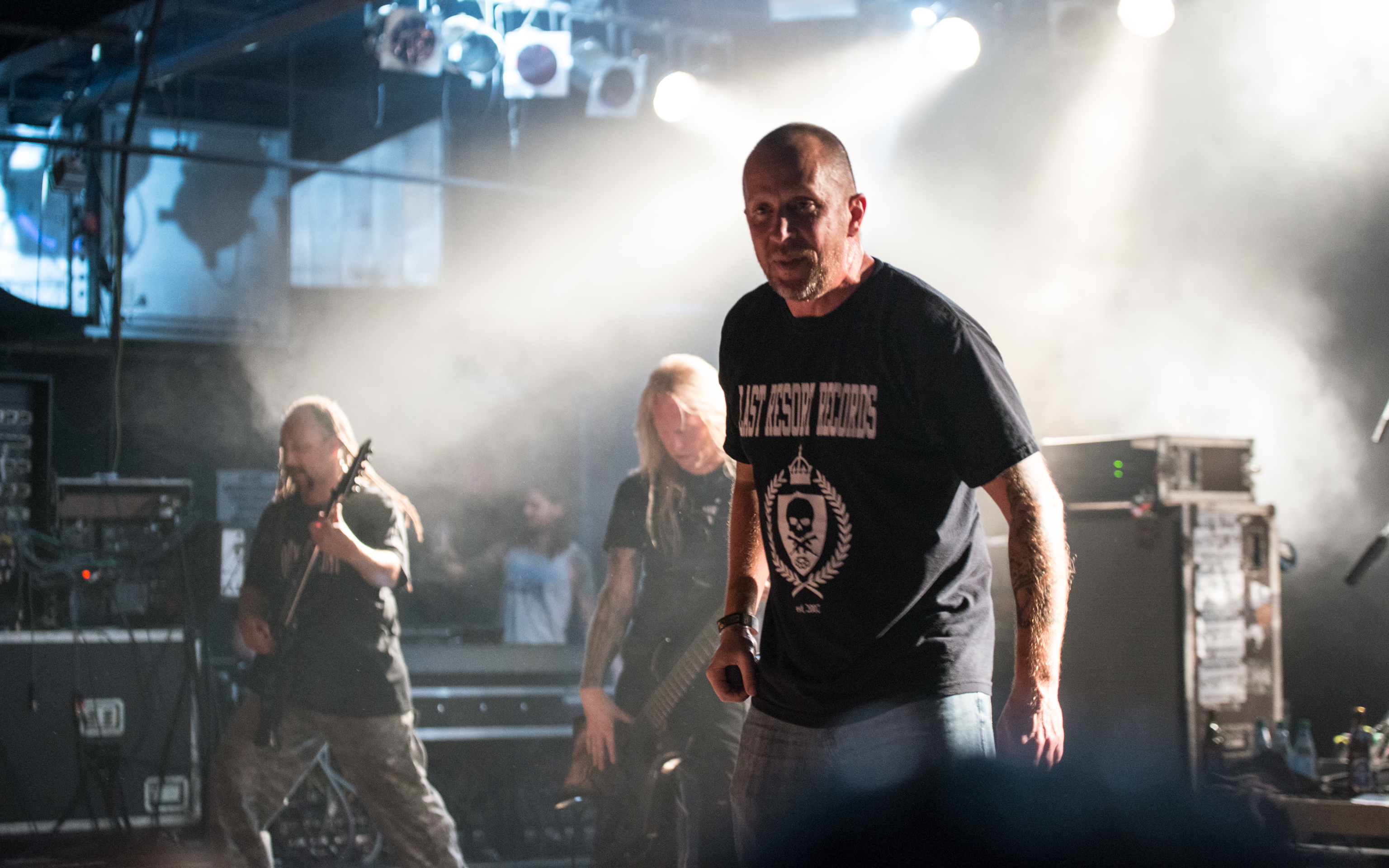 Suffocation and Cattle Decapitation Team Up for Massive Fall Tour

By death metal standards, this tour will be a bittersweet affair because it will be original Suffocation vocalist Frank Mullen’s last. He has toured substantially less in recent years due to work obligations but he still went on the road for a few choice gigs every once in a while (notably on October 16, 2017 in Montreal, a city where Mullen has a larger-than-life status). After this tour, Kevin Muller will assume Suffocation’s vocal duties full-time.

“After 30 years of being a part of this amazing band, which I have had the opportunity to tour the world and bring our music to the sickest fans on the planet, it has come to this time — I bid you a farewell…. We have had the sickest of times on the road, and recorded some of the sickest fucking music the planet has ever heard.… This has been the craziest ride of my life and I would not change a thing! Until we meet up again take care, stay brutal and I look forward to the next chapter.”

“Before I take my final step off the stage, to give back to all of you who have supported, me and the boys are going to head out… with some insane support acts! I hope to see you all for one last ride across North America. Stay brutal.”

Suffocation were an important influence on technical death metal in the 1990s.

Cattle Decapitation have grown beyond their (now only partly true) vegan identity to become one of the premiere modern death metal bands, incorporating melody without sacrificing heaviness.

Krisiun are nearly as old as Suffocation, and released some solid albums (1998’s Apocalyptic Revelation in particular) and output of uneven quality since then.

Soreption, the youngest band on the bill, play tech death. Anyone who writes a song called “King Of Undisputed Nonsense” has to be good.

Tickets will go on sale at Suffocation’s web site on August 10 and at the sites and social media pages of most of the venues listed in this article.