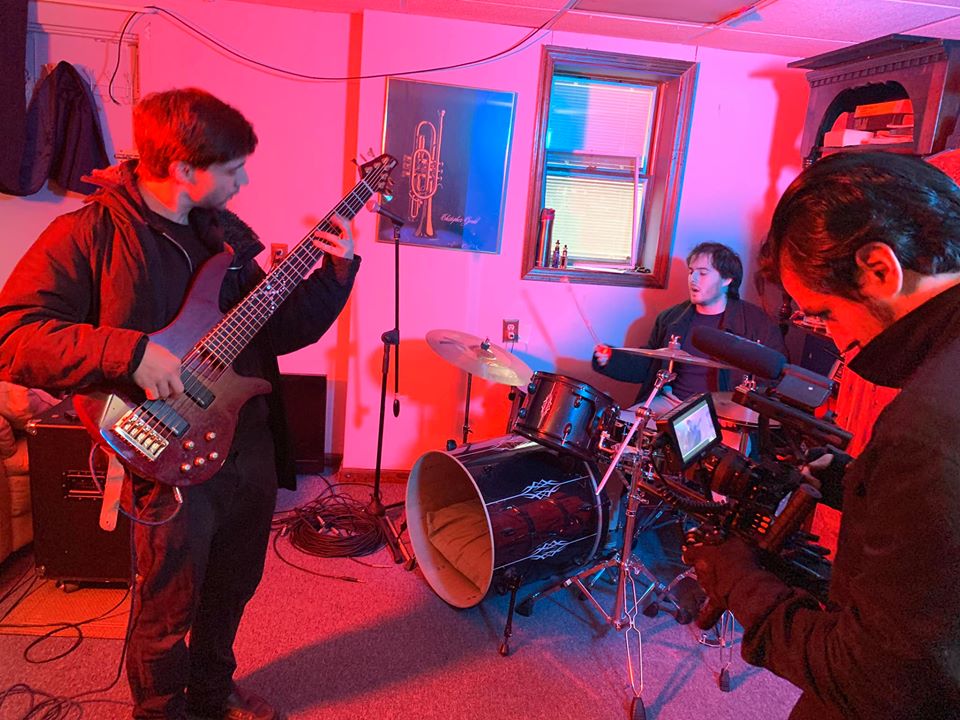 By Michael MartinJanuary 26, 2019 No Comments

New Jersey based math/progressive rock trio SAWCE are still relatively new to their craft, with their self-titled debut EP being released in December of 2017. In fact, they only formed a full band line-up and played their first show just under a year ago. Their novice as a trio has not hindered the band in taking strides toward making a name for themselves. Over this last year, SAWCE has gone on tour with Aviations, opened up for notable acts like Strawberry Girls, Night Verses, and Delta Sleep, and earned the attention and social media props of Circa Survive‘s Anthony Green. Recently, the band started a successful Indiegogo campaign, which has resulted in the upcoming release of their sophomore EP Bedtime Stories.

SAWCE is comprised of guitarist Adam Dabs, bassist Dom Portera, and drummer Nathan Gould. These three proved their instrumental and technical capabilities on their self-titled debut with seven bright and uplifting instrumental math rock tracks that are heavily influenced by Chon and Polyphia. Now, if the music on the brief Bedtime Stories teaser video (below) is any indication of what is to come, then we are in store for even more of that same mellowed-out awesomeness that will likely make excellent spring and summertime playlist material.

Bedtime Stories was recorded by Adam Cichocki at Timber Studios, is five tracks in length, and will be released on February 22. In further support of the new EP release, SAWCE will be playing three album release shows. Check out the track list, album art, and show dates below!

The EP is available for pre-order on multiple formats, including a vinyl pressing through Circuit Bored Records. Stay tuned-in to SAWCE on Facebook, Bandcamp, and their official page for any upcoming album and tour news!