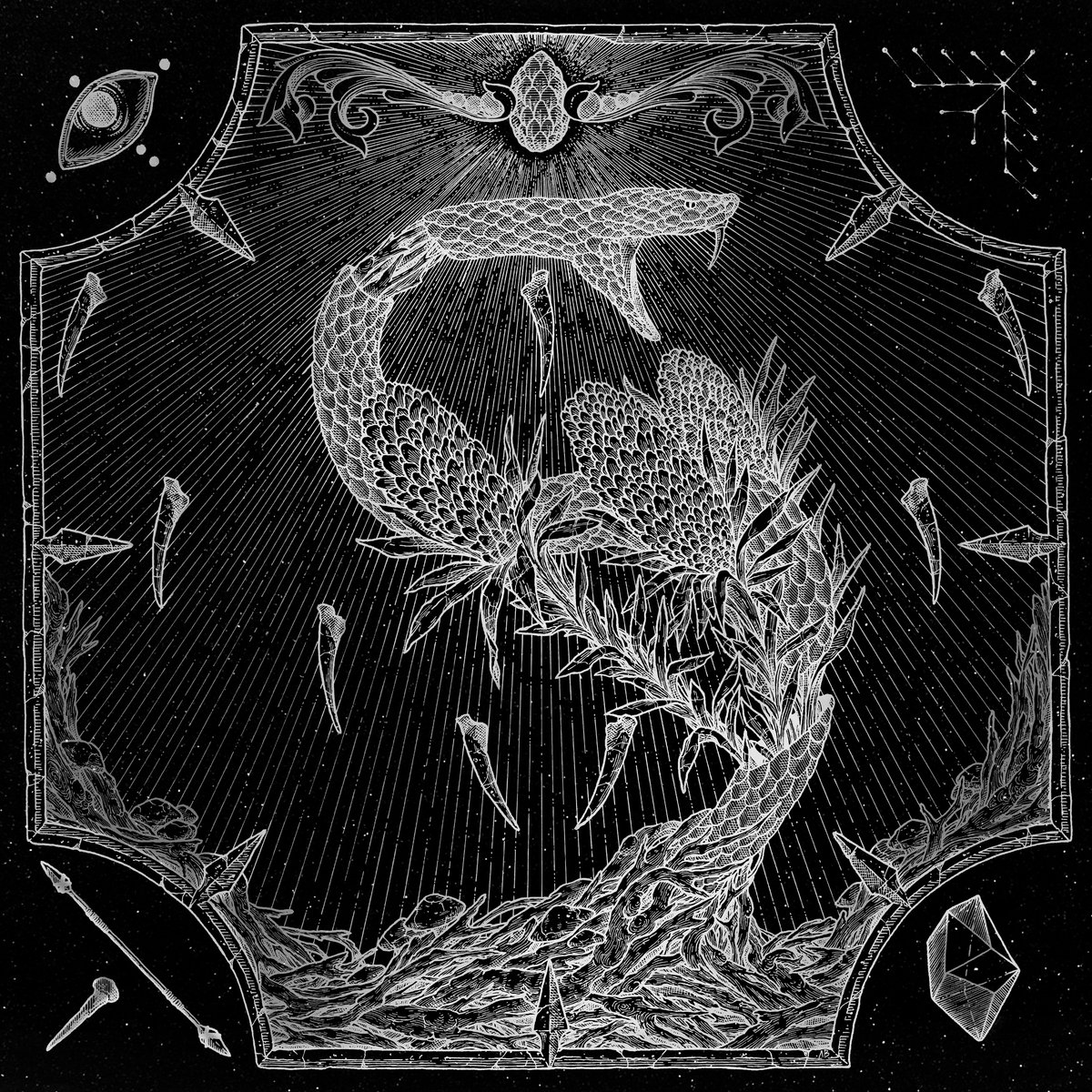 By Robert MiklosJanuary 26, 2019 No Comments

There aren’t a lot of bands keeping the flame of extreme progressive metal alive, but now there’s another that makes it brighter. Scoparia take an already known path but with a new destination on Renewal.

Scoparia are an extreme progressive metal band from Australia. They have been around for nearly four years, and after dropping an EP in 2016, they are back with their debut full-length, Renewal. I must say, this is easily one of the most promising debut albums I’ve ever heard. The album art stands out in particular. It looks pretty straightforward – a snake emerging from the roots of some plant, surrounded by an almost arcane assortment of symbols. But the way it is drawn leaves one to wonder what ideas are being pushed forward, somewhat alluding to times long gone.

Among other things, the band shared something of a preface to their album, a part of which reads:

‘Renewal imagines an alternative, yet frighteningly plausible timeline of life on Earth. It is an allegory for the systematic confusion, mistrust and deception spread by the proponents of hateful and intolerant regimes, and the resultant continuous cycle of ill-informed conflict between opposing ideologies based on perceived differences.‘

The album intro track is slightly misleading, but as soon as the album begins properly, you can immediately tell these guys are simply not fucking around. Structurally, we’re being treated with a densely orchestrated record, built with great attention to detail. The transitions between the heavier parts and the cleaner parts are timed with good taste. The whole mix is very organic in spite of its density; it leaves me thinking that everyone in the band is acting as if their respective instruments are extensions of themselves. There’s not much to say about the performances here, aside from the fact that they’re quite scintillating, and obviously technical prowess is likely the band’s last concern. The production value is flawless.

The album has a very cohesive feeling to it and a great flow. It runs on like a great movie – you don’t have any questions or anything to critique – you just enjoy. This record reminds me of Fragile Alignments from Nami in a lot of ways, not just musically. There’s a strong influence across the album that is just unshakable – and it is amazing. I feel it’s most apparent on “Illucidity”, one of the album’s highlights. “Atonement” is also notable, featuring the best riffing on the album, hearkening to Psycroptic‘s style. There’s also a fair Ne Obliviscaris influence scattered throughout, which is not only understandable given the band’s locale, but also quite welcome. Even so, Scoparia manage to retain an identity of their own and relish in it, an increasingly rare achievement in the world of metal. As the record ends, the last tracks gracefully tie everything together. In spite of its almost one hour run-time, it may leave some wanting for more.

Scoparia is just bristling with raw energy, talent, and a clear artistic vision. Australia is slowly becoming an ever greater beacon of exemplary artistry, and Renewal is truly fire. There aren’t really that many bands that, in such a short amount of time, manage to put out something that speaks volumes at this level. I’m sure we can look forward to Scoparia bringing us many more great tunes, and hopefully shows as well. Such talent has only one way to go – and that’s up.