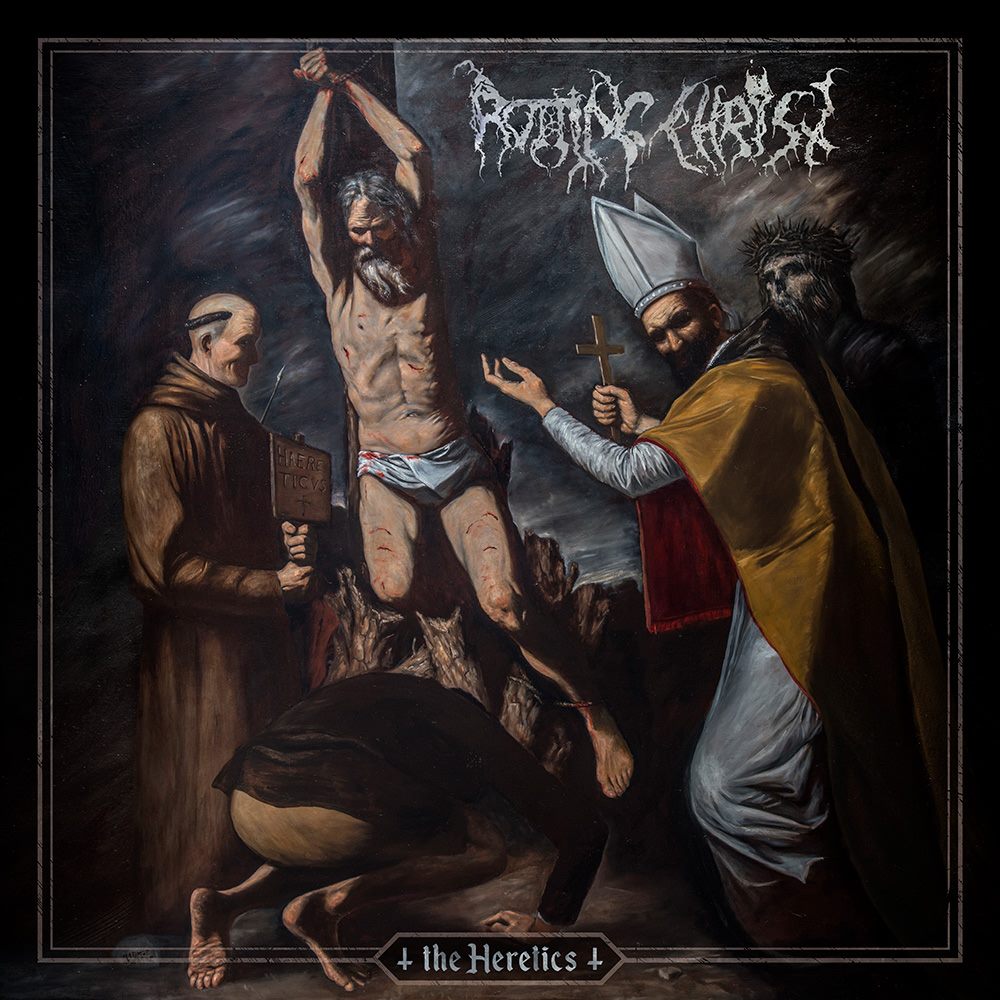 Rotting Christ Announce “The Heretics” with Some Very On-Brand Artwork

For years now, Greece has been the setting for some of the most heinous, offensive musical blasphemies ever visited upon an unsuspecting public. And in addition to the Mamma Mia! movies, the country has also been home to Rotting Christ. Wakka wakka honk honk, tip your waiter.

But seriously folks, the country’s premiere black metal act have announced their thirteenth album, The Heretics, to be released on February 15, 2019. In addition to the tracklist, which may or may not include a recitation of one of Edgar Allan Poe‘s most famous works, the band have also debuted some truly gorgeous artwork by Maximos Manolis:

Heaven and Hell and Fire? Sign me up! No album single yet, so enjoy another single released earlier this year.

Those looking to stay up to date with the latest on Rotting Christ, including forthcoming singles, tour announcements, and a book about the band’s history that drops later this month, should follow them on Facebook, Instagram, and their official website!