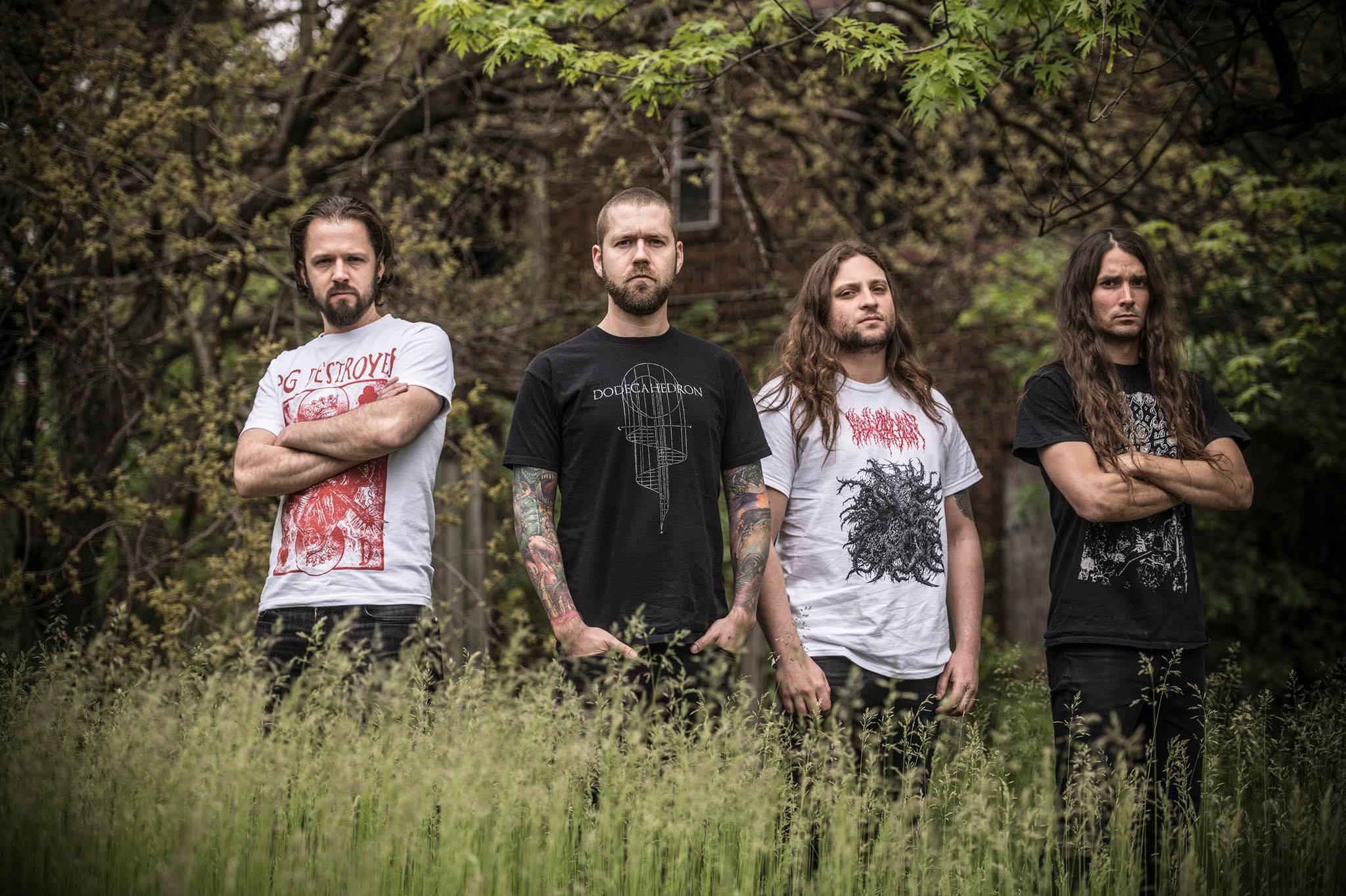 Death metal workhorses Revocation have dropped a brand new track titled “Of Unworldly Origin”, and it’s a belter! The song is four and a half minutes of low-end technical insanity with all the intensity and speediness one has come to expect from the band. Hear it for yourself right here!

“Of Unworldly Origin” comes as a build-up to Revocation‘s new studio album, The Outer Ones, which will be the band’s first full length release since their 2016 album, Great is Our Sin. Of the album’s themes, Revocation vocalist and guitarist David Davidson had this to say:

‘The title is my ode to H.P. Lovecraft and the entities of pure cosmic horror that rule that universe he created. Since the new music we were writing was so evil and spacey in sections it seemed to be the right title to fit the overall vibe. But while the lyrical content is largely influenced by such writings, in every allegory there is of course some reflection of the real world, so I enjoy writing in a way that could have one overlaying meaning and then another deeper, symbolic meaning as well.’

Check out the awesome album artwork as well as the track list: