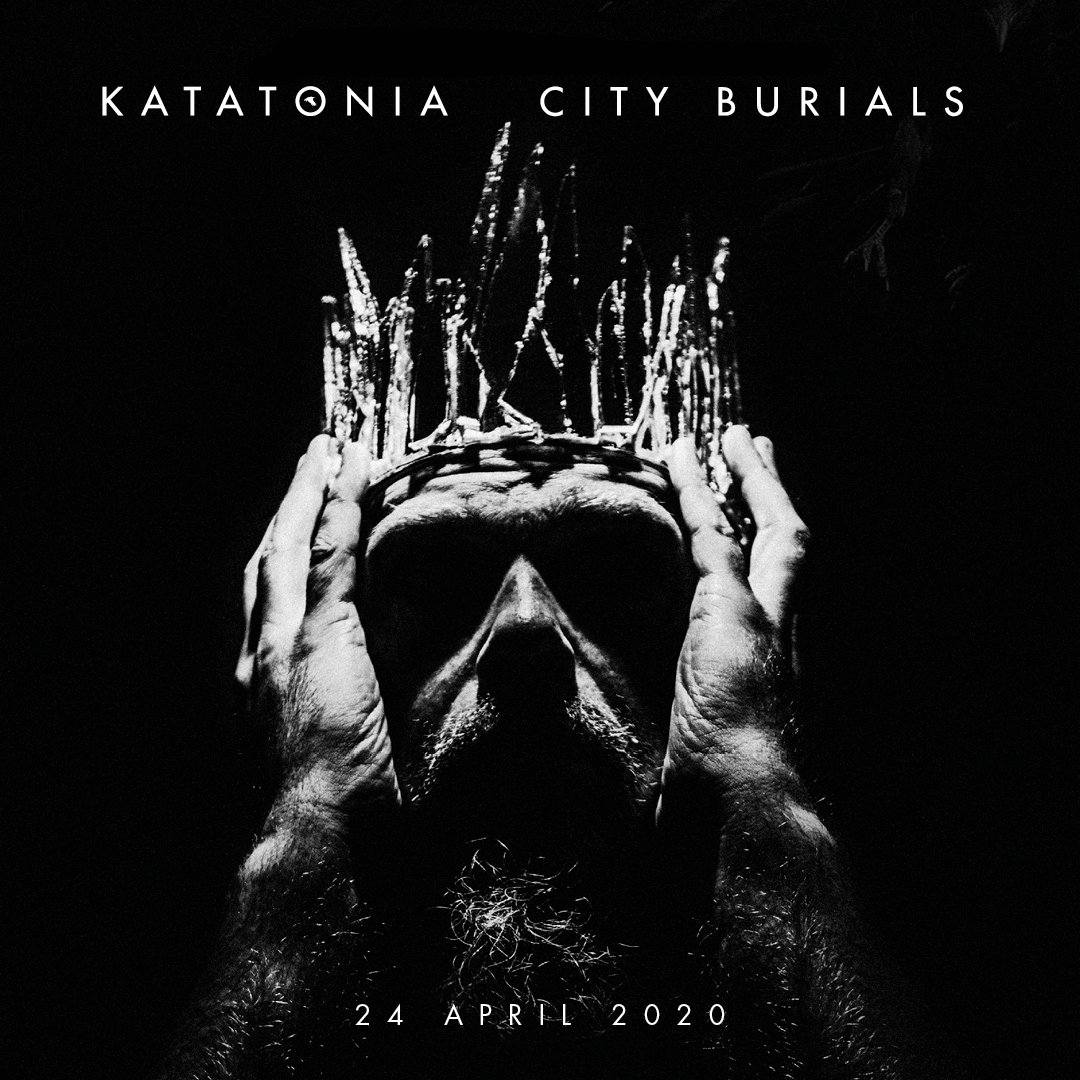 After a bit of a hiatus, they are back! Katatonia is returning with some new music for us! Very excite, many applause! This will be the first album or, indeed, the first of any new music we have seen from them since the release of The Fall of Hearts back in 2016, (2017 if you count the updated tour edition). For now we have been given a new single, a release date, and the name of the album.

First and foremost, the album is titled City Burials and it will be released on April 24, 2020. To tease and satiate us until then, they’ve dropped the single “Lacquer” which, as you’ll see when you listen, takes their sound in a bit of a different direction. Whether you enjoy the new sound I’ll leave up to you, but I, for one, am intrigued by what I am hearing. Preorders go live on Friday, January 31, 2020 through Peaceville Records.

‘In days and nights of black and silver, the dead end king will come. From pieces of broken mirrors there will be a crown bestowed upon his head. In reflections of shattered glass not only the seasons will turn, but also the change disguised by the lapse of time. His mind will have to come to bear the weight of everything that was left behind and forgotten. Archiving the inaccessible. Celebrating the abandoned and mourning the destroyed. The city burials.’ – Anders Nyström

If “Lacquer” offers any insight to everything else on City Burials then tickle me fucking ready for more. First thing to take note, there’s no guitars here, they have been replaced by synths and strings. Whether or not this is a one-off song or is indicative to what’s to come is something we’ll have to wait and see. The shining, standout characteristic within “Lacquer” is Jonas’ voice. He hits some pretty high notes considering how deep and mellow is vocal tones usually are – kudos, sir.

The track listing for City Burials is as follows: