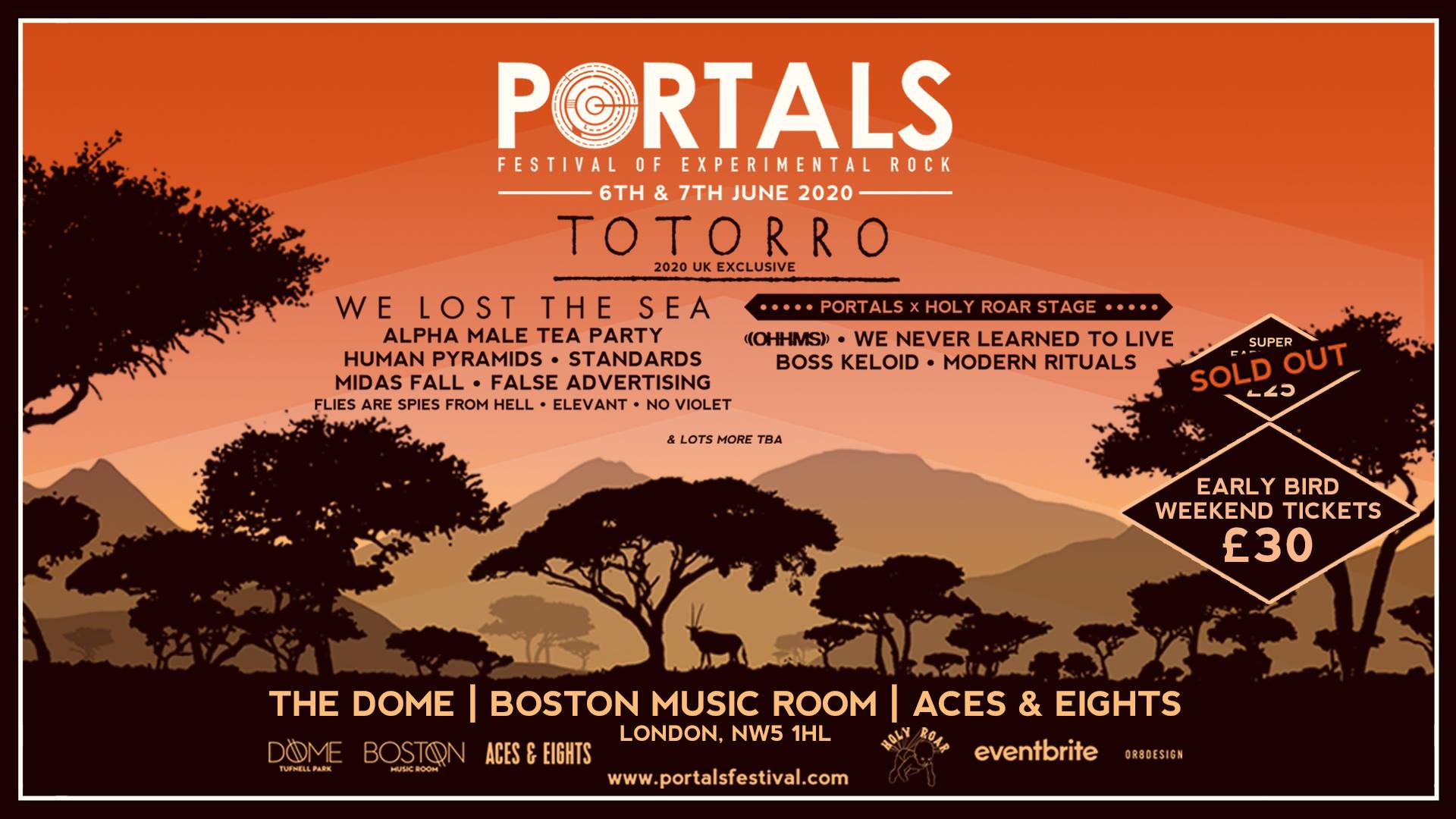 By Pete OverellDecember 18, 2019 No Comments

We’re in the thick of festival announcement season, with many editions posting their first line-ups, whetting the appetites of punters across the globe. One of the UK’s most promising festivals – Portals Festival – has now joined the party, announcing a slew of fantastic acts for their June shows. The festival will once again spread itself over three venues in London, and is hosted on June 6-7, 2020. The festival focuses on experimental rock, and as you’ll see from our review earlier this year, it presents a very varied, yet talented line-up.

Totorro is the main headliner announced so far and will be performing an exclusive set at the festival. The math rock legends sit right above the much sought-after We Lost The Sea on the line-up, whose latest album has inspired many to crow for their announcement on festival line-ups. You then have a slew of varied acts underneath, with Midas Fall bringing cinematic post-rock to the table and Alpha Male Tea Party performing their eclectic brand of math rock, too.

A special new feature for the Portals this year is the Holy Roar Records stage, dedicated solely to a range of the label’s artists. So far they have announced four artists for the stage, and one can only begin to imagine who might be next, based on their insane roster. Joining those above will be stoner-doom bands Ohhms and Boss Keloid, with post-hardcore group We Never Learned To Live also joining the party, alongside the up-and-coming Modern Rituals.

Very impressive for a first announcement we think! Needless to say, tickets are selling quickly, with the first two rounds of early birds already sold out. Comparing the announcement so far to this years line-up too, you can see that it is currently at only a third of its capacity, so there will be plenty more acts announced over the next half year in the lead up to the festival. Be sure to grab a ticket whilst you can and let us know who you’re excited to see!