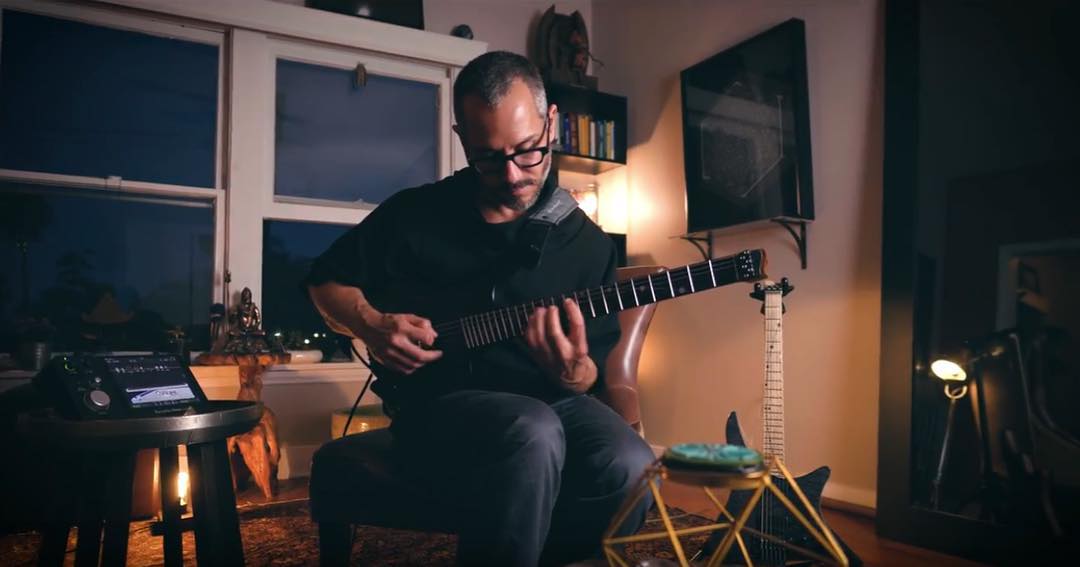 By Dominik BöhmerAugust 29, 2018 No Comments

News about Cynic frontman Paul Masvidal’s solo exploits have been circulating for a while already. Whether it was his own hint at an acoustic record earlier this year, or the general rumors about more material from this prolific artist, which no doubt stemmed from a pre-existent deep desire within his fanbase, there has been a lot of buzz surrounding Masvidal for the past couple of months. Well, it seems we can put the rumors to rest at last, because the man himself just offered insight into his release schedule!

In a post he made on Facebook a couple of days ago, he revealed that he looks to release three conceptual mini-records (whatever that term is supposed to signify; your guess is as good as mine here) under the shared Mythical Human Vessel umbrella over the next six months. There is a video trailer released by Masvidal available for your perusal; go ahead and check it out below.

There’s more to this announcement as well. In addition to releasing this three-piece album series, Masvidal is looking for visual artists of any ilk to help him realize some other visions connected to the project. Or, in his own words:

‘I’m inviting filmmakers, editors, animators and other visually inclined artists to put these new songs to visuals. This is a self-funded “art for art’s sake” project. If interested, please reach out and include a link to your work! Namaste. Thank you.‘

This might be a good opportunity for artists to get their name out there. So if you are interested in collaborating with this legend, or know someone who might be, you can reach him via his email address: masvidalien@gmail.com. Who knows? Maybe this could be your chance to be part of a unique project! Please note that we at EIN are usually very reserved about releasing other people’s personal info in such a way, but since Masvidal himself already released his email address on his personal profile, I felt like I might as well share it for your convenience.

This is all excellent news for all fans of Masvidal’s musical output. Exciting times are ahead of us for sure! But what are your thoughts on this announcement? Are you hyped for new Paul Masvidal material? Let us know in the comments. Also, make sure to follow him on Facebook to keep up with new intel on his upcoming records.