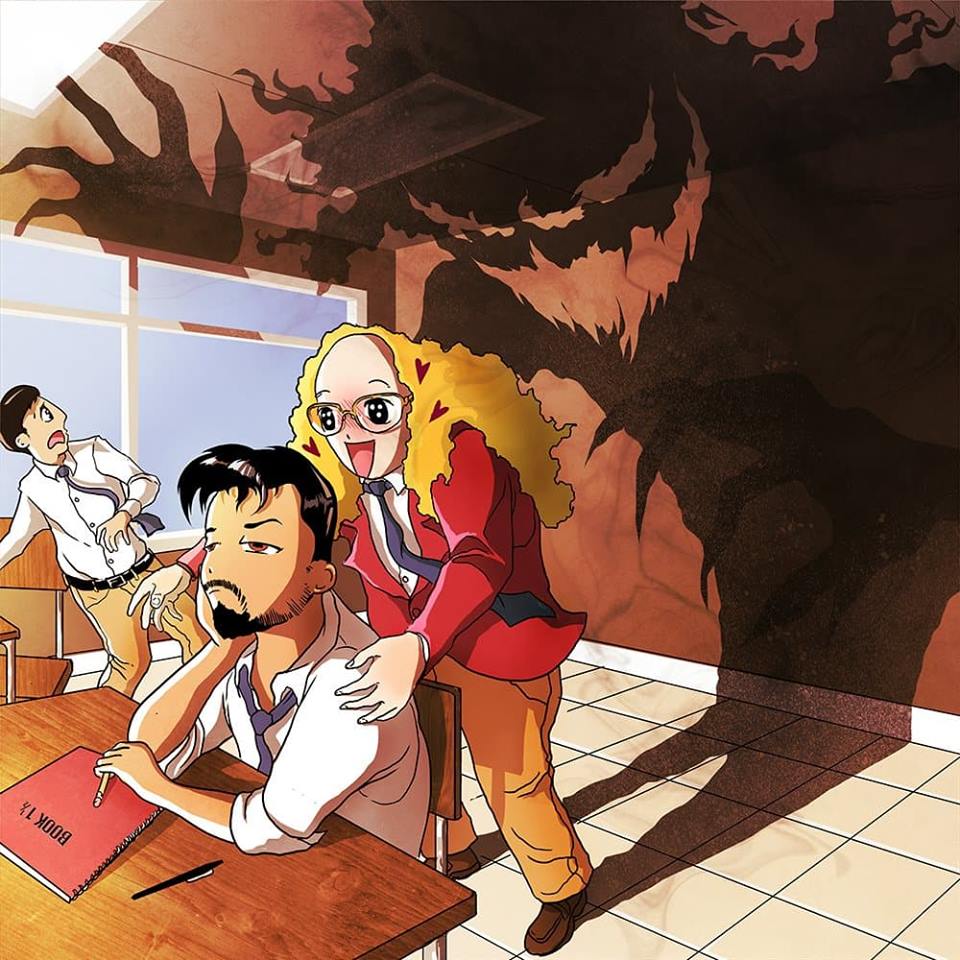 Others By No One Channel the Greats of Prog Metal in New Single “Oni-Chan!”

Filling in the gap between Book I: Dr. Breacher and the hotly anticipated Book 2, Others By No One have unleashed a new single upon us mere mortals, titled “Oni-Chan!”. Essentially the first song the band wrote back in 2014 when they were fresh out of school, this track means a lot to them and they’ve accompanied its musical madness with a suitably crazy video.

For those sleeping under a big rock, Others By No One are what you get when you cross Between The Buried And Me, Devin Townsend, and anime. This collective of Ohio-based prog-metallers are one of the hottest bands in the scene, and their debut album they released last year won them critical acclaim in the prog community. The band have plans to record their follow-up in spring 2019, but to fill the OBNO shaped hole in our aural cavities in the meantime, they have offered us this seven-minute belter.

Those familiar with Book I: Dr. Breacher will immediately recognise OBNO‘s trademark style – fun, crazy prog metal – in the opening minute. The band then channel Devin Townsend as they tear into some serious grooves and chaotic furores, overlaying them with intricate guitar solos with measured ease. “Oni-Chan!” takes numerous twists and turns, taking you back to the whimsical prog that is ever prevalent on Book I, before launching you back into the furious choruses. Finally ending up with a huge climax, this song has it all, and is certainly more exciting than anything the big bands like Between The Buried And Me have pushed out this year.

Speaking to Max Mobarry, lead singer of OBNO, he had this to say about the origins of the song and what it means to the band:

‘This period for us was very fruitful in being very creative and very musical and really strengthened our bond not just as composers, but honestly as true friends. It was during this time we stapled together jams and stupid riffs until it yielded a sound that had some sense of ‘completion’ to it, and that was this tune. It has all of the ‘classic’ OBNO elements – many dynamically diverse and extreme ideas passing by rapidly, huge hooks, some silly genre play, wacky time signature breaks, and jazzy clean parts interwoven with disgusting buzzsaw riffs. I find it pretty amusing that this goofy piece of weeby work, all about anime is still something we play live, and that it got the swanky studio treatment it’s earned, in order to commemorate that time in my youth, which this song will always bring me back to.’

So there you have it, the brand new song “Oni-Chan” from Others By No One! Mixed and mastered by Jamie King (BTBAM / The Contortionist), it’s available on Bandcamp and all other major streaming platforms. Be sure to check out their Facebook for the latest news and explore their blossoming community too.