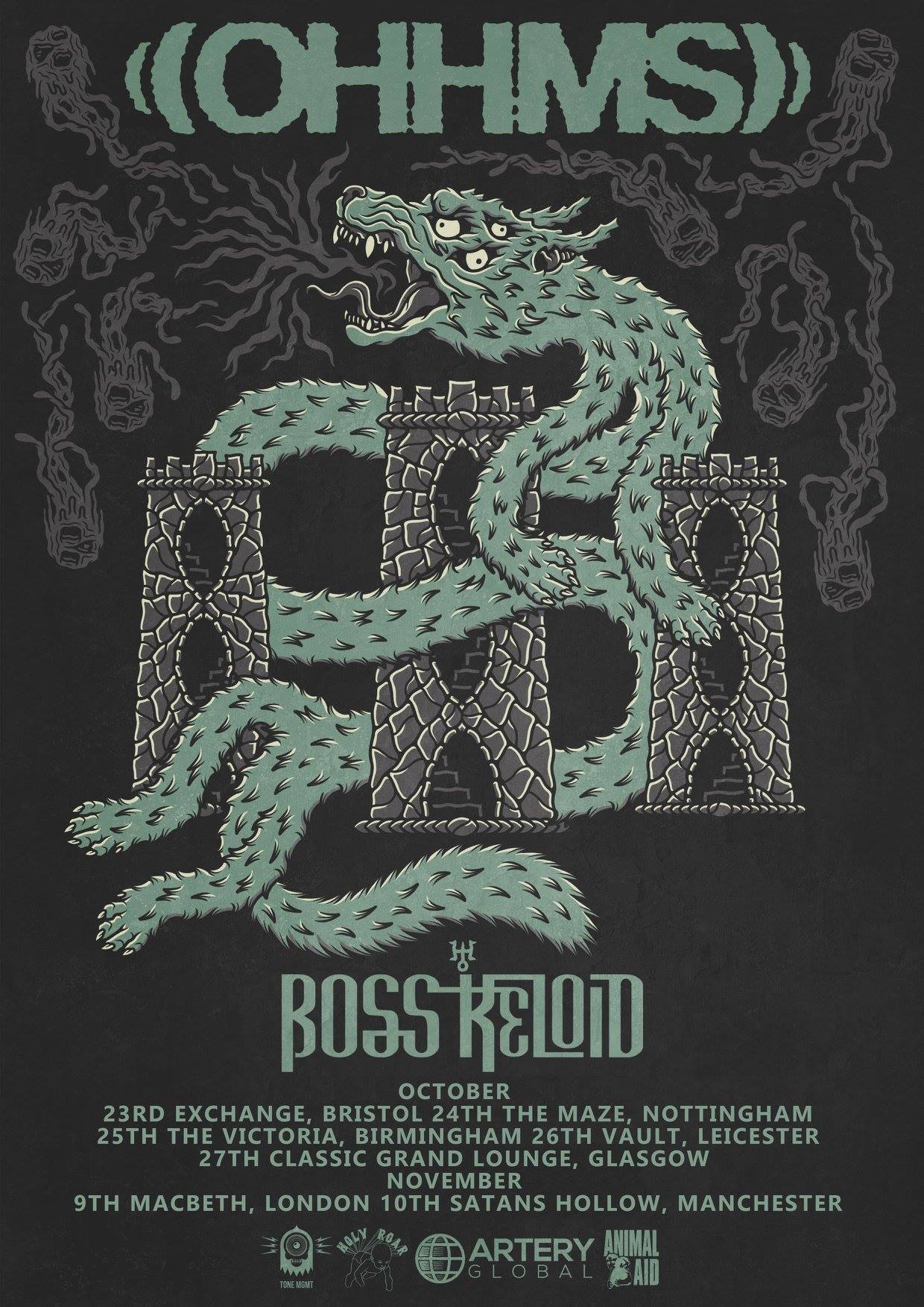 By Ashley JacobAugust 8, 2018 No Comments

Proggy noise rockers OHHMS have announced a new UK tour, with support coming from unrestrained experimenters Boss Keloid. The tour begins in Bristol on October 23 and concludes November 10 in Manchester. This will come as fantastic news for fans of either one of these bands. If you are a fan of one and have yet to discover the other, understand that you will be pleasantly surprised either way; both bands deliver a similar brand of highly energized and somewhat chiseled heavy stoner rock with a patient progressive twist.

It has also been a busy time for these two outfits. Even before this recent tour announcement, OHHMS have undergone an intensive live schedule following the release of The Fool in March last year.

Likewise, Boss Keloid are coming fresh off the success of their latest album, Melted on the Inch, which was only released last April, but has already received rave acclaim from critics right across the board. And deservedly so!

Dates are as follows:

November 9: London – The Macbeth Of Hoxton

To hear OHHMS‘ back cataloge, check out their Spotify and Bandcamp pages. For news, tour and merch, visit their official Facebook page. The same also applies for Boss Kelloid at the Spotify, Bandcamp and Facebook pages.

You can also check out both bands on the Holy Roar Records YouTube channel. Tour poster artwork was created by Pyre Climber. Check out his Facebook page here.