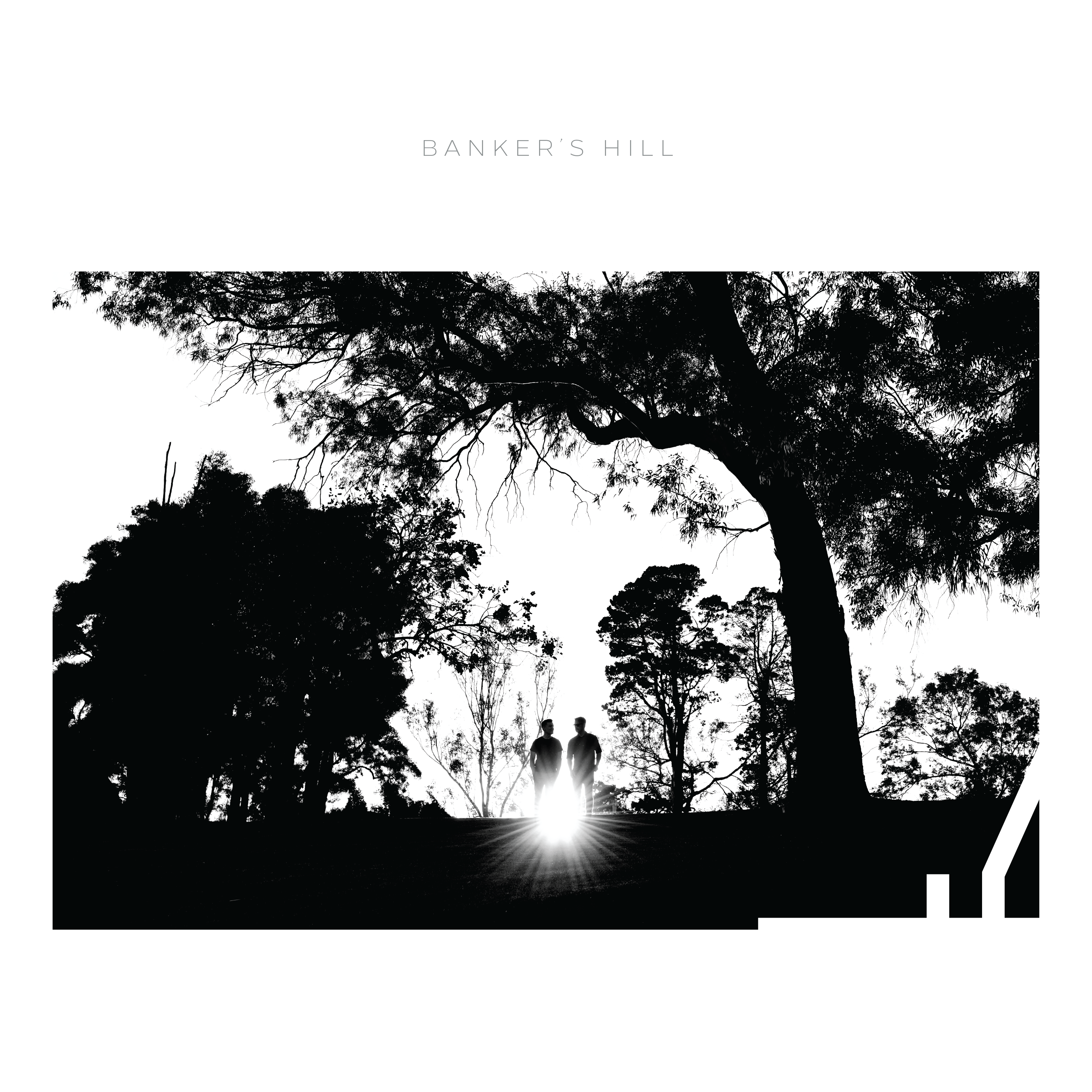 By Michael MartinAugust 9, 2018 No Comments

They are all creative and well-written tracks, but I still feel like I will be revisiting the earlier entries of the discography more often than Banker’s Hill.

El Ten Eleven have been a group for over a decade and a half and, for many, likely need no introduction. However, for those who are unaware, El Ten Eleven are a post-rock duo that formed in Los Angeles in 2002. Bassist/guitarist Kristian Dunn and drummer Tim Fogarty released their highly praised debut full length album, El Ten Eleven in 2004. They impressively execute their songs live due to Dunn’s use of six string basses and a double neck guitar played with a vast array of effects pedals and live looping, and Fogarty’s frequent use of drum pads and electronic drums, as well as his acoustic set. It is quite a mesmerizing experience to watch these two in action. Over the years, their songs have found their way onto many playlists and mixed cd’s of mine, so when I heard about the upcoming August 10 release of Banker’s Hill, my interest was definitely piqued.

Banker’s Hill opens up with one of the strongest, more upbeat offerings of the record, “Three and a Half Feet High and Rising”. An initial, ultra-catchy, bass line and drum beat is quickly layered upon by multiple Tycho-esque guitar riffs, before weaving in iconic post-rock moments of tremolo picked guitar notes played through a delay pedal.

Since El Ten Eleven‘s whole writing and playing style revolves around looping and layering, the songs often build and culminate into pretty explosive climaxes. The second track “Phenomenal Problems”, appropriately picked as one of the album’s singles, is a perfect example of said writing style. Moments styled in a blend of If These Trees Could Talk and Metromony ultimately culminate to a fairly heavy riff of distorted bass, while an Ebow screeches along in the background, helping to draw out some prime emotional energy.

While I wouldn’t say that I outright dislike any of the tracks on this album, if I had to pick a least favorite track, I suppose it would be track three, “You Are Enough”. The opening and main guitar riffs are a bit bothersome, and despite many heavier -even “punky”- moments on some tracks, this song feels just a bit loud and out of element with the rest of the album. However, this track is still no exception to part of what makes El Ten Eleven such a dynamic duo; each song has its own voice, is never repetitive, and is always something new for the band, all while always fitting nicely into their culminated sound.

Tracks like “We Don’t Have a Sail, But We Have a Rudder” and the title track “Banker’s Hill” are upbeat and math rock-y entries that I could easily picture Minus The Bear‘s Jake Snider belting vocals over top of. Fitting nicely between these two tracks is “Gyroscopic Precession”, which has a distinct trip-hop vibe that is reminiscent of early Blockhead or Bonobo.

“Listening to Clouds” is a pleasant change of pace. The drums hold a slow tempo as the layers of guitar interweave to create a spacey and mellowed out track in the vein of Pink Floyd. My personal favorite track, “Reverie” sees the return of the Ebow and the Tycho-esque style of pairing strong bass lines with fluid and vibrant electronics. Banker’s Hill quietly winds to a close with “This Morning With Her, Having Coffee”, a serene slow jam that sounds like it belongs on the Twin Peaks soundtrack.

Banker’s Hill is a really good album that easily displays how these two musicians have developed in their craft over the years, and I would never expect anything less from El Ten Eleven. However, after multiple listens, the only complaint I have is, when compared to their subsequent releases, I feel that the album is lacking in any real ‘stand out’ tracks. The kind of song you throw on repeat for a week straight. None quite give me the same ‘wow’ factor like “My Only Swerving” from El Ten Eleven (2004) or “Fast Forward” from Fast Forward (2015). They are all creative and well-written tracks, but I still feel like I will be revisiting the earlier entries of the discography more often than Banker’s Hill.