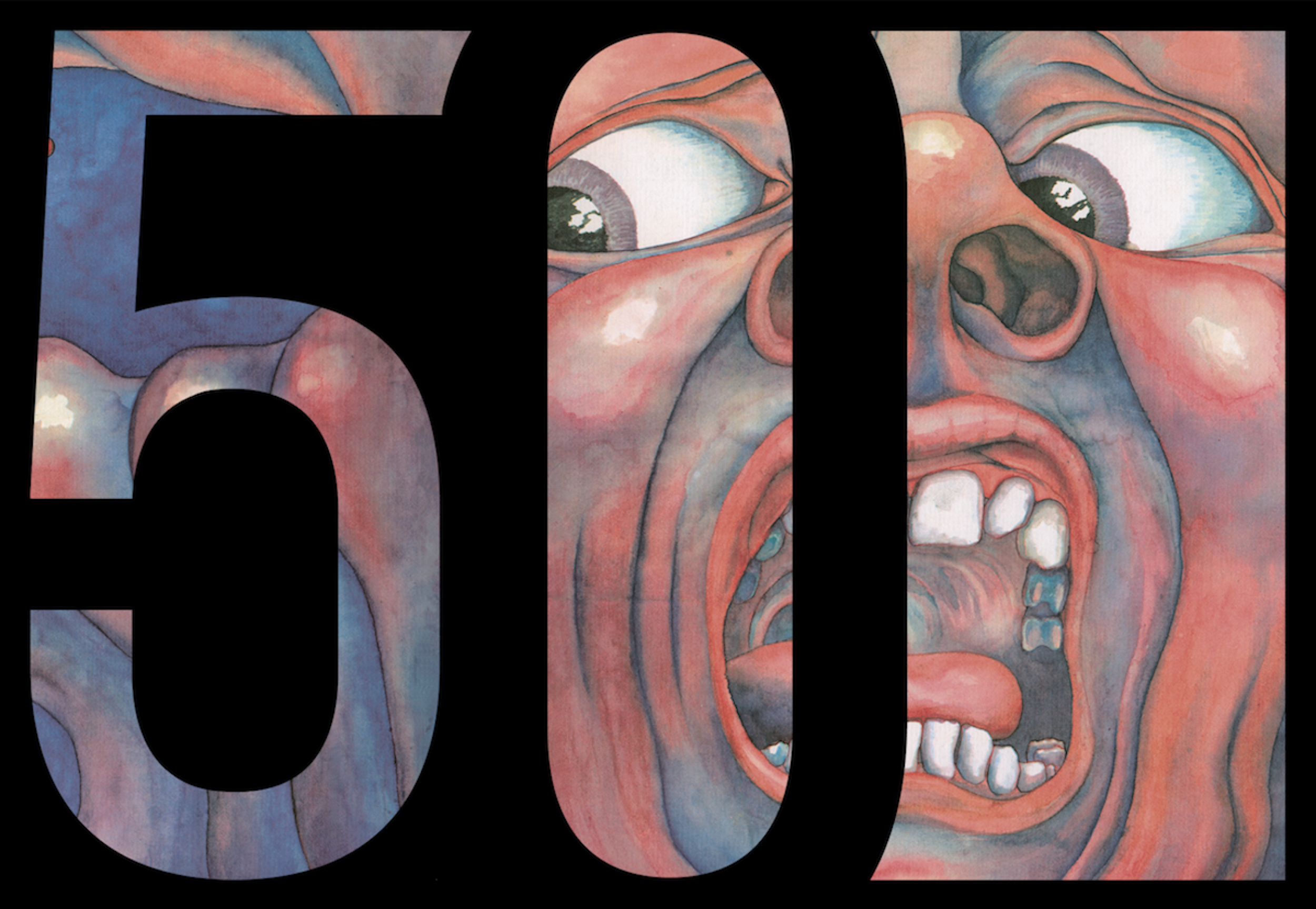 Everywhere you look, classic bands are celebrating their album releases with anniversary editions. King Crimson are no exception and have announced plans for the 50th(!) anniversary of their seminal debut, In The Court Of The Crimson King. Being who they are, however, means that they are doing a whole lot more than the standard 180g vinyl editions.

First up, they are continuing their touring plans throughout the year with, of course, 50 live shows. These have been announced and include high profile dates at London’s Royal Albert Hall, June 18, 19, and 20, and New York’s Radio City Music Hall on September 21.

Is that enough? Not for fans. There’s more; a lot more!

Crimson have toured extensively, and their brand of avant-garde improvised rock was designed to really come to life in a live setting. The band are celebrating various eras with live releases, including a recently discovered soundboard recording of a 1972 lineup concert. Other live recordings and new footage will be covered by Cosmic F*Kc, a King Crimson documentary. This will give us unique access to both the current lineup as well as interviews and live footage of previous members. If you’ve heard any of the current lineup Crimson live, this will be a pretty special package. The current band is arguably one of the best, and truly progressive.

If you’re not as familiar with their catalog, but we’ve piqued your interest, they are re-releasing 50 tracks, one per week, of back catalog classics, but in rare or alternate take form. The first track is already out and can be downloaded here and will appear on the usual streaming services. Each one of these will also be accompanied by a special spoken word introduction by King Crimson manager/producer David Singleton.

THE RETURN OF THE KING

And then we come to the album itself. On the exact same release date (October 12), 50 years later, we will see an In The Court Of The Crimson King limited edition box set. This will include live recordings from the session, and a new 5.1 remix. Beyond the music, there are also some goodies on the book and T-shirt front:

A few things strike me as amazing about this news. One is the fact that in 2012, Robert Fripp called it quits on making music, so to have the most amazing lineup ever, being as popular as ever, is a real achievement. The other is that this year long release schedule covers every fan, from the hardcore Crimson-ite to the most casual. You want to spend hundreds of dollars on the 6 LP box set? Go ahead. Want to pay nothing at all and just stream some new versions of classic King Crimson? Fine, do that. Celebrate and enjoy one of most unique musical collectives of the 20th and 21st century.

You can see the full list of releases and keep up to date with everything Crimson on their DGM page, here. If you want to see the 2019 tour dates, or book your tickets, check them out here.