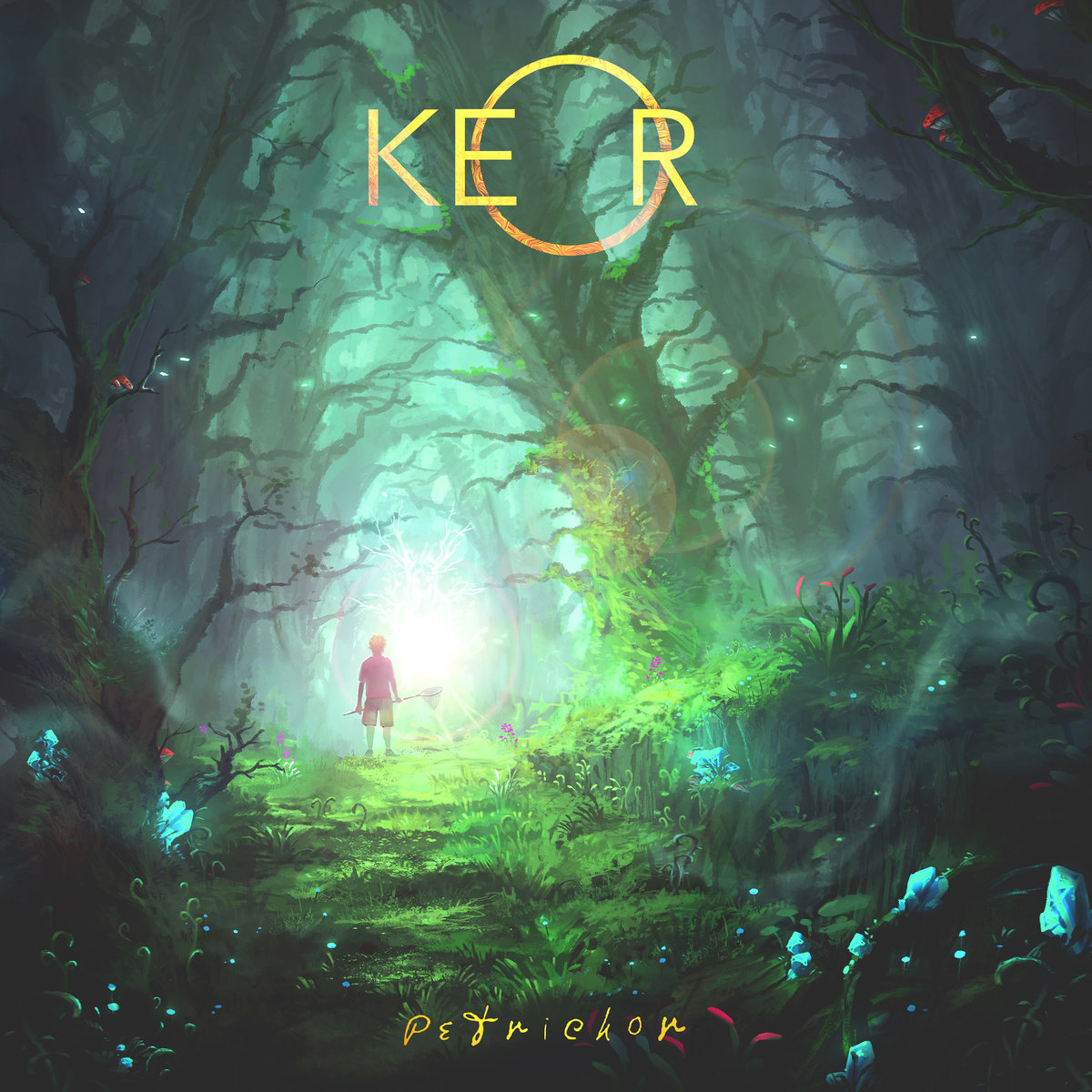 It doesn’t get a great deal more passionate than that. And if you haven’t already heard Petrichor by Keor, brace yourself for an incredible, full-bodied treat. Under Keor‘s guise, French musician Victor Miranda-Martin creates a supercharged homage to all things prog, old and new. Every progression in his music has substance, and every riff and melody packs a punch. Victor has steadily perfected this mantra since Keor‘s incredible 2016 debut album, Hive Mind. He was also kind enough to give Everything Is Noise an insight into his musical processes and inspirations, starting with the story behind his staggering latest release.

‘I started working on Petrichor early 2018 in January. At that time I was going through tough times, on a personal level, from which resulted a massive creative block. To be clear, I had been working on a second opus for Keor since late 2016 and had gotten pretty far in the process. The album was to be called Softer Tides. Unfortunately, it got to a point where it wasn’t going anywhere, and (after nearly two years) I was getting sick from my inability to finish it.

‘I eventually concluded that the material lacked honesty, and was based on a wu-wu fantasy of where I wished my life was at, so I tossed it all out. That’s when I started working on a new record (almost) from scratch, which became Petrichor (hence the very first words on the album ‘Keor second album, take two’). The writing was completed in only three months, and the recording process began June 2018.’

For a three-month craft, there is a hell of a lot to behold. The album consists of just five tracks, each one epic in its own right. Petrichor siphons through just about every emotion across the spectrum, and displays an adept range of musical intuition along a variety of instruments. No surprise then that the ground-up creation of this project was no simple feat.

‘Most of it is semi-automatic. I guess the process that I follow to create a song goes somewhat like this: I either get an idea from fooling around on an instrument, or out of nowhere in my head (often when I’m bored at school). If it sticks, it usually starts developing itself. I hear harmonies, and different instruments coming into play. It used to be just like an echo, but the more I study music, and practice ear training, the clearer the picture gets. I then proceed to write it down, or recording it as fast as possible, and from then on I try to trust my original inspiration. I try things out and listen to my inner feeling of whether or not it feels right, only keeping my ideas if they feel exactly right.’

One of the many entrancing moments found on Petrichor comes in the form of penultimate track “Terence”, which is, in part, named after the famous American ethnobotanist Terence Mckenna. It is everything great about Keor, all boxed into one track, and one which Victor has happy to help us demystify.

‘The way I understand it, Terence is any friend. So of course, it relates to my experience, but having no real intent when I start writing the lyrics, you’re free to view it as whoever you want.

‘”Terence” is, I think, the last track that was written for this album. It’s special in the sense that I usually write in a linear fashion (ideas come one after the other, within the unfolding of the song). But for “Terence” I laid out the whole structure at first, with only rudimentary guitar parts, then proceeded to work on the arrangements etc… I believe this is the most common way to piece together a song, but felt very challenging to me. Might also be the first time that I write a proper chorus! I trust that this method is the reason why it feels like the most mature song in the album (to me) and shows a possible new direction for Keor.’

As already stated, Keor serves as a homage to modern prog as well as old. But to say that Keor is just that would be a misrepresentation of the intuitive craftsmanship gone into the music, as Victor will gladly state.

‘As critics have already pointed out, Steven Wilson, Opeth, and Devin Townsend are big influences on me as I’ve listened to their music throughout my teenage years. They’ve definitely defined my taste in music early on. However, I think their influence might have been overestimated sometimes, especially concerning the general atmosphere of Petrichor. So here’s a random list of influences that are big on me :

But with such a whimsical narrative running through Keor‘s work, one can summarize that more than just music serves as source of influence, right? As it turns out, film and video games act as two other important inspirational reservoirs.

‘I don’t read a lot of fiction, so in terms of my imagination I’m more inspired by movies and games. Some of those could be Howl’s Moving Castle, Interstellar, Big Fish and Edward Scissorhands, Skyrim, Rayman 2, Journey and of course many others!’

Despite that fact that Keor has only existed for a handful of years, the progress has been momentous. And it appears that, in the grand scheme of things, Victor is only just getting started… And not just with Keor.

‘As for the future of Keor, I have a vision for the next album but I’m voluntarily taking a break from writing these songs. I’m currently mixing other people’s music, writing a video game score, preparing a master’s degree in music production, studying classical guitar, music theory and orchestration…

‘I’m learning a huge deal, and I want to let that sink in before I tackle on writing a new record. So when it comes, I’ll make it as original and inspired as I can manage. It won’t be too long, though.

And one final shout out of gratitude, to those all important people in the world of music…

‘I wanna thank the fans who (although not very many) have been absolute maniacs about this album, and give ‘em all a big fucking hug!!’

Petrichor is currently available on Keor‘s Spotify and Bandcamp pages. For all other news and info, visit the Facebook page.