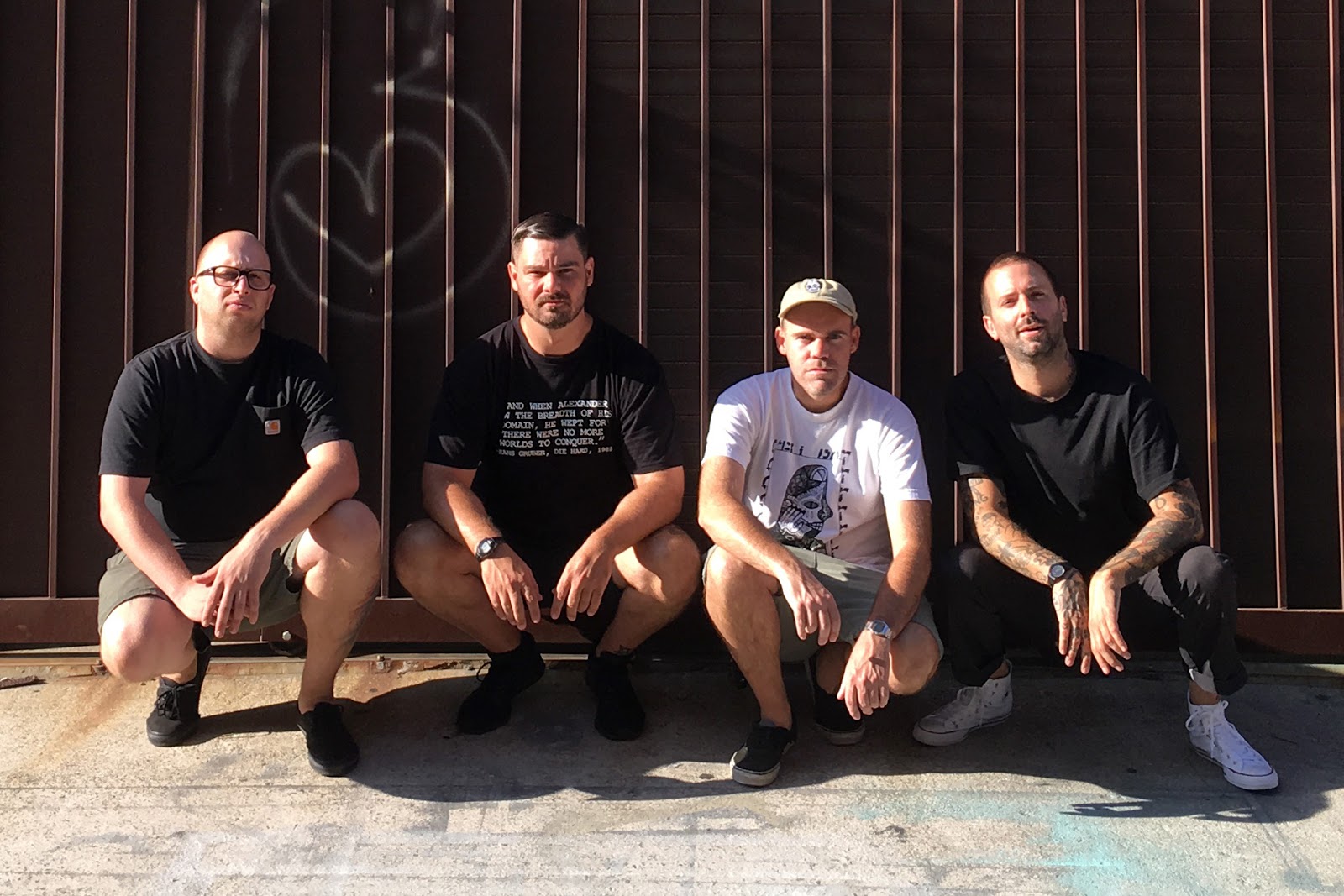 By David RodriguezOctober 23, 2018 No Comments

Graf. Fucking. Orlock. The LA hardcore band is surely boiling over with things to say, considering it’s been two years since they released their last album, Crimetraveler. Today, they announced their next step with LP Examination of Violent Cinema, Volume 1, which releases December 7 this year through Vitriol Records!

I regret to inform you that we do not yet have a single, but we do have plenty of context and textual teases for the new album! The touch of Hollywood continues to directly influence the band’s music, this time in a more straightforward fashion. Examination of Violent Cinema, Volume 1 can only be one of two things: the title of a college-level textbook for a film major, or a Graf Orlock album. The band is pretty open with their approach on this new album:

‘Inspired by a dearth of good 2017 films, Examination finds Graf Orlock in fine classic form; basing the entirety of this new release on twelve violent 2017 movies commingled with haphazard and bizarre ideas laid over pointlessly confrontational lyrical content. Contained therein is not only commentary on the weak and prosaic state of the last decades’ endlessly recycled and not-nearly-violent-enough releases, but also the question of how one could even contemplate the creation of ‘art’ in a landscape so devoid of vision. If there will never again be the singularity of almost-politicism and almost-social commentary that was the beauty of 1987’s Predator, should we continue to push this same human-sized ball of celluloid and shit interminably up the same hill?‘

Haphazard and bizarre ideas? Pointlessly confrontational lyrical content? I’m in! The band hints that two of the 2017 films referenced within are Blade Runner 2049 and John Wick 2, two highlights of last year for sure.

To go along with this album, guitarist and vocalist Jason Schmidt details the LP packaging, something that the band rarely does in any conventional manner: ‘a body bag containing a fully-sealed LP jacket with perforations in a triangle like an autopsied corpse… you have to rip open the perforations to get into the record and get it out‘. Brutal. You can see the packaging right here along with the tracklist, but it doesn’t do the package justice:

That’s about all we got for now. You can enjoy a great track from their last album above; be sure to check out Graf Orlock‘s official site, and Vitriol Records‘ site as well, where you can get a better peek at the packaging mock-up before Examination of Violent Cinema, Volume 1 comes out on December 7!