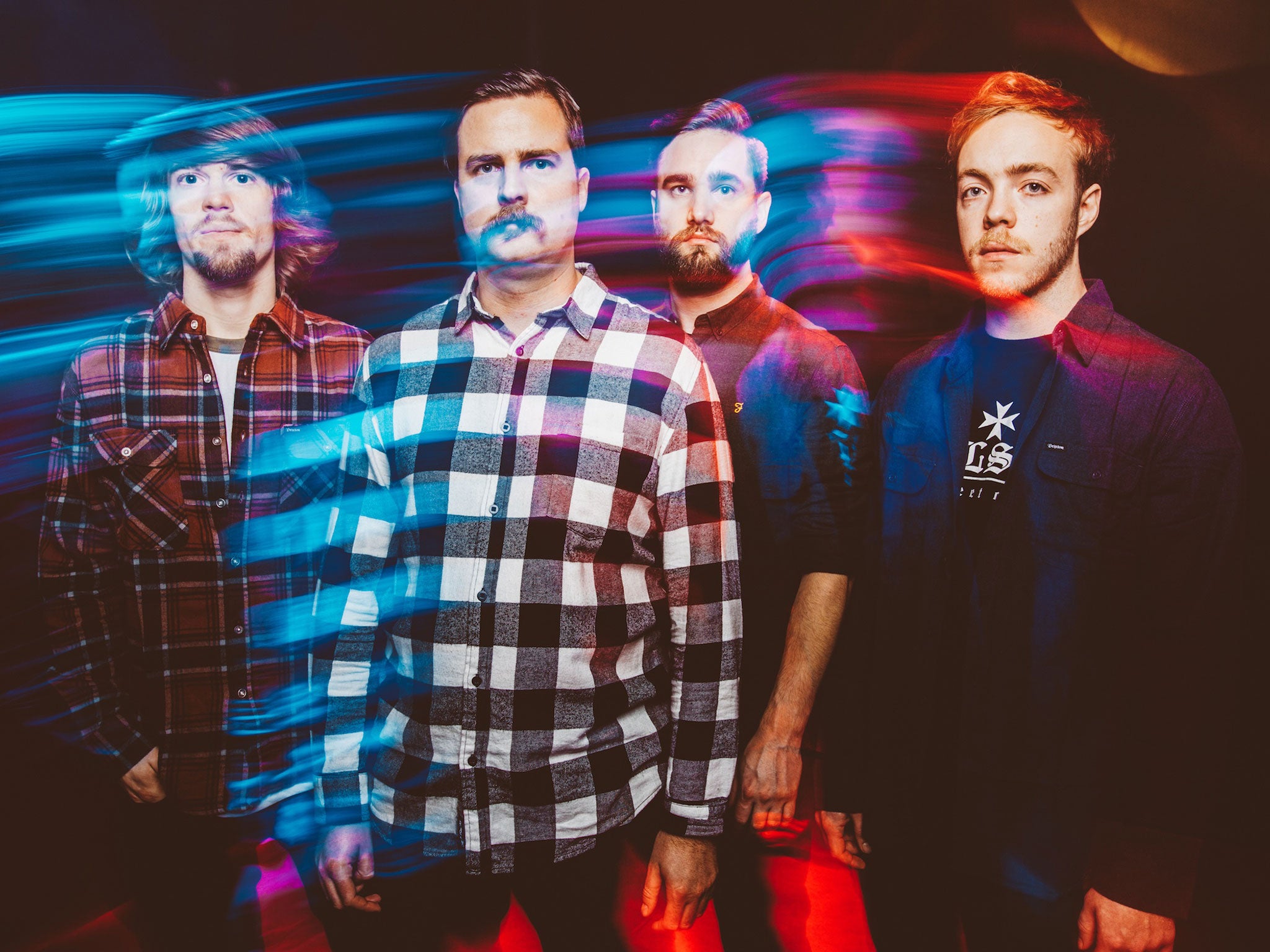 The progressive noise rockers Black Peaks have announced their most extensive tour yet: the ‘2019 All That Divides Tour’ sees the Brighton-based band cover ground in UK and Europe during October and early November, bringing along a variable set of supporting acts. Black Peaks have previously opened for widely acknowledged artists such as A Perfect Circle, Mastodon, and The Dillinger Escape Plan, amongst others. This recently announced headline tour is a continuation to a comprehensive set of festival performances taking place throughout the summer.

Their previous album All That Divides was released last fall to a wide critical acclaim, and the relentless touring ensued after can be seen as a direct consequence of that. Produced by Adrian Bushby (Muse, Foo Fighters), the album saw the band making some ambitious leaps and strides, shifting the mathy elements into more progressive ones and having more focus on the individual song structures. The songwriting has matured a lot (which goes on to prove a point in their newfound conspicuousness), and the band know this, saying;

This tour truly is a step up for us as a band, and we’re genuinely so excited about every aspect of what we have planned. These are some legendary venues, some amazing support bands, and we also have some tricks up our sleeve too…We’ve just had some truly life-affirming festival shows for us as a band, and right now we’re hungry for more! See you all in October!’

On the UK part of the tour, direct support will be provided by Black Futures and Bitch Falcon. Both of these up-and-coming punk rockers have released numerous singles within the past years, and are preparing to release their first full-lengths this year (the former during August and the latter on a later date). On the European portion, the support will be supplied by British alternative rock/post-hardcore artist Jamie Lenman (formerly of Reuben) and Bristolian grunge bronanza Phoxjaw, who are touring in the wake of their newest album, A Playground For Sad Adults.

Find all the “2019 All That Divides Tour” dates below:

Make sure to follow Black Peaks and their supporting acts Black Futures, Bitch Falcon, Jamie Lenman, and Phoxjaw to stay on top of all things regarding the tour, as well as music news from each!