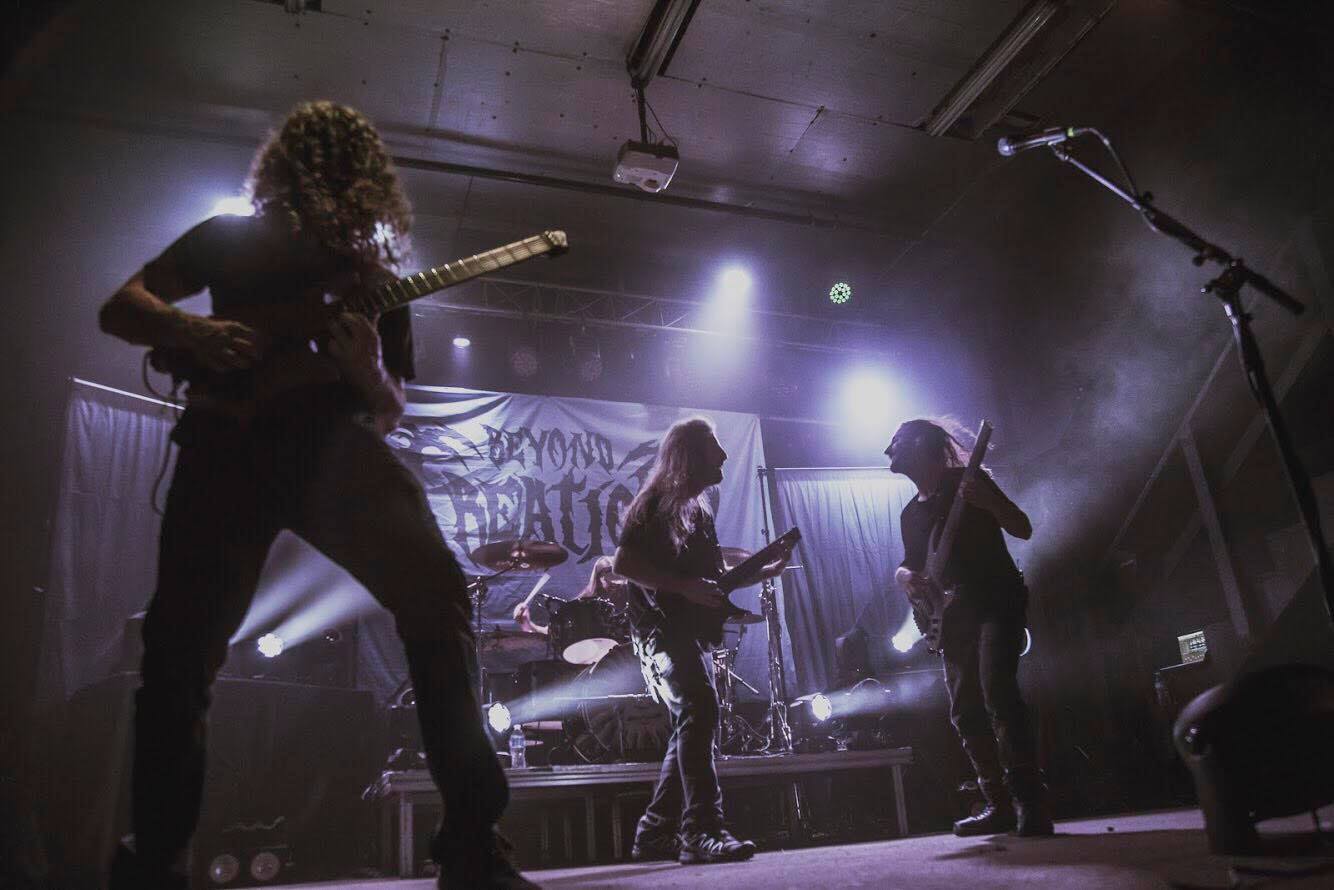 By Ashley JacobNovember 26, 2019 No Comments

Even a year plus after its release, Beyond Creation continue to bring 2018’s Algorythm to the live stage. It’s just that damn good. Witnessing the tech death giants rip through it track by track is something truly special, and now residents of Eastern Canada have the opportunity to do just that.

The Ontario Tour commences this coming December 5 and concludes December 14. Accompanying Beyond Creation on this swift but exciting escapade are the similarly-minded Californian metallers, Inanimate Existence, whose latest album Clockwork was released earlier this year.

You don’t have to go windmill-crazy in the mosh pit to enjoy this kind of gig. It’s actually sufficient to stand with a lowered jaw and nod your head in an entranced stupor at the technical showmanship of these musicians. The tech death titans of today hone their craft with extreme diligence, and yet the onstage presence of bands such as Beyond Creation is a relaxed, fun-loving, and inclusive one.

As well as performing the Algorythm run-through, audiences can also expect some classic tracks from The Aura and Earthborn Evolution thrown in for good measure. Think of it as a very mesmerizing party, and both a worthwhile and memorable experience, wherever in the world you happen to see them.

In the meantime, you can get reacquainted with Beyond Creation on their Spotify page, and keep up to date on all news and info on their Facebook. You can also check out Inanimate Existence on their Spotify and Facebook.