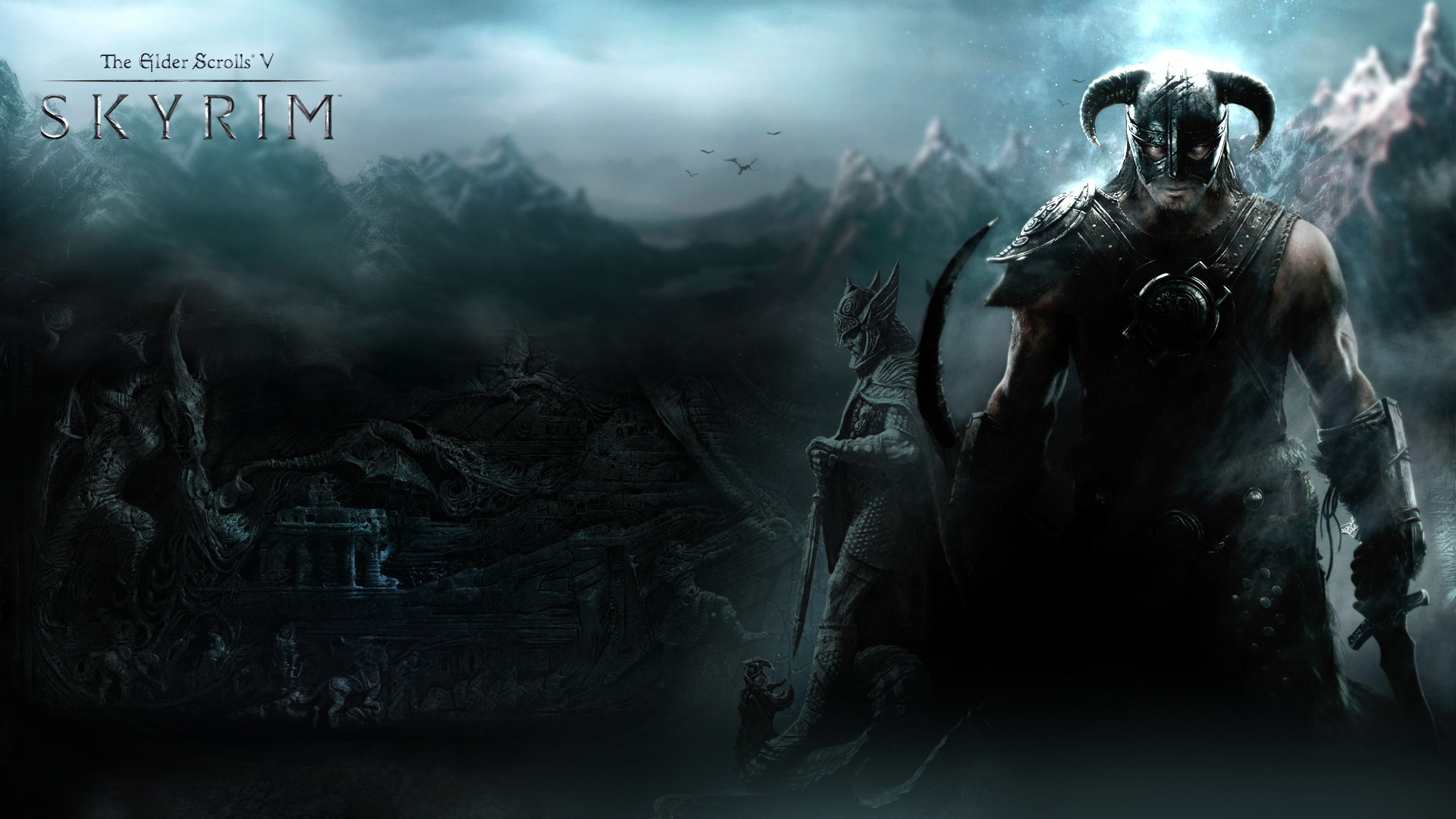 Stop! You violated the law!

There have been very few games in recent memory that had the capability of instigating an equal amount of nostalgia and memes as The Elder Scrolls series. From arrows being shot in the knees to stolen sweetrolls and being ganged up on by mudcrabs, it is hard to find anyone who has not either seen the memes, played these games, or at the very least knows of their reputation. What I believe most players underestimate, however, is the impact of the music within, and its utter necessity for these games to become the classics that they are.

Composer Jeremy Soule is nothing short of a mastermind when it comes to his musical creations. Getting his start in the early 90s working for Square, he and his brother went on to create Soule Media – later changed to Artistry Entertainment – as an independent outlet for them to outsource their work. Soule would continue to spread his influence and compose the scores for the first five Harry Potter games, earning himself nominations for ‘Outstanding Achievement in Original Music Composition’. Soonafter, he would score other high profile, triple-A games such as Star Wars: Knights of the Old Republic, Guild Wars and Guild Wars 2, and of course, The Elder Scrolls.

I still remember my very first experience with The Elder Scrolls series. My mother bought me an Xbox 360 the weekend it came out. We went to Blockbuster (I’m showing my age a bit here), and I noticed The Elder Scrolls IV: Oblivion. It looked really cool and had decent reviews, so I begged my mom to rent it for me. It was in this that I discovered one of my favorite video games of all time. As soon as I put the disc in, I was greeted with one of the best main themes in any game in my opinion: “Reign of the Septims”. As the main menu slowly fades into view, the drums and strings begin to build, providing a feeling of power and ambition unlike anything I had ever heard before. There is a sense of triumph and purpose as the song continues, producing highs and lows of the brass section juxtaposed by the softer strings and flutes. It’s a feeling that has stuck with me for all these years, and I have Soule to thank for that.

One of my favorite aspects of Soule’s compositions is his ability to create a distinct atmosphere for any location in the games he scores. If we look at “Tension” from Oblivion, there is a noticeable feeling of dread and fear of the unknown, which is why this song is mostly used for dungeons. There is also “Death Knell”, which most players know as the standard combat music. You look around frantically to find what is attacking you, only to be nipped by a mudcrab. For me, however, none of these come close to “Sunrise of Flutes”. Used primarily for calm exploratory music, it provides a calm and gentle background while you run around the lush forests of Cyrodiil discovering new landmarks and unexplored areas. I have literally used Soule‘s work with Oblivion as background music to fall asleep. I’m just not sure if I can convey strongly enough not only the strengths of the composition, but also its diversity and multifaceted capabilities.

As well-known as Oblivion was, it was but a drop in the ocean that was 2011’s The Elder Scrolls V: Skyrim, which is, considered by many to be one of the greatest games of all time. Winning over five Game of the Year awards from major reviewers, Skyrim was an immeasurable success and an incredible follow-up for its predecessor. Soule once again took the helm of the game score, and with it, he won the Game Audio Network Guild award for Best Original Vocal Song, and took home numerous nominations for Best Original Music, Best Score, and Music of the Year.

With a larger budget and essential free reign to do what he wished to create for the world of Skyrim, Soule held nothing back. The main theme “Dragonborn” was recorded by thirty members of a choir, all singing a completely fictional language, which was then layered to create a symphony of what seemed to be ninety people. This created a massive song with a depth of wonder that was fitting for the main theme of the game. The thumping drums in the beginning as the chanting begins, the strings creating a suspense that is immense – it all culminates in one of the most recognizable video game songs of this decade. While I do believe a majority of the players never listened until the end of the song, the finale of the track paints a scene of hope and wonder that goes hand in hand with the concept of the game, as you are the only one that can save the world from its greatest threat: glitches – I mean, dragons.

I said it before during the Oblivion section, but it begs repeating: Soule is a mastermind at utilizing his music to create an environment. The raw emotions that some of these tracks can instill – such as fear, suspense, or serenity – is near unmatched by any other composer that I can think of. “From Past to Present” is a track I remember very well from simply wandering the countryside of Skyrim, looking for interesting locales to explore or territorial giants that could give me a first-hand look at the moon. “Distant Horizons” is in a similar vein, although with its slightly darker tone, it works perfectly for a nighttime excursion. The greatest strength these tracks hold, however, is not their complexity or profundity; rather, it’s how they do not take over the scene, but compliment it so much that your immersion into the game is heightened tremendously. I could not even begin to count how many times I found myself completely lost in the game due to this, escaping from the real world to forge my own path in Skyrim.

It wouldn’t be an Elder Scrolls game without the combat. Skyrim was praised for its more in-depth combat system, allowing for new mechanics for players to enjoy and a wide array of new weapons and spells. From the musical side of things, Soule also showed a sense of breadth in his new combat tracks. “Death or Sovngarde” and “Tooth and Claw” are two of the lot, and they are a thing to behold. Bold and brash, they fit perfectly with the tension of fighting, whether that be via spells and potions or sword and board. They help set the stage, and allow for a variety of music so that you don’t have the same song playing over and over again, numbing you to a wonderful addition to the game.

One thing that needs stating is the sheer size of the score for Skyrim. Where Oblivion had twenty-five tracks and Morrowind had a mere twenty, Skryim boasts a staggering fifty-three songs. That is more than both of Soule’s previous scores combined. I bring this up to try and explain just how many different moods and situations he was able to create for this game. We don’t hear the same song for every dungeon – as much as I loved the exploration music in Oblivion, I cannot say that it didn’t get tedious at times. Now with nearly each city having its own ‘theme’, there is more variety, which in turn gives those towns and cities a sense of life not as prevalent in the previous games.

The legacy set by Bethesda‘s most recent Elder Scrolls games is massive to say the least, and will have a lasting impact on future games for years to come. Thanks to an absurd amount of mods, I am still playing Skyrim to this day, over seven years later. What I ensure to never forget, however, is the importance of atmosphere and sound. Jeremy Soule taught me to look beyond just the visuals and spectacle, and to try to find the beauty in the tiny corners. He showed me what a fantastic score could do for a game, and made me realize how much I had missed over the years by overlooking this fact. If nothing else, I hope this has helped you, dear reader, realize the importance of the sound behind the game. Now, can anyone tell me how to get to the Cloud District?