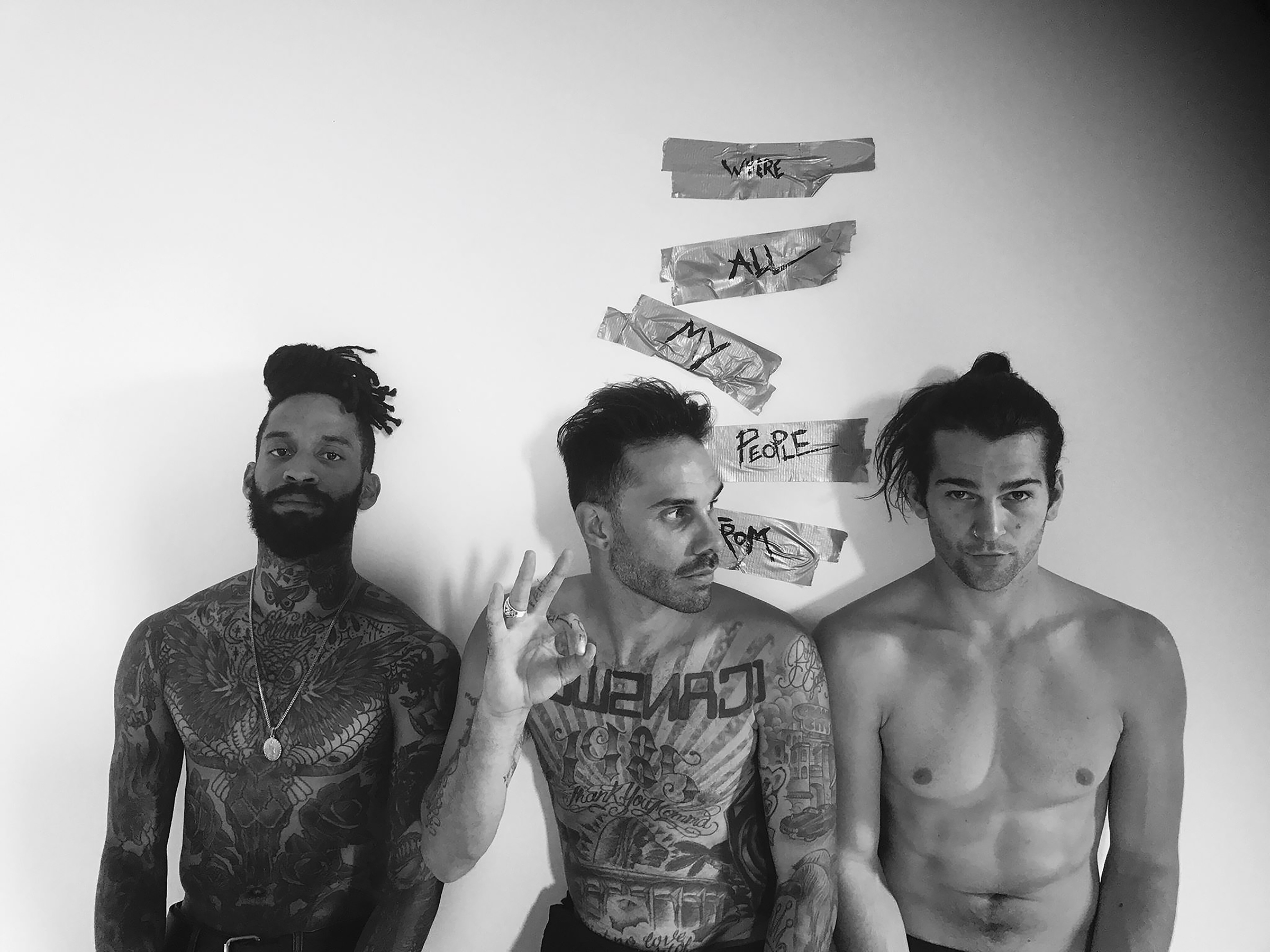 Mixing members of letlive., The Chariot and Night Verses, promises a very interesting group of musicians. Fever 333 compile their existing advantages and create a fun record, tangling in between rap, hardcore and nu metal.

Sometimes bands decide to break up and some projects, which result out due to this, never nearly reach what you hoped for. Being sad about the breakup of The Chariot and letlive., I really had high hopes when I saw this short concert at a parking lot that Jason Butler, Stephen Harrison, and Aric Improta performed.

Let’s consider what amazed me about the band’s individual musicians. First, Jason Butler made letlive. to what it was. A band with catchy hooks, a fucked up sound and a performance that was so stunning that I still love watching live videos of. I remember this video where Jason completely freaks out and jumps against a hoarding. He completely deconstructs the drums and jumps around like a wild one. Still, he nails to manage the vocals and left me breathless. I was a huge fan of the latest two records of The Chariot and their video for “David De La Hoz” still blows me away, but also their performance energy was incredible. The way the band was able to move on the smallest stage really had a huge impact on me.

I found out about Night Verses when they toured with letlive. and really enjoyed their way of writing songs. But with 2018’s The Gallery Of Sleep, the band probably composed one of the best instrumental metal records of the decade, which is also based on Aric Improta’s incredible drumming skills. But the aspect that once again really blew me away was the energy on stage. Just take a look at Aric’s backspin drum video, to his tricks or his general expression while playing. He is probably the most active performing drummer in his genre, and still able to play on an incredible high player.

Now that I gave you some basic information, you might have realized that the common aspect in all of their expression is the performance. Take three of the most expressive musicians in the metal/hardcore scene, put them together and see what’s coming around. I heard a lot of people say that the Fever 333 show ruined Bring Me The Horizon when they’ve been touring together, simply because the live set of Fever 333 was so impressive! With that being said, I haven’t listened to the record until it came out and only saw live snippets of the band, that literally was going nuts.

Fever 333 can be referred to as a rapcore band, mixing hip hop elements and Jason Butler’s fast spoke voice and some hardcore elements. “Strength In Numbers” starts with a crowd shouting ‘333, 333, 333’ accompanied by a reporter describing the scene of the ‘333’ demonstration. Furthermore, Fever 333 represent their concerts as demonstrations and draw the line to a social-critical concept.

“Strength In Numbers” starts like the nu-metal record you loved when you were 13 years old. Some Limp Bizkit-influenced groove with shrieking guitars and electronic elements builds up the base of “Burn It”. It’s Butler’s voice that recreates letlive.-ish feelings, especially in the song’s chorus. The structure of “Burn It” is very pop-influenced and doesn’t hold any big surprises (apart from vocal experiments) for the recipients. Some songs have a very strong trap and hip hop influence in the drumbeats that also often are electronic. Take a listen to “Animal” and hear for yourself! The Fever 333 schemata are actually pretty easy. Take some old Limp Bizkit, mix it up with Linkin’ Park, Korn, and add letlive.‘s spice: here we got “Strength In Numbers”. The stylization of the songs is held in majuscules, which draws the line to hip hop once again.

Aric Improta’s drumming is solid but doesn’t stand out at all. He basically focuses on playing tight grooves, while forgetting about any rudiments or fill-ins. Maybe this enables him to engage more in his live performance. If we take a look at the guitar playing, we find ourselves pointing out pretty basic riffs and melodies that don’t break out of their cage as well. The only one who’s really doing an outstanding job is Butler, who nails all of his vocal techniques and abilities.

With “Strength In Numbers”, Fever 333 released a strong debut album that has all it needs to kickstart a career for an alternative metal band. The trio focuses a lot on the hip hop side and lets their music sound very urban. The strength in these numbers definitely are the very huge sounding and anthemic choruses that really animate to sing with. Add a slight touch of aggression and heavy grooves and you will nail every festival crowd ever. Fever 333 really appeal a lot of different music listeners and have an astounding live performance. I’m sure they know how to utilize this privilege and soon will become one of the most successful new bands on the radar, if you like it or not.