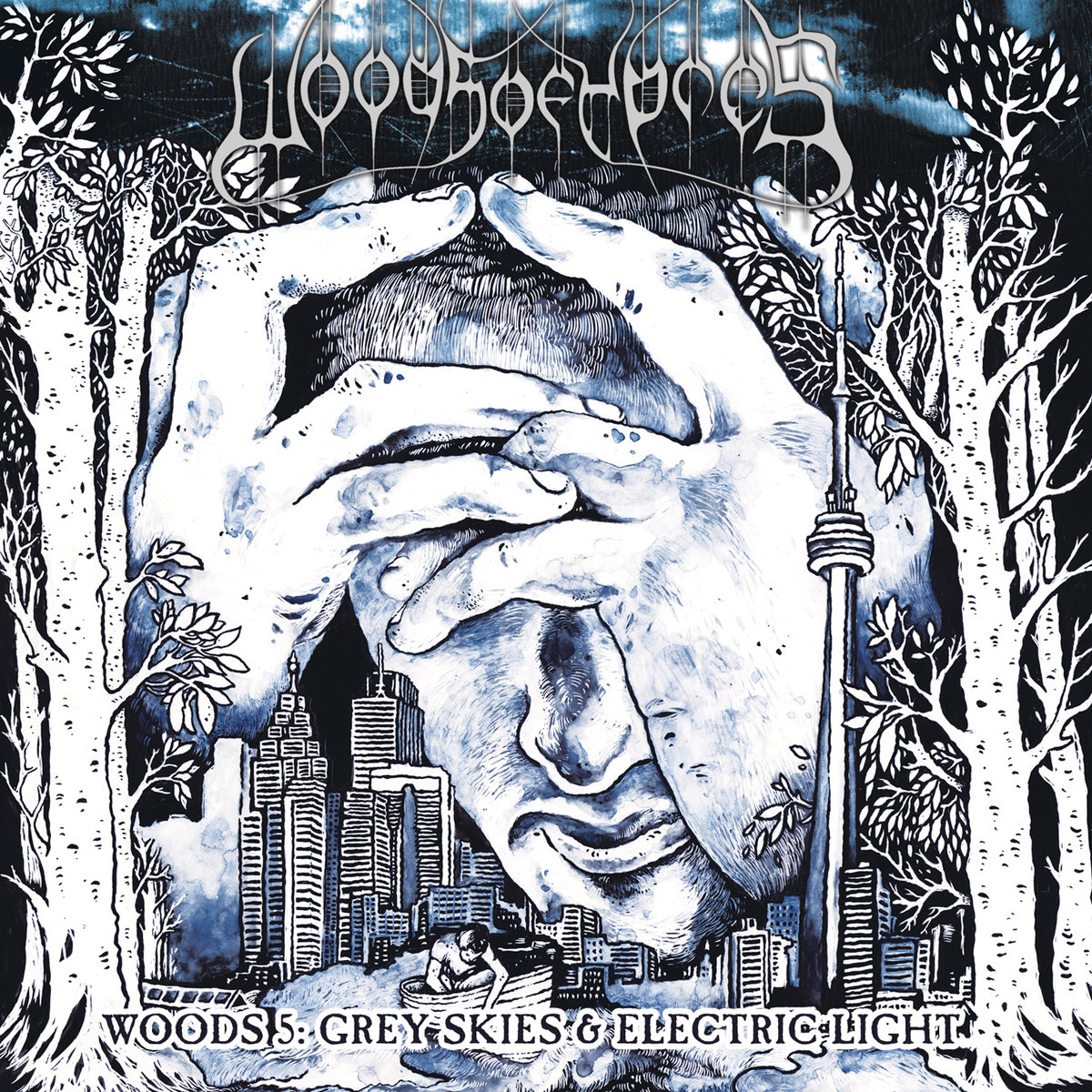 By Dominik BöhmerDecember 21, 2019 No Comments

The inevitability of death can be a crippling influence on the human experience. Whether you are rich or poor, in good health or plagued by chronic illness – death will come for all of us one day, although much more tragically for some than for others. There are those among us, however, who manage to seize the creative potential within this joyless truth, turning it into harrowing or even reassuring tales of humanity’s frailty when faced with this ultimate, inescapable fate.

It’s doubly tragic, then, when sudden death takes such individuals from our midst who were able to instill both fear and a sense of awe in us by discussing their own takes on death through art. Not only did they bravely face down this dark reality while alive, they also gave comfort to those among their audience who recogized their own struggles with mortality in what was being presented to them. But now they’re gone, taken too early by that same mysterious force they devoted (at least part of) their craft to.

One such creative spirit was Canadian songwriter David Gold, who was the mastermind behind black/doom metal band Woods of Ypres. He was killed in a car crash on this exact day eight years ago. Quite ironically, this happened not two months before his greatest accomplishment as a musician was set to be released: Woods 5: Grey Skies & Electric Light. This episode of A Scene In Retrospect is thus dedicated to his memory; in it, EIN members David, Jake, Billie, and Scott give praise to the aforementioned masterpiece. I hope we were able to do his legacy justice.

Woods 5 is a haunting listen coming back to it years later. The matter of fact ways David Gold talks about death and the subsequent events prior to the albums release is surreal. To say this is an eerie album would be a massive understatement. More to all that, Woods 5 is just an incredible listening experience.

Take one part pagan/dark/neo-folk, one part depressive black metal, and one part doom. Remove the folk, metal, doom and you get Woods 5. Woods of Ypres take something familiar to all of us and mashes it all together until it is completely unrecognizable and unique. Essentially, this is all part of what makes Woods 5 such a masterpiece.

“Travelling Alone” is a standout track for me. I’m not even sure I could logically explain why other than it just connects with me. I believe it’s an oboe that kicks in just before the vocals, and that just amplifies the heartbreak of the song.

It’s sad to know that we’ll never hear anything new from these our Canadian brethren and sistren. But we should all be grateful for the gifts that they have bestowed upon us. Rest in peace, Mr. Gold.

Where do I even begin with this one? Woods 5 is one of my favorite albums of all time, hands down. It’s also the album that got me invested in black metal when it first came out in 2012. I was familiar with the band just a bit because of a friend, but had only heard a couple tracks.

I checked out Woods 5 shortly after release when I saw all the praise it was getting. The monumental shift in my music taste this album alone caused is staggering. This was a time when I was mostly into deathcore and tech-death, just dabbling with some prog here and there. I would have told you I didn’t really like black metal if you asked me before this album. Woods 5 is so damn good that it made me a fan of the genre. Since I fell in love with this album, black metal has been one of my top genres.

There’s something about the cathartic and anguished vocals of David Gold that I will never be able to get past. He had one of the most amazing voices to ever sing in this genre, and his lyricism is something I hold dearly to this day. “Travelling Alone” is a track that lyrically I can relate to more than almost any other music I’ve heard. He was like an emotional conduit for the voices of the lost and downtrodden, and I have been there myself before. Woods of Ypres was a clarion call to the depressed, and this group changed my musical perspective and truly, my life. Unfortunately I became the fan I am of this group after the passing of Gold, and thus, must forsake his message in “Adora Vivos”- ‘Love me in the flesh/ Don’t wait till death to sing my praise.’

This might be my favorite metal record. Of course, depending on the day my #1 spot could go to a variety of albums, but Woods 5 is always in the conversation. The evolution that Woods Of Ypres underwent from Woods 4 to this one is nothing short of astounding, and every aspect is polished to perfection. David Gold’s passionate vocals that range from black metal to Peter Steele-esque gothic doom are magnificent, and regardless of the approach, the philosophical lyrics demand answers to some of the toughest questions posed by humanity.

“Travelling Alone” is one of the most earnest expressions of doubt in the existence of a higher power that I have ever heard. In stark contrast to this uncertainty comes perhaps one of my favorite songs ever, and easily my favorite of the record, “Adora Vivos”:

Lyrics such as these would just come off as edgy and adolescent if the band hadn’t already established such an earnest foundation, but coming from Woods of Ypres, there is genuine emotion and gravitas behind these words. Given the vocal delivery being mostly clean, that gives the lyrics a bit more punch and it’s in this aspect where Woods 5 where this album draws its power. This isn’t a shiny happy album. Themes of death, sadness, searching, and decay of happiness are pervasive and Gold’s baleful wail give it the weight needed to feel genuine.

Woods 5 was a watershed moment for my personal journey through heavy music and remains steadfast as one of my favorite records regardless of genre. Given that David Gold passed away before its release colors every listen with a tinge of genuine sadness, but it’s a sadness that I embrace.

I think it’s very important to know that I had never listened to Woods of Ypres before writing for this feature. This should hopefully contextualize what I’m going to say better, along with the explanations I provide naturally.

Diving into Woods 5 was quite the experience, one that I paralleled to my days of listening to HIM and other gaudy gothic rock and metal. The romanticization of death, melodramatic yet frank views on love, darkly tones – it all checks out. I’m sure it’s quite obvious that Woods 5 is a lot more sophisticated than many of those other bands.

I went in expecting a lot heavier experience, but what I got served the themes of the album better than any blast beats and showy soloing could have provided. Instead, guitars are very deliberate and melodic, sounding both functional and ornate in the bigger picture. The diverse vocals are clear and upfront – instrumentation, while equally varied, never betrays the message that David Gold sings on each track, instead enhancing its mood. Often, the music embodies the weeping of those lost and gone.

Grey Skies & Electric Light is as fitting a subtitle for the album as possible, as it captures the beautiful melancholy of a darkened dusk night with flashes of lightning illuminating the way. It forges some comfort in the darkness whether traversing to the final restful realm or navigating the painful intricacies of being left behind in life.

I know the story of Woods of Ypres, particularly the tragic death of David Gold. In hindsight, it’s impossible to not see Woods 5 as a near-prophetic eulogizing of himself. Gold’s personal attitude toward death is laid out especially well here with songs like “Kiss My Ashes (Goodbye)”, “Adora Vivos”, and “Keeper of the Ledger”. The debt is paid, David. Rest easy, and thanks for everything.

Hopefully you were able to grasp how important this record is to many of us among the EIN staff – hell, it might be just as important to some of you. For the last time in 2019, I’d like to ask you to share your thoughts on/experiences with this band and album – through our connection to his music, David Gold (and by extension Woods of Ypres) will never be forgotten, which I find to be a beautiful thought.

Either way, thank you for your continued interest in this feature throughout 2019. I’m sure that the next year will hold just as many dear memories and musical discoveries as this one did, and I’m looking forward to sharing these nostalgic retrospects with you for a long time to come. Be sure to come back two weeks from now for the first installment of A Scene In Retrospect of 2020!