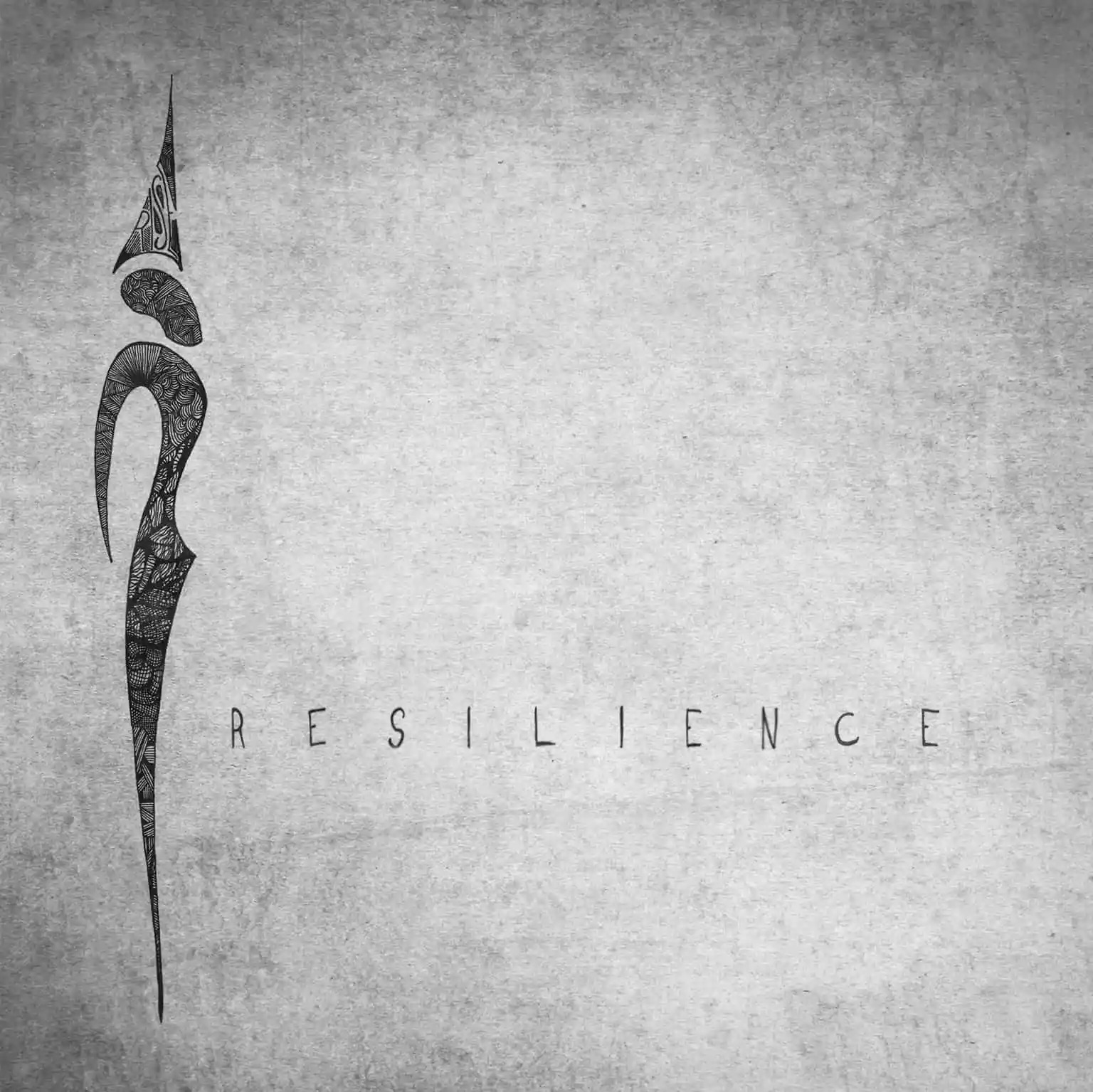 By Dominik BöhmerDecember 3, 2022 No Comments

Too many bands, especially on the extreme fringes of progressive/avant-garde rock and metal, burn brightly for a single album and then fade unceremoniously. We’ve talked about quite a few of those on A Scene In Retrospect, and Rise from France are another entry to that unfortunate list. Their single album Resilience doesn’t deserve to be just a dusty footnote in the annals of heavy progressive music, though, so we thought it best to heave it into the spotlight, if only for a little while.

Resilience is one of the few albums I straight up love, but I can’t remember for the life of me how exactly I happened upon it. I can only conclude it was sheer random luck. I remember that around my first listen I was simply awestruck. I can’t say it’s literally a style of metal I’ve never heard before, but I also can’t say I’ve heard it anywhere else. There’s something novel about the way Rise approach metal, and I really can’t put my finger on it. Yeah, French bands tend to have a reputation, especially on the heavier side of music, for being ruthlessly authentic and outstanding compared to many other regional scenes, so it’s not only appropriate that Rise are hailing from France, but it also kind of makes sense.

Resilience has been called a bunch of things, from avant-garde metal and progressive metal to melodic metal and experimental metal. While all of these fit the tonalities and the sonic architecture to varying degrees, I would also say that some things are borrowed from death metal, all sorts of other strains of metal, some harmonic elements which hearken to classical music, and even atmospheric and textural leanings borrowed from the realms of post-rock.

Ultimately though, I think that the band’s own definition hits closer to home. They dubbed their style as ‘romantic metal’. Tying it back to how music was in the romantic era of orchestral/symphonic music it definitely makes sense. Emotionally speaking, there are superlatives and nuances that couldn’t be placed anywhere else. Resilience is an album about many things, about loss, about longing, about suffering, about endurance, about perseverance, about anger, about sadness, about darkness, about hope… about everything that is to be human, really.

While there’s not enough to make a proper dive on in terms of lyrics, since they can’t be found anywhere, enough is intelligible in the songs to make these assessments, and, of course, the music itself leads on sufficiently by itself to get there. The tunes delivery an intensely lyrical package which is as dramatic as it is poignant from a poetic perspective. Sure, some (if not maybe all) songs could stand as they are by themselves, but it’s best to take in the album as a whole unabridged piece from top to bottom. It really flows neatly from a narrative perspective like that.

It’s quite difficult – well, actually, nigh impossible – to portray in any kind of words the contents of the record. Normally I like to engage in some kind of rant in an attempt to achieve a description, but this time I’ll say pass. I think the best way to get a grip of it is via the song which epitomizes the contents of the album just perfectly, “About Duality”, along with its accompanying music video – which, while crude on an aesthetic level, conceptually speaking, couldn’t be any more fitting and powerful. It’s probably one of the greatest songs in existence, and I say this without any shred of doubt – at the drop of a dime, anytime.

The production isn’t anything stellar, nor is the instrumentation from a tonal perspective. It pretty much gets the job done, but doesn’t stand out in any particular aspect. I’m usually highly nitpicky about these aspects; however, the songwriting is just that fucking good that I’d give all of that a pass even if it was way worse. I rarely find myself making these kinds of claims, but I’m really happy whenever I get the chance to. It’s honestly quite rare to find this level of composition in metal in general, which makes it a little more impressive.

It’s been a little over seven years since the album was released and the band has shown occasional signs of life, but nothing of note or a clear signal that a follow-up to Resilience will ever happen. I can only hope that our collective love letter for this record makes itself seen before them and ignites the process. If it doesn’t, though, I guess that’s alright; they’ll just (unfortunately) make it in the list of amazing one album wonders of heavy/off-the-wall music like Follow the White Rabbit, Exotic Animal Petting Zoo, or Dionaea. There’s a sad beauty that comes along with these examples – bursts of genius which flared with such brilliance that a further converging series of factors played into the impossibility of replication.

There are a couple of records I’ve stumbled upon during the last years that defy proper definition. Sure, all those records are somewhere in the post-hardcore/whatever rock/post-metal vein, but other than that, they are highlighted by a unique charisma. Follow The White Rabbit‘s Endorphinia, Okkotonushi’s Sleep/Talk, Lord Gorgeous‘ Empathy, Empathy Deadweight – and, of course, the topic of today’s A Scene In Retrospect, the outstanding Resilience by the overlooked and underrated Rise.

To give you a glimpse of how this album sounds – imagine Devin Townsend‘s goofy extravaganza mixed with the post-metal soundscapes of The Ocean. Still, Rise easily managed to sound utterly unique on Resilience, compiling an aural identity similar to bands like Hypno5e. That both Rise and Hypno5e are from France could be called a pattern, but I prefer to call it coincidence. Rise never took off in case of fame, and that can be easily displayed through a Google search. It’s hard to find any info on the band nowadays. Their website is down, their social media activity is basically non-existent in the last years. Most of the reviews Resilience got are unavailable, including mine in What’s The Sound Of December 2015 (which was the predecessor of The Noise Of back at It Djents – think about how long this feature is going on, it’s crazy). Resilience flew under the radar. A few people, one of them being my pal Robert, kept the album close to their hearts, because it gave us a truly unique and unforgettable experience.

Coming back to this album after not listening to it for a couple of years was a strange, yet really loveable act. Every song came quickly back to me, reminding why exactly I fell in love with it all those years ago. Appropriately, seeing the music video for the song “About Duality”, Rise had a cartoonish vibe to them, a bit all over the place, a bit over the top, but never forgetting to get a great narrative packed with fantastic musical ideas. They can throw heavy riffs, calm moments, and crazy bursts of weirdness at you, and they will do it with so much charm that you probably can’t resist cracking a smile!

This album might not change your life, but like you the aforementioned artists from the first paragraph, add Rise to your collection. I’m sure it will get at least a head bounce out of you.