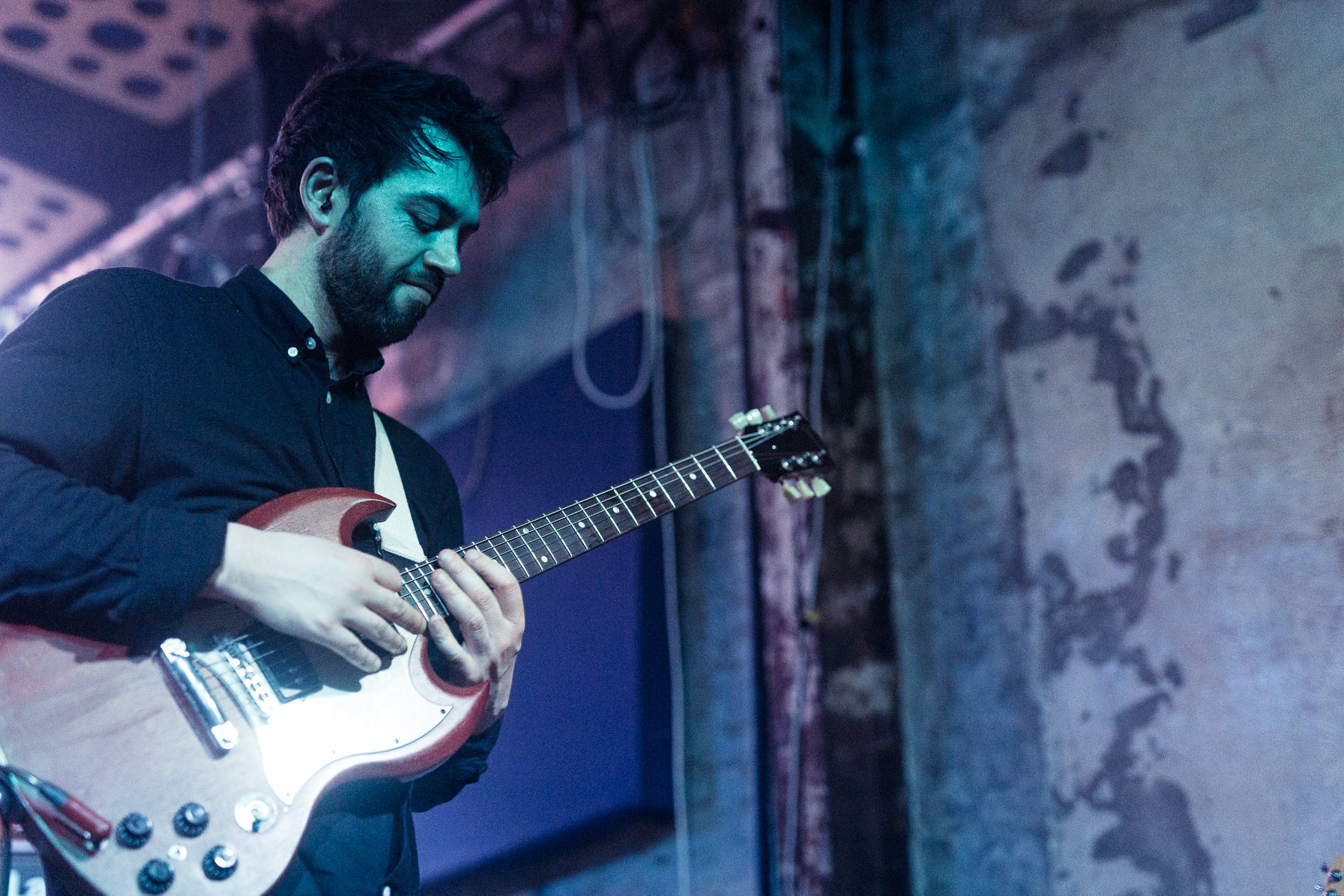 There are good albums, and then there are exceptional albums – ones that make you jump to attention and give the music your fullest attention. Vasa‘s latest record stands in the latter category without a doubt. Heroics is a unique, intelligent, and passionate release that firmly places the standard of Vasa‘s musicianship upon the highest pedestal of talent. In short, they are phenomenal, and Everything Is Noise was honoured to chat to the band’s guitarist Scott Coupar get a deeper insight into their craft.

Musically, Vasa have come a long way since their 2015 debut album Colours and the resulting two-track EP Burst Open from 2016. The intention with Heroics, which was released a mere month ago, was to display a clear progression in sound and songwriting from those earlier projects, as well as present something that the band could be truly proud of. All boxes are ticked, and of that there is no doubt. Although as Coupar explains, it was far from a clear path from A to B. Despite being hesitant to use the word ‘mature‘, he also admits that its probably the most appropriate word to describe the transitional state from old releases to new:

‘We actually scrapped a lot of material that we had written a couple of years ago as it just felt too close to what he had done before.‘

As depicted on the album cover, the instrumental sounds of Heroics are centered around the universal themes of growing into adulthood and all the steps that come with it. In constructing this, Vasa‘s hope is that listeners can relate these themes to their own respective lives. One of the most important conveyances is the sense of nostalgia, though ultimately, simply enjoying the music will suffice.

Whatever way you interpret the album, there is no denying that Heroics deals in emotional intensity through every song and every note; it’s one of the record’s biggest draws. More impressive is that there is never a straightforward projection of triumph, melancholy, hope, or any other emotion. All of these things are intertwined on a molecular level, with such rapid ingenuity that you’ll be replaying the tracks time after time just to get to grips with the numerous progressions.

It makes one wonder where they drew this mighty wealth of inspiration from. Coupar told us that it requires the fandom of a fairly broad range of music. The wider rock genre as a whole plays a big part, as well as the occasional jaunt into electronic, and everything in between black metal and emo pop punk. If it’s specific bands you’re after, then try on Holy Fawn, Blanck Mass, and Four Year Strong for size.

‘Blend all of those things up and you’ll eventually get close to our sound.‘

This is, of course, still only part of the process; there is also the matter of conception, writing, and recording. The majority of Vasa‘s music is masterminded by the band’s guitarist Blaine Thompson, and most of the vision comes from him. Even though the band tend not to deviate from this initial vision, they still have input in the songs and on their own respective parts. The songs will therefore usually begin life as an idea thrown together by Thompson, which will eventually grow into a fully fledged demo. Once there is some substance to the idea, the band will then hit the practice room, which is where the structure is worked out so that the original demo can be adjusted in accordance.

‘Sometimes it’s fully formed in the first demo or two, and the we don’t really change much. Or sometimes the demo goes through dozens of versions before we settle on the final arrangement.‘

For the aforementioned reasons, it might be stating the obvious to say that the inventive composition is one of the things that make Vasa‘s music so great, but that’s not the only striking element of their sound. The band also have a unique talent for creating tones and noises, specially engineered in accordance with whatever mood the songs are trying to portray at that specific point. It requires a lot of time for tinkering with different sounds, both in the studio and in a live setting. Coupar will be the first to admit that this is one of the more fun parts of the process:

‘I suppose the challenge is setting on a tone and not obsessing too much over it once you’ve found what you’re looking for. It’s very easy to get lost down the rabbit hole and keep adding a tone when sometimes less effects can be more appropriate for the part.‘

As one can imagine, bringing these dynamic and engaging tunes to the stage is a very rewarding experience, and of course, it comes after all the other hard work is done and dusted. Creating a record means taking a break from touring, so returning to the live music circuit with a whole swathe of new material makes for a super-cathartic experience for both band and fans alike.

Whether it’s on stage or at home through the speakers, Vasa deliver an experience like none other. Such powerful and inventive music should neither be underestimated or overlooked, and one can only be grateful for the service that the band provide in this regard. If you haven’t heard Heroics already, then get involved! It’s an absolute guarantee that you’ll be replaying this album several times over. There’s nothing else quite like it…which leads to only one more question: what happens next?

‘Now we’ve finally got Heroics out in the world, we’re looking forward to touring again, going back to some of our favourite places and hopefully seeing some new ones. See you on the road!‘

Let’s hope that recent events don’t impede that mission. Right now, the world needs great music, and that’s why we have bands like Vasa. Thanks for everything guys! You can listen to all things Vasa on their Spotify and Bandcamp pages. For all other news and info on the band, visit their Facebook page.