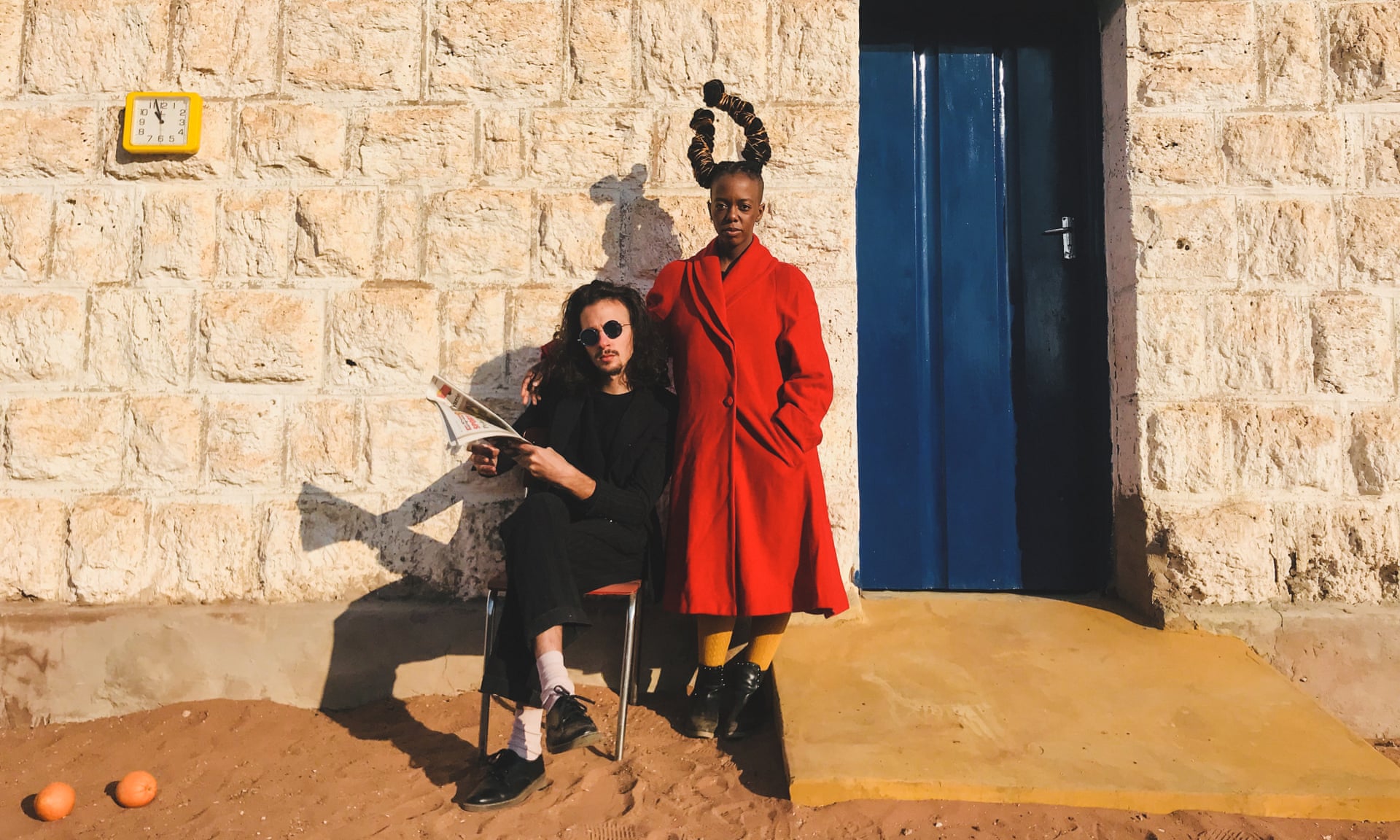 Buffering Juju is a journey from start to finish, the dynamic duo of Dumama + Kechou combining choppy electro-acoustic loops with amazing vocals layers and effects to create an absorbing and exciting experimental album.

South Africa has of late been a breeding ground for exciting and unique experimental artists, taking the local music and injecting all sorts of different flavours of other genres into it. Artists like Seba Kaapstad, who combine Afrikaans vocals with modern neo-soul are an example, yet some of the best have come from our focus artists’ label – Mushroom Hour Half Hour. Dumama + Kechou‘s debut joint record Buffering Juju follows excellent artists like Spaza and Thabang Tabane that Mushroom Hour Half Hour has released, making this label one to keep an eye on.

Dumama + Kechou themselves are located in Johannesburg, meeting in 2017. The two different artists joined forces to complement each other wonderfully, with Dumama‘s soul-laden vocals layered intricately on top of rich electro-acoustic rhythms to create surreal sequences that send to you into another universe. Aptly labelled by the band as ‘nomadic futuristic folk’, this style feels unique whilst still feeling comfortable and accessible. The varying song style and structure, combined with the semi-cinematic narrative intertwined in the songs, makes this an experience like no other.

The narrative of the album tells the story of a woman’s attempts to connect to the spiritual nature of the world after her release from prison, told through samples and the vocals provided by Dumama. Her voice has many facets to it, sometimes calm and gentle, often empowered and confident, even trippy and hypnotic at times. The choral harmonies and chanting are engaging, leaving you hanging on her every word. Kechou’s backing style is amazingly adaptive and full of surprises, leading to a rich experience. One of the most noticeable styles I pulled out was that of electronic ambient duo Ultramarine, whose album last year also drew on the same world influences that are smattered throughout Kechou‘s work.

He, much like Ultramarine, uses guest appearances to full effect, with the trombone played by Siya Makuzeni in “wesi walking mama” completely contrasting to the style in the very experimental opening track “leaving prison”. It gives a relaxed reggae vibe to the track and plays off of Dumama‘s haunting vocals really well. Later in the album, in the most conventional track of all (“uveni”), the free-jazz clarinet played by Angel Bat Dawid helps to add an introspective layer to the track. The cyclical structure of the tracks add to the psychoactive effective they effect upon the listener, only exacerbated by the chants of Dumama.

I really enjoyed the jarring metallic twangs of the instruments in “umzi”, as well as the even more creative sounds in “mother time”. Without them, it could be quite easy to drift off to the soulful vocals and cyclical effects. With very little deep bass used in the album, it’s a smooth and rewarding listen that can be enjoyed any- and everywhere. It plays beautifully on speakers and headphones, with the former probably my favourite thanks to the great spatial mixing of the instruments and electronic sounds. Buffering Juju is a really great sonic experience, with new sounds to pluck out of the rich mix on each listen.

Thanks to the multitude of contrasting song formats, the wide variety of languages and vocal styles used, not to mention the fusion of all types of instruments into a brilliant electro-folk-jazz album, this will certainly be considered one of the top albums in its genre for this year. If this is their debut, I can’t imagine what they’ll accomplish with more years and even more spiritual and cultural experiences under their belts.