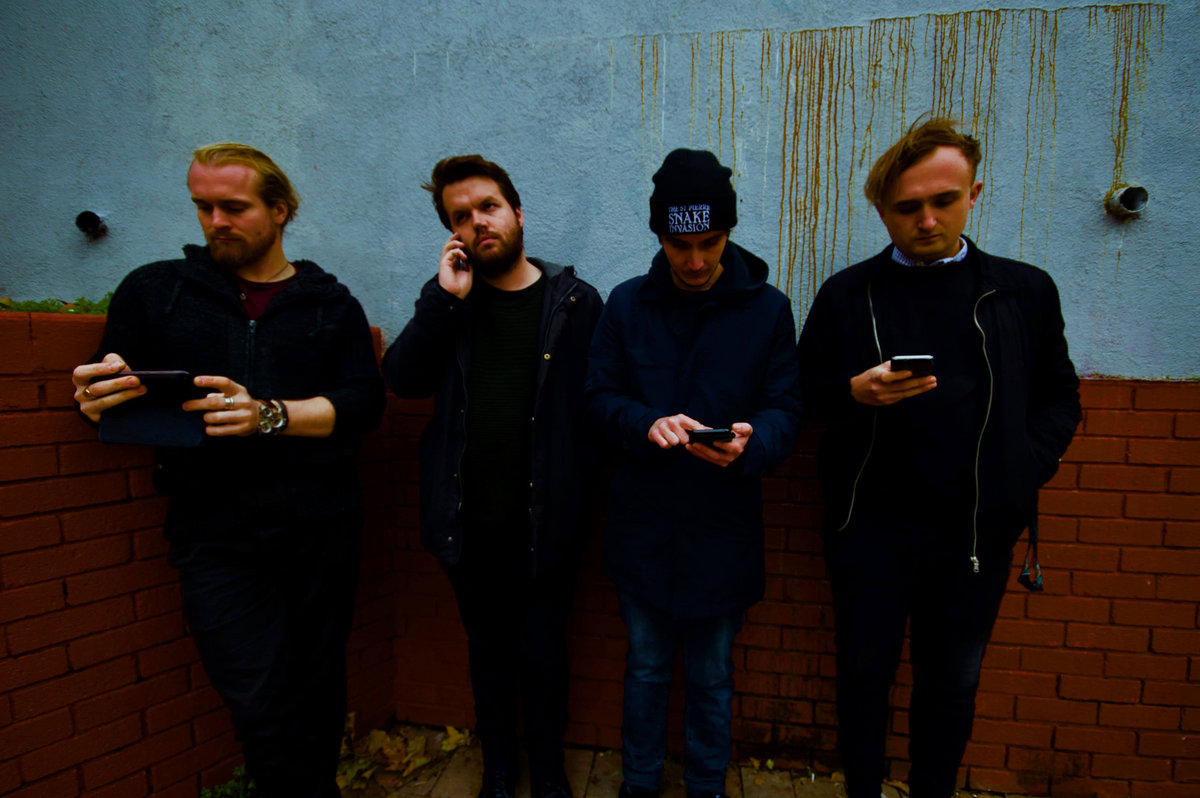 By Landon TurlockNovember 7, 2022 No Comments

Full disclosure – my head is so deep in my thesis that I’ve fallen off exploring new music or writing for EIN (don’t worry, I let them know). But I did sign up for a Weekly Featured Artist piece and wanted to honour that, despite having no idea who to cover. In such situations, I often turn to our PR Manager, saying, ‘Who should be our Weekly Featured Artist?’ Toni listens to more music than I can possibly fathom and has excellent taste. His answer was Bristol, UK’s Sugar Horse – a choice that echoed with celebration among other editorial staff.

But I had one problem. Much to my chagrin, I had never heard the quartet before. I hope you can learn from my mistakes and start listening to Sugar Horse now. Seriously. Please watch the video below:

If song titles like “Pictures of Dogs Having Sex” or “Shouting Judas At Bob Dylan” aren’t obvious enough, the band doesn’t take themselves too seriously. That includes how they describe themselves. On Bandcamp, their bio is: ‘A decidedly average band.’ I respectfully disagree, but you can decide for yourselves.

So how did this decidedly average band come together, and what is a sugar horse? Sugar Horse‘s vocalist and guitarist Ash tells us:

‘Myself, Sav and Chris met through uni aeons ago and later on met Jake at shows around Bristol. Good way to pick up a band member with the right taste I reckon…The name is a weird one. I’m a bit obsessed with proper crap mid-2000s TV dramas. I love how dated and disconnected all the cultural references are now. It’s funny. Anyway, there used to be a BBC programme called Spooks. The main plot of the final series was this thing called ‘Operation Sugar Horse’. Thought it had a nice ring to it, so nicked it. No deep, pretentious meaning unfortunately.’

Sugar Horse, sonically, is a lot of things. They’re noisy and grungy. Experimental and caustic. Mathy. I don’t know if there’s a genre I’d use to describe them, but descriptors like ‘post’, ‘math’, ‘metallic’, and ‘progressive’ apply. But they’re also incredibly melodic – some vocal moments on songs like “Pictures of Dogs Having Sex” make me think of U2. Despite their amorphous and versatile sound, the group’s creative process moves quickly. Often, a member brings a partial idea to the band and it is passed around to the various members before they record a demo, which happens within a few hours.

Considering the multi-faceted, ambitious, and anthemic song structures of an eight-minute song like “Phil Spector in Hell” or the short, intense but calculated explosion that is “Disco Loadout”, such a short process is impressive. But perhaps the quick turnaround helps the process, as Ash explains: ‘We like to keep things as simple to play as possible and the speed in which we get a song completed doesn’t really leave time for us to think about technicality. The joy of limitation.’

But this creative process took time to develop. Initially, everything was written in a jam space, which Ash described as ‘obscenely time consuming’. Then, things started to flow together more as members brought their own ideas from home to the band to develop them further. At the same time, as their process has grown, so too has a, perhaps unintuitive but evident in their approach, appreciation for pop music and songwriting: ‘… it’s become a lot more song oriented. We’re all big, straight-down-the-line pop music fans, so it made sense to try and bring that to our music. I think we’re definitely getting better at that over time.’

This pop sensibility is evident amidst the sonic sojourn that is Sugar Horse‘s music, which Ash largely attributes to including vocals as a throughline. Songs like “I Am Not Now, Nor Have I Ever Been…”, or the aforementioned “Pictures of Dogs Having Sex” convey this approach aptly. The first takes doomy post-metal but layers in almost choir-like vocals to create a melodic theme amidst the noise and dissonance. At the same time, the latter interweaves emotive hooks throughout its five-minute run time.

Of course, this established creative approach completely changed with the highly collaborative EP, Waterloo Teeth. Each song on the four-track release features two to three collaborators with a wide variety of styles and approaches. The St Pierre Snake Invasion, Heriot, MXLX, Lonely Tourist, Black Peaks, Pupil Slicer, Conjurer, Nuala Honan, wych elm, IDLES, and Vennart all bring something to the release that lasts less than 20 minutes. The results are mathy, sludgy, melodic, and even include wind instruments. Ash explains the genesis and challenges of bringing the project together:

‘We initially had the idea of trying to do a split record, but that’s been done a bunch, so this seemed like the most extreme logical conclusion to that idea. It was definitely something exciting when we were initially thinking about it, but as you can imagine, when the cogs started whirring it turned into a logistical hell. Worth it in the end though. It’s all about the results at the end of the day.

I think overall it’s a lot more drone focussed than our previous releases. I thought it would be a cool idea to take the fundamentals of drone music and try to force them into pop song structures. I like the idea of trying to get catchy hooks out of something that is the opposite of catchy and hooky.

We’d like to give a massive thank you to everyone who contributed their talent and time to the making of Waterloo Teeth. Without your help and kindness, we would’ve never been able to make it.’

Waterloo Teeth has been out for over a week, and Sugar Horse just completed a tour with Conjurer and Tuskar. However, they still want to keep the momentum going to fulfill their creative and yacht-acquiring goals:

‘We just want to carry on making and releasing music that interests us. It’s a very self-centred endeavour, making music/art, or at least I think it should be. We only really do it for ourselves, so as long as it makes us excited, we’ll keep doing it. That and making enough money to keep buying these private yachts. The collection must be completed!’