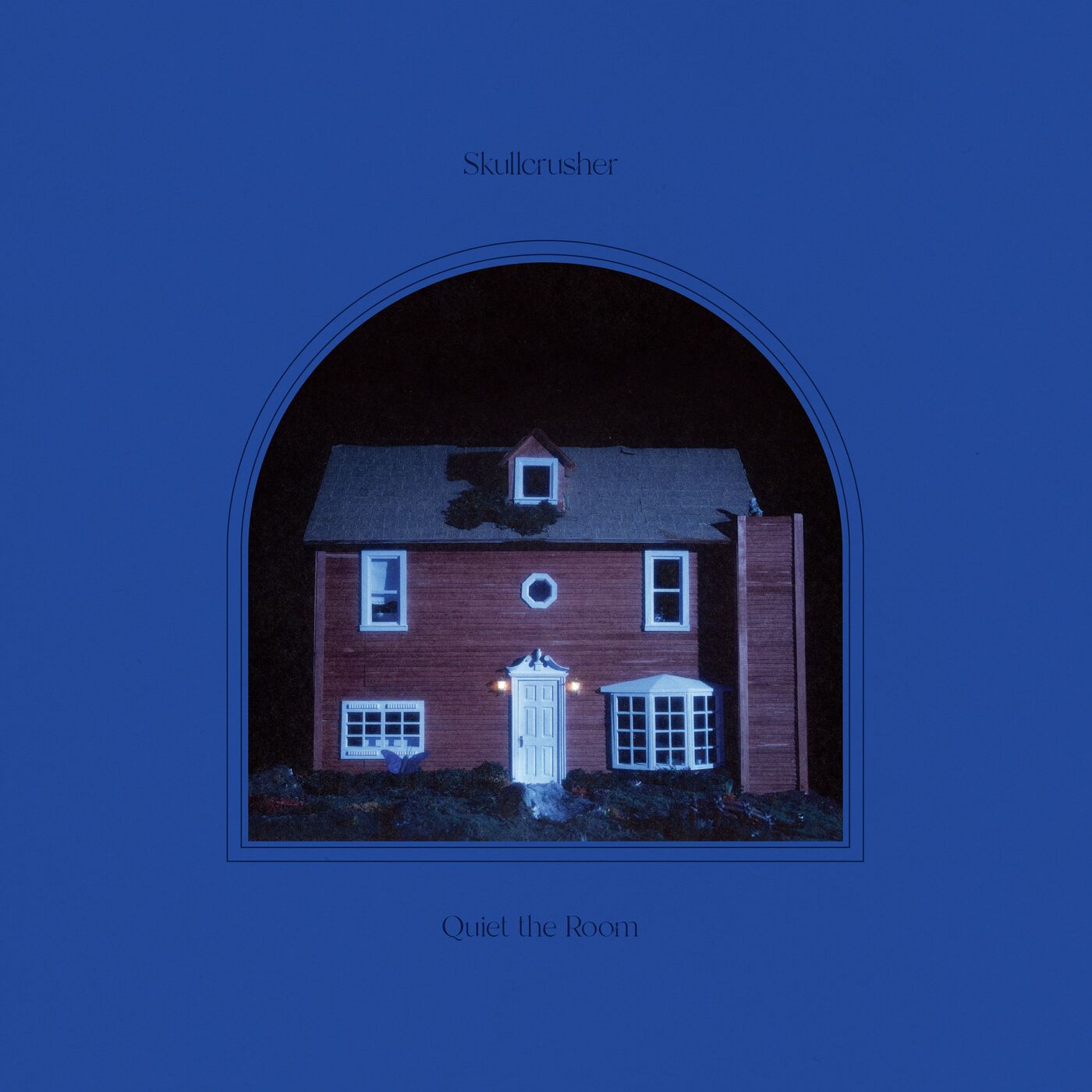 By Dominik BöhmerNovember 7, 2022 No Comments

If anything, Skullcrusher will un-crush your skull with her début album Quiet the Room.

Skullcrusher, huh? With a name like that, you’d be forgiven to expect some gnarly hardcore or even death metal lurking underneath the unassuming cover art for Quiet the Room. Well, Pustekuchen, as we Germans like to say – nothing of that sort is taking place on Helen Ballentine’s début full-length under this admittedly martial moniker of hers. Instead, we’re greeted with an introspective mixture of ambient and folk music that pushes outwards empathically, extending itself to make space for the listener to enter its little realm.

Quiet the Room it is called, and quiet the room it does, and marvelously so, as the sometimes hushed, sometimes surprisingly raucous music Ballentine creates as Skullcrusher will invariably draw your full attention, be it through its physical presence or its emotional heft. You see, the album seeks to convey the beauty and terror that come with childhood, an intense stage in life often neglectfully associated with innocence and imagination alone, belying its true complexity. This duality found its way into the very music on Quiet the Room, as Ballentine explains: ‘We wanted every song to have that little twinkle, but also a sense of crumbling’.

Twinkle and crumble it does, but always captivatingly. Over 14 songs and 41 minutes (nice parallelism there; I wonder if it was intentional), Quiet the Room upsets and soothes, never failing to address the shadow to its light and vice versa. Even the often empathetically inviting nature of the music I addressed earlier finds its counterpart in “It’s Like A Secret”, where Ballentine negotiates the fact that ‘no one can ever fully know our inner worlds and that to understand each other is to cross a barrier and leave a part of ourselves behind’. Making room for others in your life – or music, in this case – comes with its own struggles, as much as you invite them in. And yet, neither Skullcrusher nor her work ever truly stop reaching out.

“They Quiet the Room”, the album’s quasi-title track (more on that later) lays out many of the cards to be dealt by Skullcrusher over the coming songs: acoustic guitars, beautifully layered vocals, piano, as well as some electronic glitches and drones towards the end. It’s a telling, enveloping start for this journey. Expanding upon that already gorgeous backbone, third song “Whatever Fits Together” throws in a steady beat and some nice banjo accompaniment that sounds like rays of light coming through a slightly stained window – rustic but homely. These two songs portray Ballentine as an artist at the crossroads where Grouper and modern folk artists like Novo Amor or Mree meet, but she’s firmly planting her feet on her own, separate path.

A certain tension first rears its head towards the end of “Lullaby in February”, where the calm softness of the previously acoustic folk number is overtaken by the threatening drones that lurked in the background. The following “Pass Through Me” ramps up that sense of unease, not musically but lyrically: ‘Late at night/ I hear a name I don’t recognize/ I’m in my bed, but it feels weird/ Where is my body?/ I see a face in the window watching me’. We don’t know for certain if this is a bout of grown-up paranoia or just an Anne of Green Gables-worthy moment of childish fantasy gone awry, and I think that’s exactly the point, as Quiet the Room is meant to merge past and present into one ‘dreamlike space’. The intense violin and background whispers that crop up later on help set this scene effectively.

The back half of the album has its fair share of highlights as well, including the gorgeous instrumental “Outside, playing”, “Sticker” with its generous use of reverb and Ballentine’s graceful wordless vocalizations, or the actual title track “Quiet the Room”, which combines somber piano with soft electronics and another gripping vocal performance. Right down to the interludes scattered throughout Quiet the Room, every song Skullcrusher has chosen to include on her début would be worth losing at least a few words over, which speaks to the overall quality of her material. There isn’t one point where the album stops being affecting or at the very least engaging, and that’s quite impressive if you ask me.

After the last notes of the hopeful closer “You are my house” have rung out, we are released into the relative silence of our surroundings once again. That is, unless we decide to loop the record from the beginning, which is a tempting proposition in my opinion. Quiet the Room definitely lends itself well to prolonged periods of escapism thanks to its tender but emotionally grounding presence. In all honesty, this is one of the best (ambient) folk records I’ve heard this year, perhaps even in recent memory. At its heights, the wistful moods, lush vocals, and thoughtful compositions found throughout its runtime are nothing short of breathtaking, and even its most mundane moments are genuinely enjoyable. Putting out a début release of this caliber is an absolute power move on Skullcrusher’s part, and I can’t wait to see what steps she will be taking next on her musical journey.