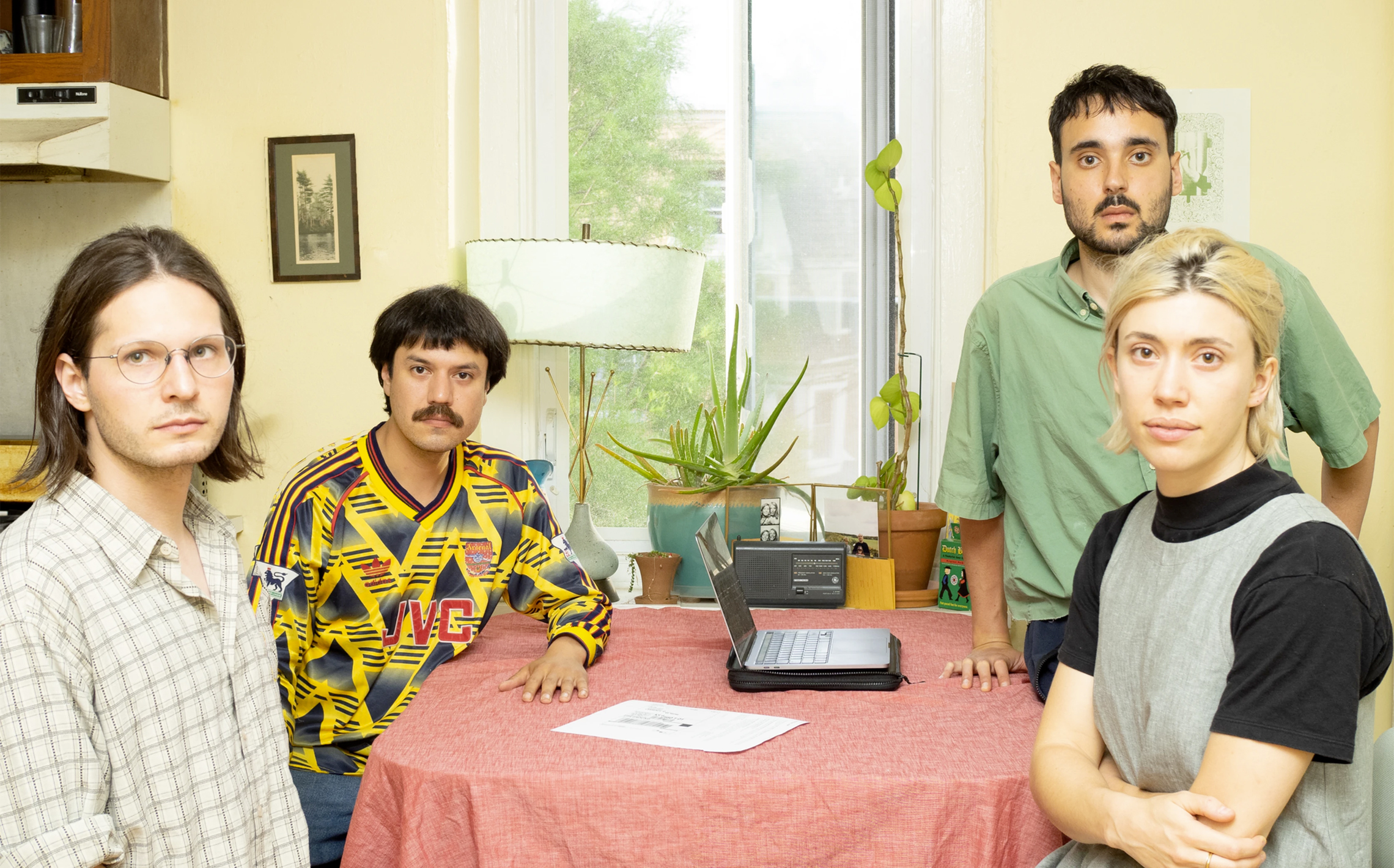 If you’re like me, you’ve got an auditory craving for a helping of mind-bending math rock that creeps up on you from time to time. Sometimes you put on Patagonia Rats, other times it’s American Don, but this week, only Palm will do. Their brand of psych-laced odd meter madness perfectly satiates that weird ear-palate.

Nicks and Grazes, the band’s first album on Saddle Creek Records, opens with “Touch and Go”, a short mission-statement kind of track. It sets up the sonic landscape right away. There are these noisy ethereal samples, thumping drums, oddly strummed guitars, soaring synths, reverb-laden vocals, and enough start-and-stops to make one suspect the CD is skipping.

This slight pivot towards electronics plays out really well on “Feathers”. Guitarist/vocalist Eve Alpert’s vocals sound absolutely gorgeous! Moments of it remind me of Björk, Phantogram, and Metric. Imagine them all rolled into one. The instrumental does a great job at letting her vocal performance shine. Its use of space and dynamics throughout the arrangement is superb.

The following track, “Parable Lickers”, has guitarist/vocalist Kasra Kurt handling lead vocals again. He’s also reviving the steel drum sound from his MIDI guitar pickup. While the song might not have the staying power of “Dog Milk”, its Animal Collective-style vocals and bonkers groove in 11/8 time make it a great listen nonetheless.

It’s been four years since the band’s previous album, Rock Island. That’s like an eternity in COVID-years! The sound on Nicks and Grazes drifts further away from what you might call a traditional ‘song’, as the tracks are structured more linear than ever before. Yet, this still feels like a natural progression for the band.

The album’s second single, “On The Sly”, feels like a nod to the indie rock-infused mathematics from their 2017 EP Shadow Expert. The persistent ride cymbals and tut-tuts on the snare drum add a lick of familiarity to the mind-boggling syncopations of the guitar and bass. It makes it real satisfying when they line up at the end of each bar.

Something new on Nicks and Grazes is the many abstract interlude tracks that ferry you from one sonic space to the next. “Brille” with its warbling bass synth and jabs of noise acts as a dynamic dip before “On The Sly” kicks in. Afterwards, “And Chairs” bubbles away with some retro sounding synths until a sample of a boy speaking over wind chimes says: ‘Slowly, gently, open your eyes/ And with it, take a deep breath in and out‘.

The cultivation of unique timbral spaces on this album remind me a lot of fellow Philly noise gurus The Spirit of the Beehive. With their 2018 album Hypnic Jerks and last year’s follow-up ENTERTAINMENT, DEATH, the band has been fusing the chillness of indie rock with the trippy aesthetic of vaporwave. If you’re loving Nicks and Grazes, then consider these albums recommended reading.

The second half of Nicks and Grazes follows a routine pretty closely aligned to the first half. “Away Kit” features more of Eve Alpert’s soothing vocals, and the 3/4 groove that alternates between starting on the kick and snare is pretty infectious as well. The interlude that follows, “Suffer Dragon”, gradually gets into some madness akin to the opening of Death Grips‘ Steroids (Crouching Tiger Hidden Gabber Megamix).

“Mirror Mirror” has a indie rock bent as well. Imagine Vampire Weekend playing in an abandoned mansion, tripping out when the ghosts they thought were hallucinations start knocking paintings off the wall. This vibe hovers into “Glen Beige”, but a little more lighthearted. The track is armed with a cowbell and one the album’s coolest lyrics: ‘You play your song/ And sing it all wrong‘.

“Tumbleboy” is a six-minute epoch with its guitar melody rising and falling atop the skittering rhythm section while Kasra Kurt sings: ‘Tumbles I perform/ Tumbles you ignore‘. It goes around and around until the tempo pulls back. It sounds as if the song could implode, but it manages to march on. ‘I’m not your tumbleboy/ I just tumble a lot‘ is the final lyric of the album. It leaves you with chopped up vocalizations and some pretty synth chords to ruminate.

The title track is another interlude, or maybe you could call it an outro. While the wonky groove is fun, and the studio chatter in the background has a sort of Pixies vibe to it, I’m not really convinced that it adds much to the album. Ending on “Tumbleboy”, perhaps with those synth chords going on for a bit longer, would’ve been more satisfying I reckon.

For the most part, though, the balance between excessive indulgence and carefully crafted soundscapes is pretty great! The album plays like a technicolor fever-dream of lush synths and vocals, and something approaching a Meshuggah-level of rhythmic complexity. Prepare to be dazzled.