I have been lucky enough to catch Shirley & The Pyramids live twice in my life time. I originally found out about the band through a start-up music festival in Saskatoon called Nightshirt in 2018. My band at the time, Sunny Day Encore, had been slotted just before Aron Zacharias and co. took the stage. From the first ring of the opening chord, I knew they were fucking tight. I remember they played with this roaring loud presence which caused the fans to flock to the stage. Flash forward to 2020 and the state of the current world, I was able to catch a social distancing show at the exact same venue we had shared the stage back in 2018. This time not only were the circumstances different, but the band themselves were different. They felt more in-tune with each other occasionally exchanging glances after smooth transitions. The band has made progress that every band aims to hit over time and show growth with how comfortable they are together.

In a project that originally started off as a solo endeavor for Zacharias, Shirley & The Pyramids have established themselves as a very crucial component to the Canadian indie music scene. Pulling from the likes of King Gizzard and the Lizard Wizard at times with their garage/psychedelic roots, Dinosaur Jr. with their ability to mesh riffs and licks with their amplifiers blasted at eleven, and Ride with their high-tempo rock and roll song with shoegaze-esque melodies.

Saskatoon’s own Shirley & The Pyramids are a ‘psych/garage/whatever band‘ as described on their Instagram. The band is made up of Aron Zacharias on vocals and guitar, Duncan Pickard (Grey Records) on the synthesizer, Dave Kitter on guitar and occasionally vocals, Kristopher Kormos on bass, and last, but not least, Mathew McLaughlin on the skins. After some lineup changes it feels like this is the one to last.

As previously stated, Shirley & The Pyramids began as a solo project for Zacharias. ‘I was doing more experimental/ambient kind of shit.’. Zacharias then paused for a quick moment as I could see a subtle blissful smile start to show itself as he reflected on the beginnings of the project sighing then saying ‘what a strange story to tell’. He continued on:

‘I started getting into rock and roll music more, I guess I’ve always been into rock and roll, but then I started to record rock music where I am playing all of the instruments or whatever. In about 2015, I found myself with this body of work that I was holding on to, so basically out of necessity I had to form a band. We’ve gone through a couple lineup changes, but yeah, out of necessity.’

Shirley & The Pyramids have released plenty of content since they came to be and like every great band, they have shown constant growth. In the band’s earlier work there is a relevant drone influence, and not to say that there is not any in the new stuff, but just more relevant in the song structure of their earlier work. Having seen multiple solo drone sets by Zacharias, it makes the transition from solo project to full band clear, but in a way that only shows the ability to keep the band’s sound consistent and unique. Despite being a fan of all of their music, my two favorite pieces are Pure Pain (2018) and A New American Classic (2019).

Pure Pain starts on an instrumental prelude before breaking into a transient influenced groove called “One Life”. The track stood out to me as it follows a classic Sonic Youth songwriting formula of verses that build into chaotic noise rock sections. Pure Pain is full of stand-out tracks, furthering the importance of the band. “Western Star” gives me a vibe similar to The Velvet Underground at times. The rest of the record is full of very good material and because of that, it would have to be one of my top releases of 2018. It was recorded solely by Zacharias; ‘I was still basically doing what I had always done was write the songs, arrange them, play it myself, and then produce it myself, and then after the fact I would teach the band the songs, and we would play them live.’

A New American Classic is just a six-track EP, with the final two songs being a demo version of the opening track and the other a live version of a song off of their self-titled record. However, the four new songs we got are more than enough to be grateful for. All four are driven and force you to bang your head or tap your feet. I remember exactly where I was and the feeling I got when I first heard the track “Neverdie” – sitting in a parking lot waiting for the doors to open for a Trash Hawks (Grind Central Records) show after a long day in the studio and as soon as the track began, it had all of my attention. I remember feeling like I had been slacking while these guys are producing song after song of high quality music. The contrasting punk melody leading into a soft, dreampop-like melody is hard to pull of, but they made it so seamless. The track “Shirley Says” ends on a high note with Zacharias thanking the listener and greeting them in the new year. That part for me was very reminiscent of The Memories‘ Hot Afternoon as Rikky Gage introduces the members over top of a song. A New American Classic couldn’t have been recorded any more differently from Pure Pain:

‘Then for A New American Classic, the last EP, we were conscientiously trying to record in a more collaborative way as we became more collaborative over the years and as it is not solely my project anymore. It’s good to have the spirit of the live feeling. We recorded the majority live off of the floor, but with obvious edits, but I’d say a majority was live off of the floor.’

Shirley & The Pyramids have gained international exposure representing Canada in Germany at the Reeperbahn Music Festival back in 2018.

‘At the end of 2018, we went to Hamburg and played the Reeperbahn Festival. I had been to Hamburg before, but not down to the Reeperbahn which is almost like their red-light district. We got our grants a little bit late so we didn’t have enough time to plan a tour, but we took a week off and just went skateboarding, checking out restaurants, and shops. It was pretty weird, we played at like, two in the afternoon, but it was good. To be honest I didn’t think that anyone would fucking care, but the response was pretty good, a few people bought some tapes and said they dug it, and the sound people liked it, and its usually a good sign when the sound people are pumped and he didn’t seem like he was pulling my leg about it, but yeah it was a lot of fun.’

The thing that makes this group of humans so damn crucial is their personal approach. Whether it is the music or its bumping into random fans at their shows, they are always being themselves. Who they are as humans and how much they care about the art and all that surrounds it is evident. Zacharias, Pickard, and Kitter all used to live in the legendary Witch Mansion, a home famous for their house shows and supporting touring artists from all over Canada. Shirley & The Pyramids radiate community and, most importantly of all, art for the sake of art.

To me and many others, Shirley & The Pyramids are one of the most influential indie bands in Canada. They are absolutely integral to the structure of Saskatoon’s amazing music scene and have been making an impact on artists since their conception. There truly is nothing better than art/music that speaks for itself. 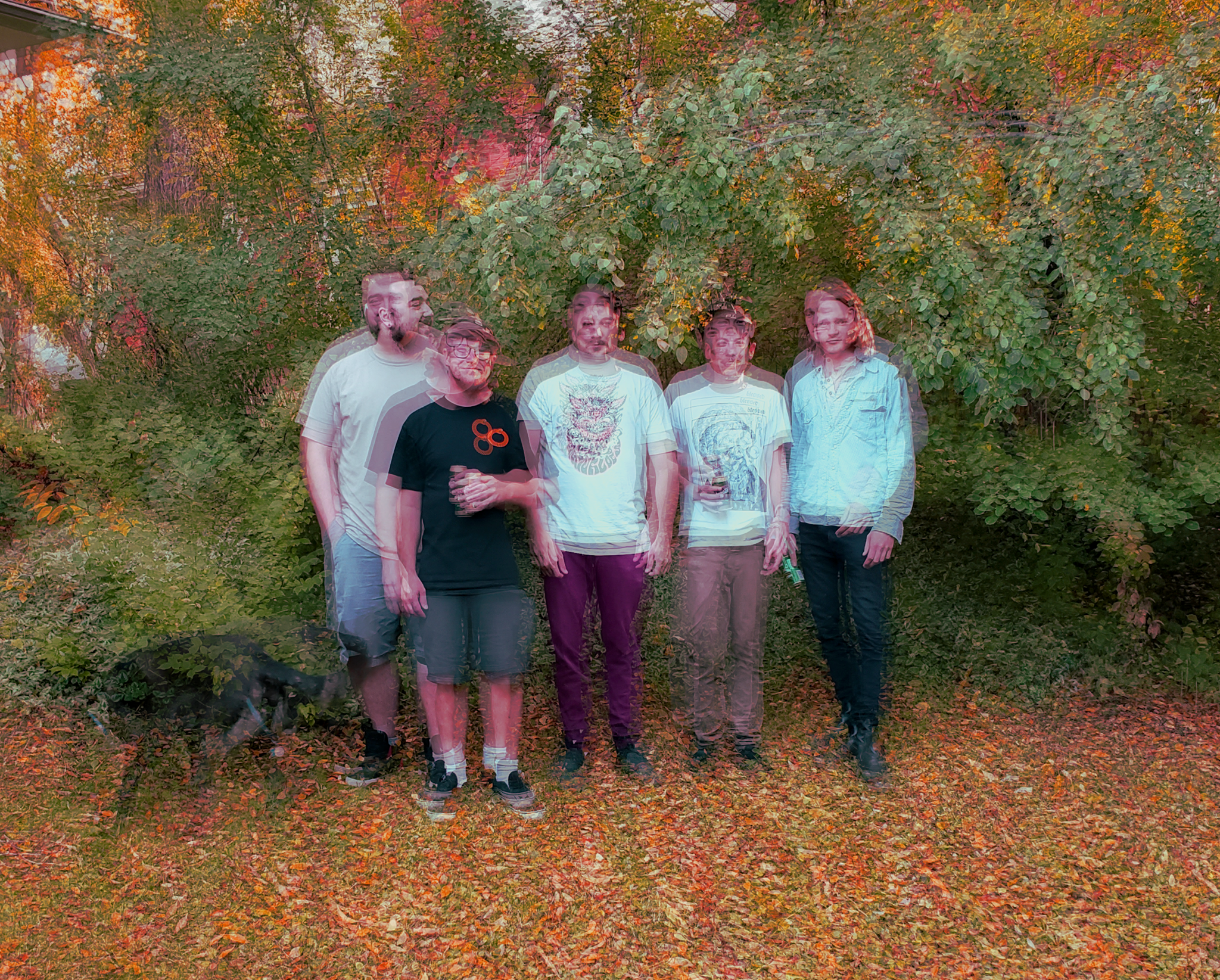 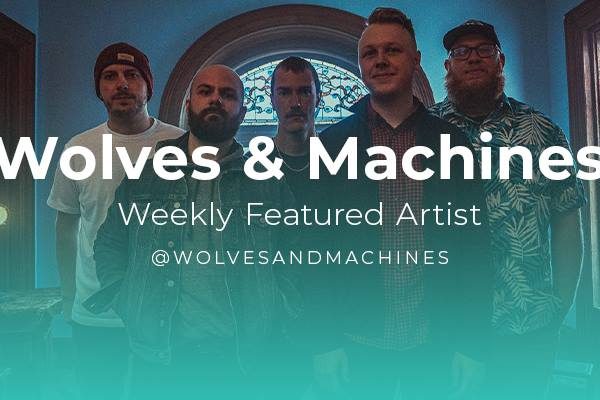 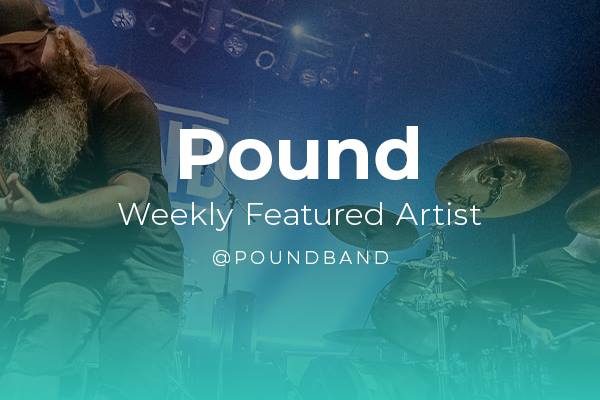 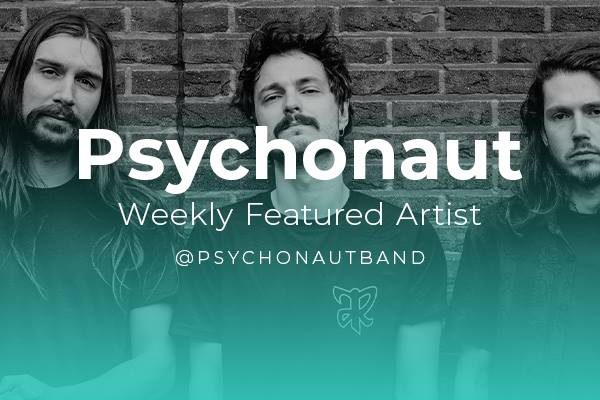