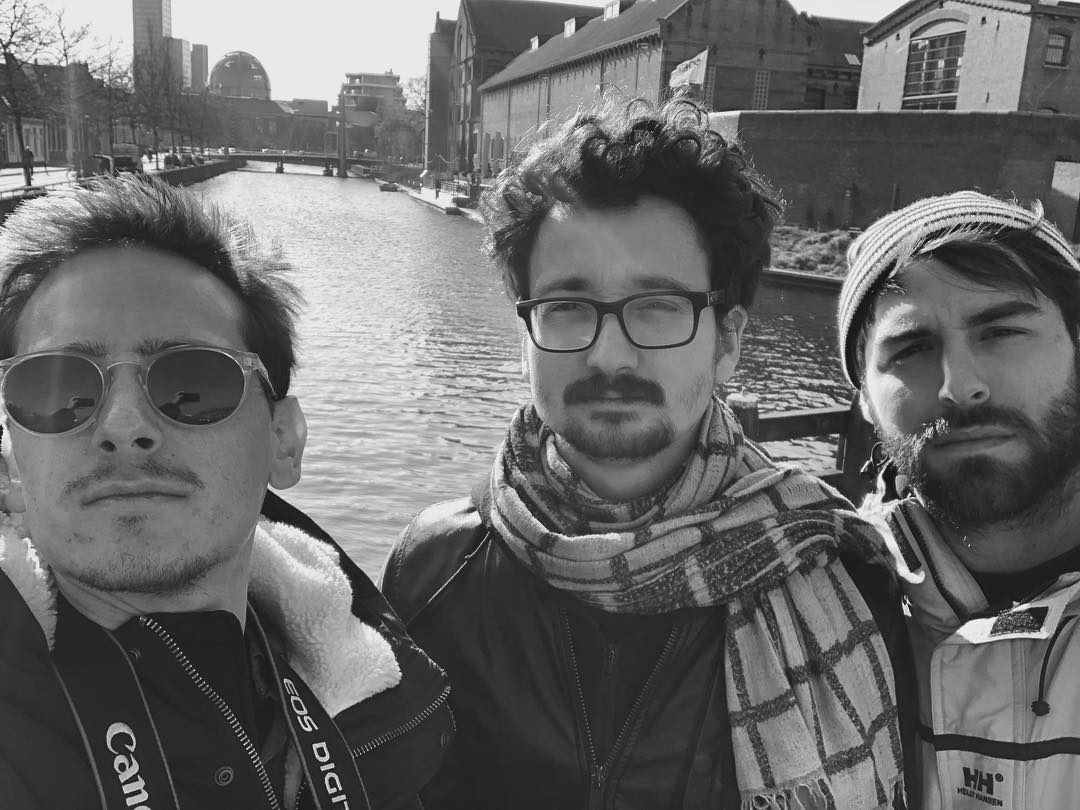 Ambient yet heavy music holds a special place in my heart as I’m a big fan of both atmosphere and some saturated distortion here and there. So today it’s a real pleasure to present to you French post-hardcore/screamo act PAST. Their energy and chemistry live lead me to ask them to be our Weekly Featured Artist and they were more than happy to answer me some questions.

PAST is a trio from Bordeaux in France. Consisting of singer and guitarist Manuel, bassist Mathieu, and drummer Simon, they play a post-rock flavored style of post-hardcore that switches between gnarly guitar work and ethereal ambiance. Live, they propel their music to new levels with their strong chemistry among each other and raw, passionate stage performance. The band came together when their former guitarist was looking for a bass player and found Mathieu through posts on the internet. After their drummer left later on, Simon joined the band and didn’t just fill the position of drummer, but also did background vocals live.

But how did the name PAST stick with them? Their former drummer wrote a song called “Weight Of Past” and having to come up with a name for upcoming shows they simply went with PAST. Though the band themselves jokes about how hard they are to find on Google due to the name, it fits their melancholic style.

So how do these guys sound? Crushing, heartfelt, emotional, authentic – I could probably go on but the most important part is that their music feels very genuine. Singer Manuel uses a reverb pedal to enhance his vocals live and goes from soft, almost spoken singing to throat-slashing screams that pierce through the angelic atmosphere of the music like knives. Instrumentation wise, this band runs like clockwork. Everything is very tight and locked in, with the bass setting accents in the quieter passages and going into full overdrive when the distortion comes on. The drums are very dynamic and almost sound melodic at times due to finely tuned cymbal work that complement the harmonies presented in their music. While their music is very atmospheric, even meditative at times, it comes across as concise and knows when it dabbles on one subject for too long.

In my opinion, their music is also a direct reflection of how PAST writes. In an ebb and flow rhythm, the band changes between just picking up their instruments and starting to jam and slowly working out parts for their songs to really make the most out of all the little details hidden in the foggy reverb.

Of course, playing this kind of music doesn’t come out of nowhere, so when asked about the musical path of the band, singer and guitarist Manuel answered the following:

‘I think we all have a special relationship to music, and that relationship pushed us to do it. This relationship has certainly changed over time, but there is something intimate I suppose during childhood that pushes us to go to certain areas such as the artistic creation. While some members of the band are particularly fond of composing, I think we especially like playing together in concert and also traveling and having new experiences through this activity.‘

Everything Is Noise wishes PAST all the best on their journey and all upcoming projects.