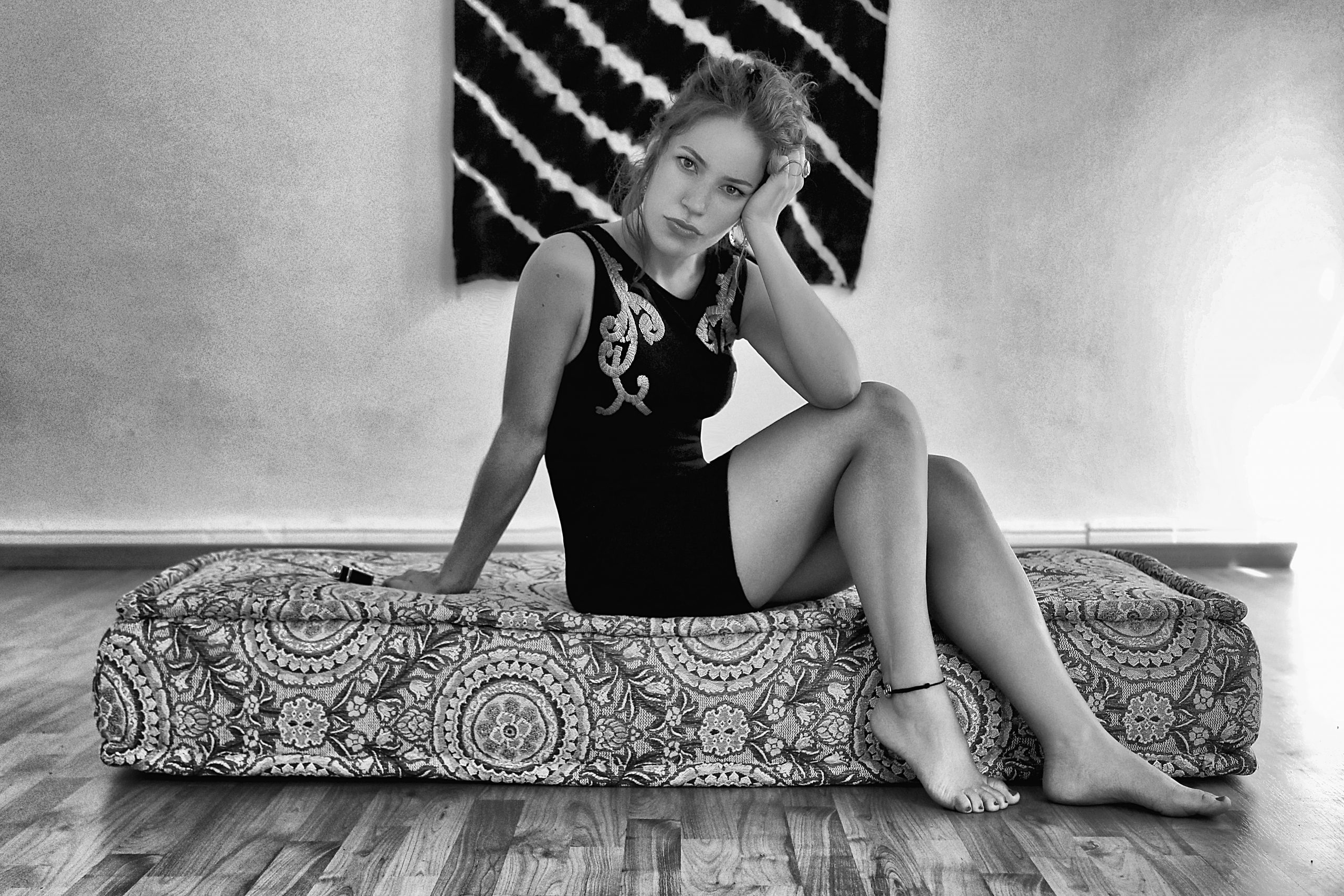 Nora Toutain, a singer hailing from Montreal, Canada, is seriously the whole package. Her music is absolutely delightful, she speaks three languages, and she is a sweetheart of a human. Incorporating her many languages and cultural influences, she has such a specific, yet diverse sound. Her music explodes with passion, making full and energetic songs. I am so glad I had the opportunity to ask her some questions and talk about her music!

What intrigues the most about her is how influenced her sound is. There are so many different genres mixed in, yet it all sounds perfectly placed. When I asked her to describe this a little, her reply instantly made me want to listen to her music. ‘I think this is the kind of answer that will evolve with time, but right now I would say that my sound is a blend of alternative R&B, modern jazz, and neo soul, with a hint of futuristic pop/funk. There’s also a strong presence of traditional African and Arabic music.’

There are so many different elements in there that spark intrigue. I can only imagine how she evolved into this sound. With her many experiences and influences, she is able to create beautiful music that truly represents her presence as an artist. Curious to know how speaking three different languages impacts her writing experience and creativity, I asked her to describe what it’s like being a trilingual artist in her environment:

‘It definitely gives me more options in terms of inspiration and direction. I have noticed that my love for soul, R&B, and jazz has often led me to naturally write and sing in English, but the more I evolve as a songwriter and performer, the more I notice that I want to incorporate my native languages, which are Arabic and French. So, I have a feeling that there will be more of a language mix in future songs.’

She is currently living in Montreal, Canada which has a very active Francophone music scene. Speaking three languages would definitely be fun in a city that has flourishing English and French communities. I asked her how her experience has been living as a Moroccan-French artist and if she has been able to partake in both communities! ‘Actually, because my music has so far been only in English, I don’t have much experience interacting with the Franco music scene in Montreal. I have written songs in French though, so I’m looking forward to finally finding my place within that community, as a Francophone!’

I am so impressed by her ability to sing in multiple languages and create such a diverse sound, not only with her lyrics, but with the instrumentals that back them. Her debut album, Grounding Place Vol. 1, demonstrates this really well. She includes her various languages throughout, with a pop-style song “Bad at Love” which is English, and a uniquely catchy song featuring Arabic called “Café au Lait”. She does a great job of incorporating many different styles and lyrics in her music, which makes it incredibly interesting. Touching on this, she talked about what influences her music.

‘Well first of all, the fact that I had a bi-cultural upbringing exposed me to a wide palette of sounds. My dad always had jazz, blues, and classic rock records playing, while my mom listened to Western classical music as well as traditional North African and Middle Eastern music. When I was a teenager, we moved to India for two and a half years, which further enriched my cultural experience. My parents often took us to see traditional Indian music concerts, which exposed me to new sounds and rhythms. And lastly, when I came to Montreal for my studies, I discovered modern neo soul, thanks to the musicians I met and the friends I made. So, the cultural and the musical influences always felt inextricably tied to me.’

Her debut album came out last year and is definitely worth a listen. Since discovering it, I have really enjoyed putting it on and listening for the different influences she talks about. I love the song “Women” which is an empowering song about the power women have. Accompanying the song is an awesome video featuring many women. It’s a fun song with a great message, which gives it two thumbs up from me for sure. The entire album is quite fun and upbeat, encompassing her personality quite well. I asked her to talk about Grounding Place Vol. 1 and the experience she had writing and recording it, seeing as it was her debut full-length release!

‘The writing and recording process was extremely organic and very collaborative.  I gave a lot of room to my producer and by extension, my musicians, which is why to me it was almost like a group project. I think that it’s thanks to this collaborative effort that the album has such a unique sound. There is a distinctive and nice blend of organic instrumentation with modern digitized sound. The album also has a personal blend of straight forward pop chord progressions, infused with a more complex harmonic vocabulary. It just reflects on how many rich musicians brought their touch to this project, and I am super grateful for it.’

Although she is technically a solo artist, she has a great band behind her and speaks very fondly of them. It is evident from her response that she values each member greatly and has them put their ideas into the music as well. She met most of her band members though a music collective called Kalmunity, and another member through her schooling at the University of Montreal.

Continuing on about her album, she shared a bit about the lyrics which is what I was most interested in. I love hearing about what experiences spark ideas for song lyrics, whether they are good or bad. Toutain’s lyrics seem really thought out and personal, giving them a lot of power.

‘As for the lyrics and the messages, they’re what ties everything together, around the themes of love, identity, heritage, travel and dream chasing. Those lyrics were directly inspired by personal experiences, so I feel like this first album was me kind of opening up the first pages of my personal diary to my fans.’

Curious to know if she is working on anything right now, I asked her if there are any plans for upcoming releases! She told me she is just finishing up some work on the songs for her next album, Grounding Place, Vol. 2, which we will get to hear snippets of sometime this year. She is hoping to release her first single of the album this coming spring or summer. Along with this, she is also working on material for the album following Grounding Place Vol. 2.

Once again, I am really glad I discovered Nora Toutain when I did, and will for sure be looking out for the single release she mentioned. She is fun, passionate, and super talented, which makes for a hell of an album.

Follow Nora Toutain on social media to stay up to date on upcoming releases! Find her on Instagram and Facebook, as well as her music on Bandcamp!