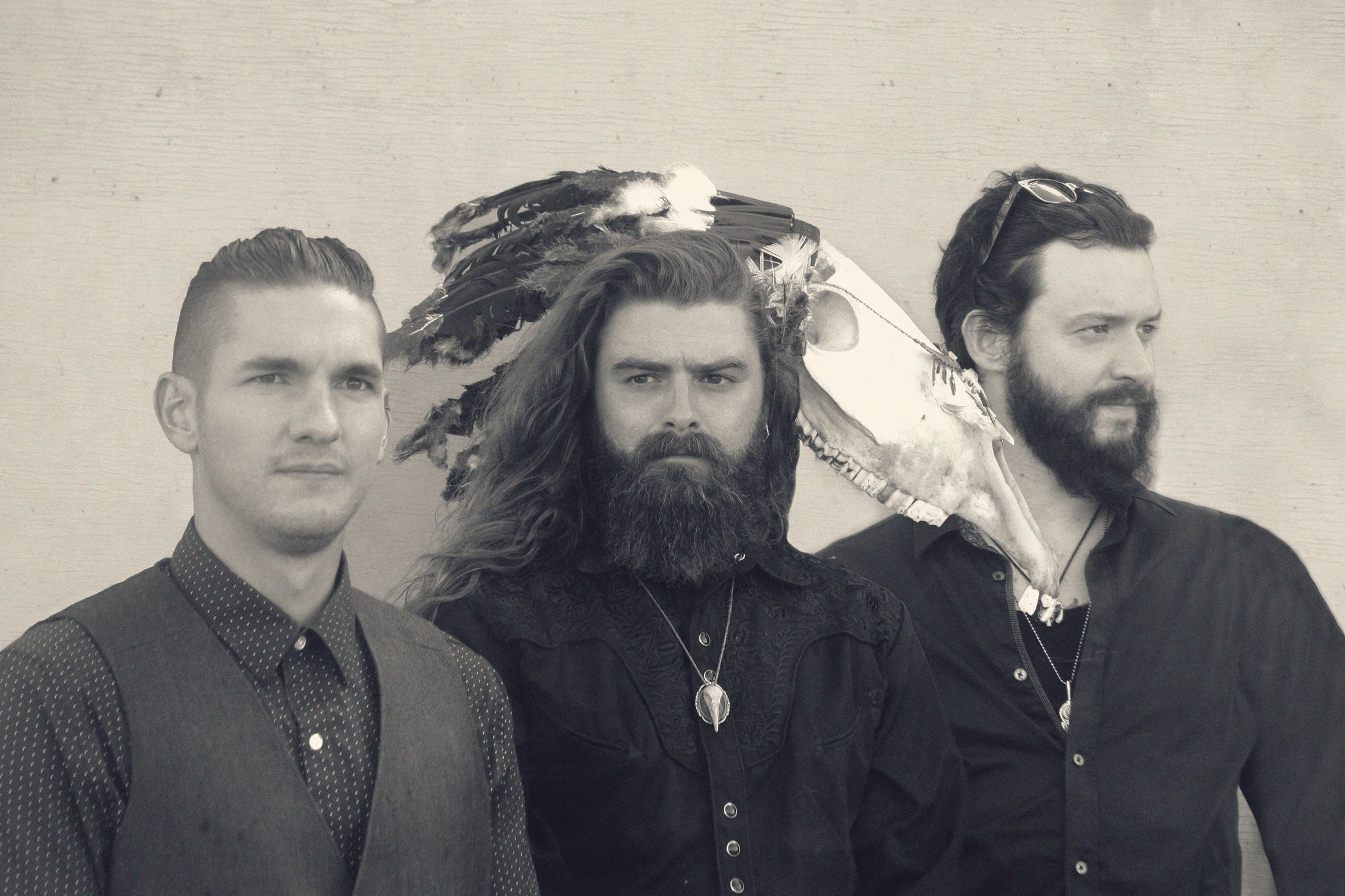 Indulge in an Album of Distorted, Tribal Tyranny as Appalooza Reveal “The Holy of Holies”

By Faisal BinzagrFebruary 1, 2021 No Comments

I wondered what the first great album of 2021 would be for me. Normally as any given year gets rolling, I get to hear a new album by an old favorite, or stumble onto something shockingly good I’d never heard of before. The Holy of Holies – the upcoming sophomore album by French trio Appalooza – is very much a part of the latter category.

My introduction to Appalooza came by way of the album’s lead single, “Conquest”. The track wastes no time hitting you with the goods, bludgeoning with apocalyptic, tribal drumming, washed-out vocal chanting, and wah guitar effects, before laying down some seriously groovy guitar chugging. I was delighted to hear a distinctive take on grunge vocal intonations, in a performance resembling Gavin Rossdale of Bush crossed with the unsettled warble of Brock Lindow, as heard on the earlier 36 Crazyfists records. There are smoother vocal elements too, dreamier and veering towards Alice In Chains’ more psychedelic moments, as well as aggressive elements lifted from sludge metal.

At this point, I must admit I have a special affinity for ‘90s grunge (Alice In Chains is my favorite band of all time), and I immediately knew I had to hear the rest of the record. As it happens, I got that opportunity… and now you do too!

We are delighted to be premiering the album in its entirety ahead of its full release on February 5, and (spoilers) it’s the first album of 2021 to properly blow me away. You can stream it for yourself below:

While it is a record very much in debt to the ‘Seattle Sound’ of the ‘90s, there is also so much more going on. While “Conquest” is a fantastic single, it doesn’t prepare you for how much more of everything album-opener “Storm” ends up being. Languid harmonizing in the vein of AIC, vicious, harsh vocals in places, and the use of tabla (or some other kind of hand drum), in addition to less expected instruments like the banjo, come together brilliantly.

It’s this cross-section of elements, woven throughout the album, that elevate it from what could have been a highly competent AIC tribute, to an album with its own flavor rooted in mystic tribalism. Tracks such as “Nazareth”, “Azazael”, and “Thousand Years After” lean hard into the record’s oriental and tribal influences, calling to mind (of all things) Amorphis and Breed 77 – more in their shared philosophy towards incorporating these influences than any substantial tonal or stylistic similarities.

There are a few more straightforward gems to enjoy too, such as the upbeat “Distress”, that manages to sound like it belongs here despite being snappy, uptempo, and borderline poppy in its hooks (still can’t get the woohoos out of my head), by virtue of a primal undertone it shares with the other tracks on the album.

Whether you prefer the album’s tribal and oriental flourishes, or its proud and self-aware ‘90s grunge worship, what cannot be denied is the craftsmanship on display that allows it all to come together as 2021’s first truly explosive rock record in my eyes.