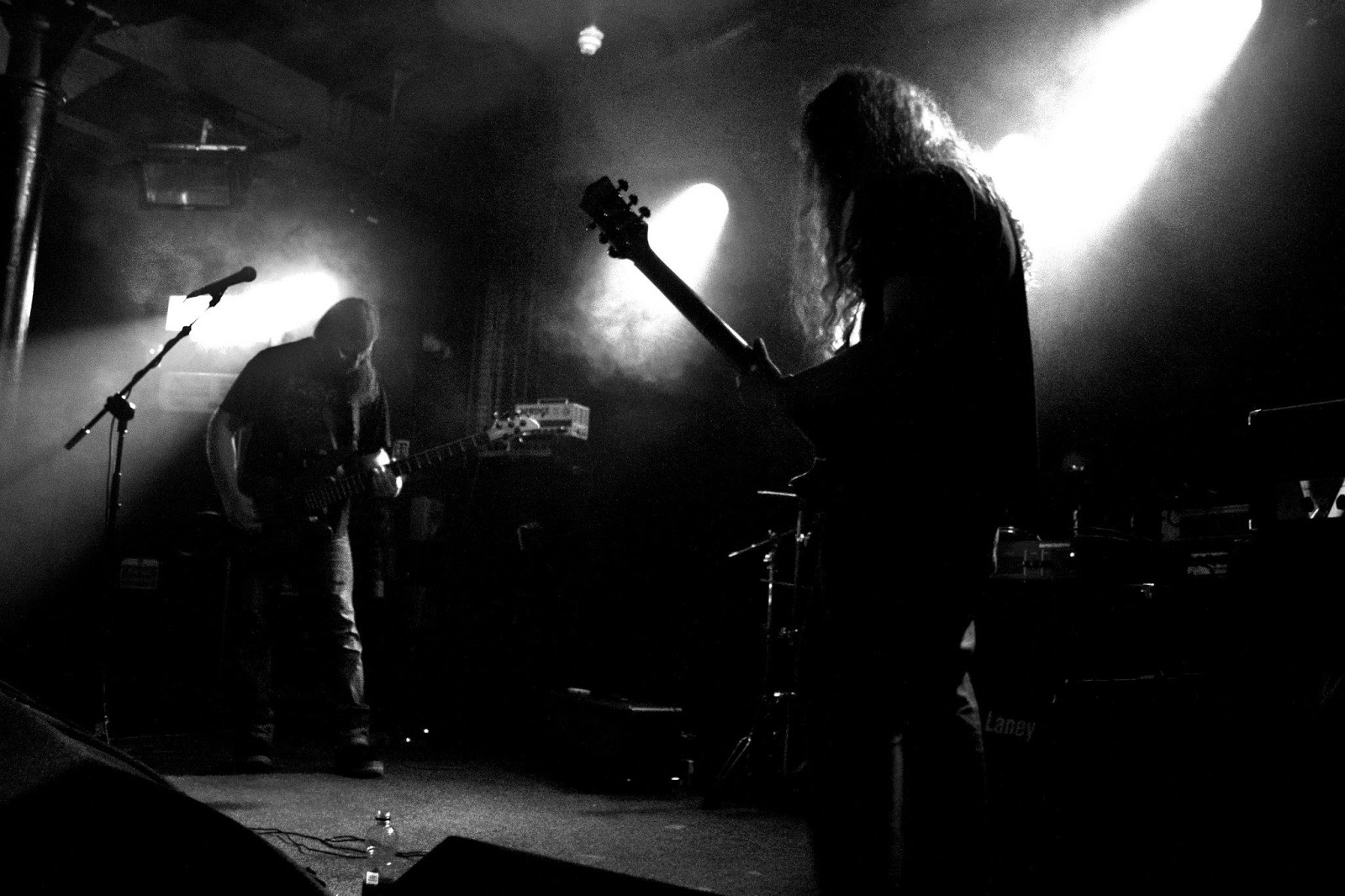 Leave yourself behind with a quick trip to the doomiest, sludgiest reaches of our universe – the dwelling place of Nomadic Rituals.

I don’t normally sit down and listen to music. My brain is very overactive, and I’m always trying to optimise tasks. I find myself always needing to do something – if I don’t physically move, I end up getting distracted by my own thoughts. So normally, I walk.

Unfortunately, the weather has been shocking, so walking hasn’t been an option, forcing me to really just sit and listen to Nomadic Rituals’ new release, TIDES. I was pleasantly surprised, though, at how much TIDES’ almost lethargic riffing and expansive atmospheres suited just sitting, and how it still managed to keep my thoughts on it the entire time. Once I’d become familiar enough with the album, I started listening to it while doing other things – I had a bunch of posters to design, and I found it to be the perfect backdrop for doing this.

Initially, I thought I’d just found another doom album, but like the best doom albums, TIDES has a strong sense of narrative, firmly established as early as its opening track “Cassini-Huygens Part 1 (The Launch)”. Even without vocals, it’s clear from the beginning of this track that it’s about to take us on a journey – a metallic soundscape falls away to gentle bass chords, the anticipating bloom of a sweet guitar line, and restrained drumming. The song builds on its opening motif in an almost post-metal way, delicately, with no rush. The first half of the song feels wondrous and warm, floating suspended between the stars before it enters a canyon-like nebula of distorted guitars, the opening guitar line now woven discreetly into the harsh vocal part. The lines ‘Go and leave this place/Get out of here’ become a mantra, as if to wake the listener from deep sleep.

While TIDES is filled with thick, chunky doom riffs, I hesitate to just call it doom. It definitely has a solid sludge edge to it as well, easily heard in “Cassini-Huygens Part 2 (Last Transmission)” and making this one of my favourite parts of TIDES. I very much enjoy the alternation of the two different vocalists on this track, one gruff and low, the other sitting in a gnarly higher register. Both sound slightly uncontrolled, but to me this only adds to the charm of “Part 2”. The song chugs along with sludgy resolve for a while, before slowing to become an epic, trudging monster, huge and powerful. The inclusion of almost black metal tremolo lines and perfectly disgusting guitar leads compounds the feeling of cosmic swampiness.

The monumental “Them”, which follows “Part 2”, is another highlight for me. From its gloomy opening through its stoic main riff to its Sword-like ending, it brings a fullness to my chest that I can only compare to pride – something about its simplicity is just awesome. But lest you think that Nomadic Rituals are just all about weighty riffs and screaming, the opening of “Tumulus” takes everything back a few notches, with a dreamy intro reminiscent of “Part 1”. Similarly, “Moving Towards Total Disorganisation”, the album’s shortest track, is a simple, contemplative dreamscape, a warm, dark embrace. Even when it builds to a fuzz-drenched quasi-climax, it remains comfortable and soothing.

TIDES never once breaks character. All the songs blend together fluidly, creating a gentle ebb and flow that feels so natural I never once felt jolted. It’s a smooth, lovely ride, exploring many different aspects of sludge and doom in its course. Elements of it, like “Moving Towards Total Disorganisation”, are mellow and meditative, and others are heavy with dissonance, like the opening riff to “The Burden”.

TIDES didn’t knock my socks off. It didn’t amaze me, or surprise me in any major way, but it did very quickly become a comfortable space for me to withdraw to. It’s an album that deserves concentrated attention and has enough going on musically to satisfy hold the listener’s interest, yet it is never intrusive and is therefore an ideal companion for drawing, cooking, walking, or just sitting and staring out the window. Give it space, and it will create space for you. The posters I designed while listening to it turned out dope, by the way.