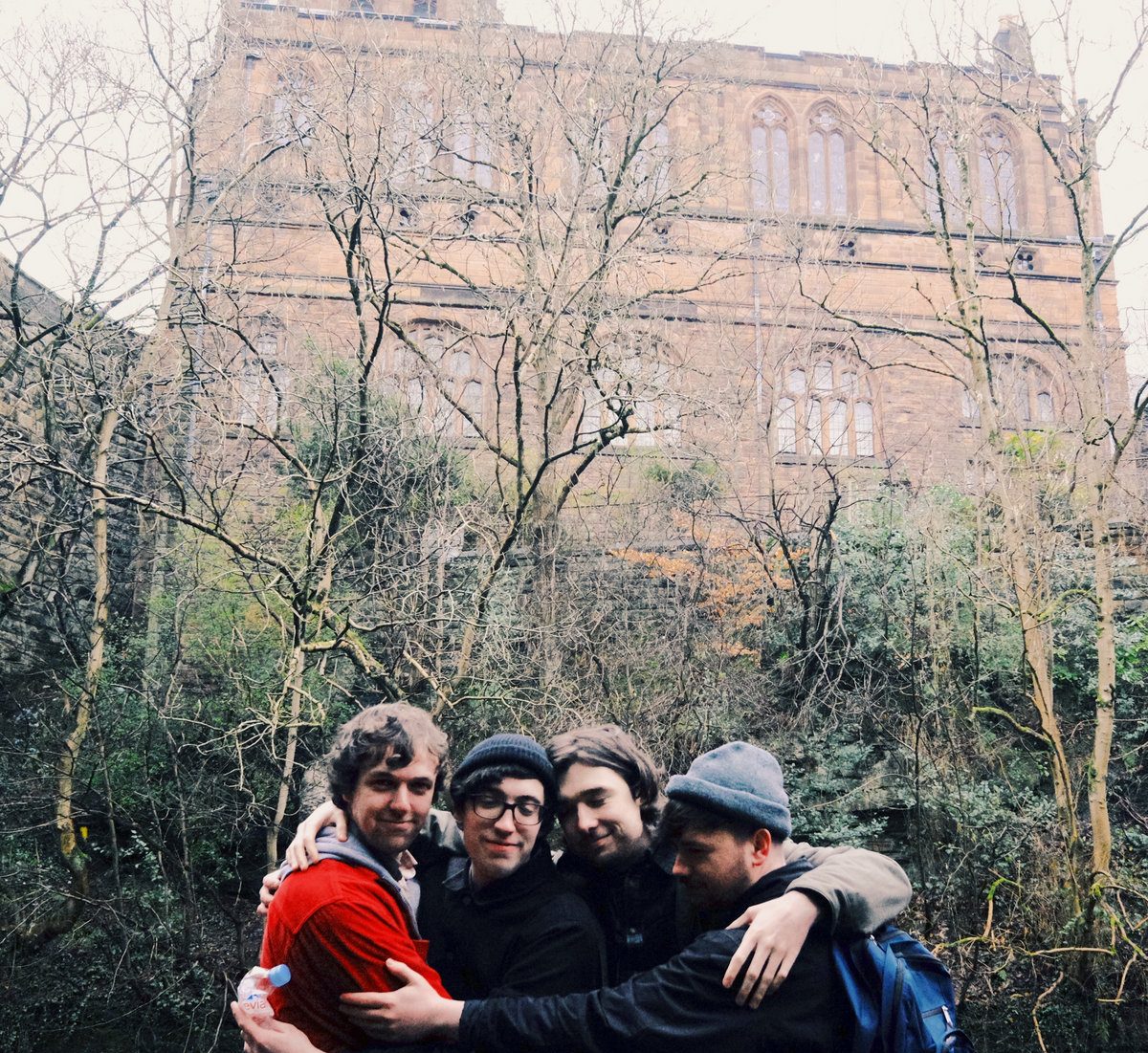 Codist – “A Dream Is Just a Big Thought”

By Billie HeltonJanuary 31, 2021 No Comments

Codist take you on a charming, entertaining, and endlessly catchy rock journey with A Dream Is Just a Big Thought.

There is one thing in music that I am an absolute sucker for, and it’s one of the hardest things to nail down and define without being subjective. I’m talking about charm, and it’s something A Deam Is Just a Big Thought is packed full of. Codist deftly delivers an engaging album full of hooks and memorable moments. The production is a little rough around the edges in all the best ways, giving the instruments all an incredibly organic and warm sound, which really elevates the appeal. This is an early favorite for me, and I have a feeling I’ll be coming back to this album and all its charm all year.

Codist is settling into a sound that’s somewhere between garage rock, indie rock, and Midwest emo. The constant driving chords and abrasive-at-the-surface instrumentation are evocative of ’90s garage bands, with an interesting vocal tone that’s somewhere between Third Eye Blind and Tigers Jaw. They have that same kind of carefree and jovial tone to their music as the latter does as well, often masking dark and somber lyrics. That last part is one of the biggest calls to emo music from Codist, but that all-familiar twinkling guitar is also prominent in a lot of songs.

A Dream Is Just a Big Thought is just a really eclectic and unique album without reinventing the wheel or doing anything too flashy. It shows a pretty deep understanding of songwriting to have so many different elements to each individual song without anything feeling out of place or inconsistent with the tone of the album, and that’s always nice. Take “Malamute” for example – the closest comparison I could give to it would be early Delta Sleep. It’s got that bouncy and kind of mathy tone without going full-on into their territory. But that opening riff was enough for me to get that vibe and really appreciate it.

Codist does a lot of things right with A Dream Is Just a Big Thought, but one of the things they really nail is the vocals. There is a lot of power and expressiveness to the vocal performance, but the way the vocal duties are shared and they harmonize so regularly is wonderful. The end of “Malamute” is a great example of that, but the chorus of “Carrying the Milk Around” with its harmonizing group vocals just feels great. It adds a lot of subtlety to moments while also making the group seem more rooted and in tune with each other. The humming harmonization over the guitar intro to “Find the Water” gives me chills, and adds an intimacy to the intro that the song would be really lacking without. It’s the little touches and flourishes like this that really make this album stand out.

Speaking of “Find the Water” – it’s one of the most somber songs on the record, and it’s done incredibly well. I love sad music; maybe I’m just a glutton for punishment. But as someone who has suffered from a litany of mental health conditions for years, it’s absolutely cathartic to have depressing-ass music wash over me. The melancholic chords and introspective lyrics with just the plain glum atmosphere work really well. It makes it even better that you get an immediate pick-me-up from the more upbeat “Heaven Handed”, which immediately follows. There’s a nice mix to the tracks this way, even though most of them lean way more to the more buoyant side musically.

A Dream Is Just a Big Thought is a pretty fun rollercoaster. It’s more like the joyful ones at theme parks than your failed relationships anyways. It has its hills and dips, and for the most part, you can see them all coming ahead of you. Occasionally, however, it takes you for a sudden shift in direction that keeps you entertained and your heart racing until it pulls you comfortably back into the station. Codist has made a solid and entertaining album front to back with enough quality and – you guessed it – charm, to keep you wanting more.