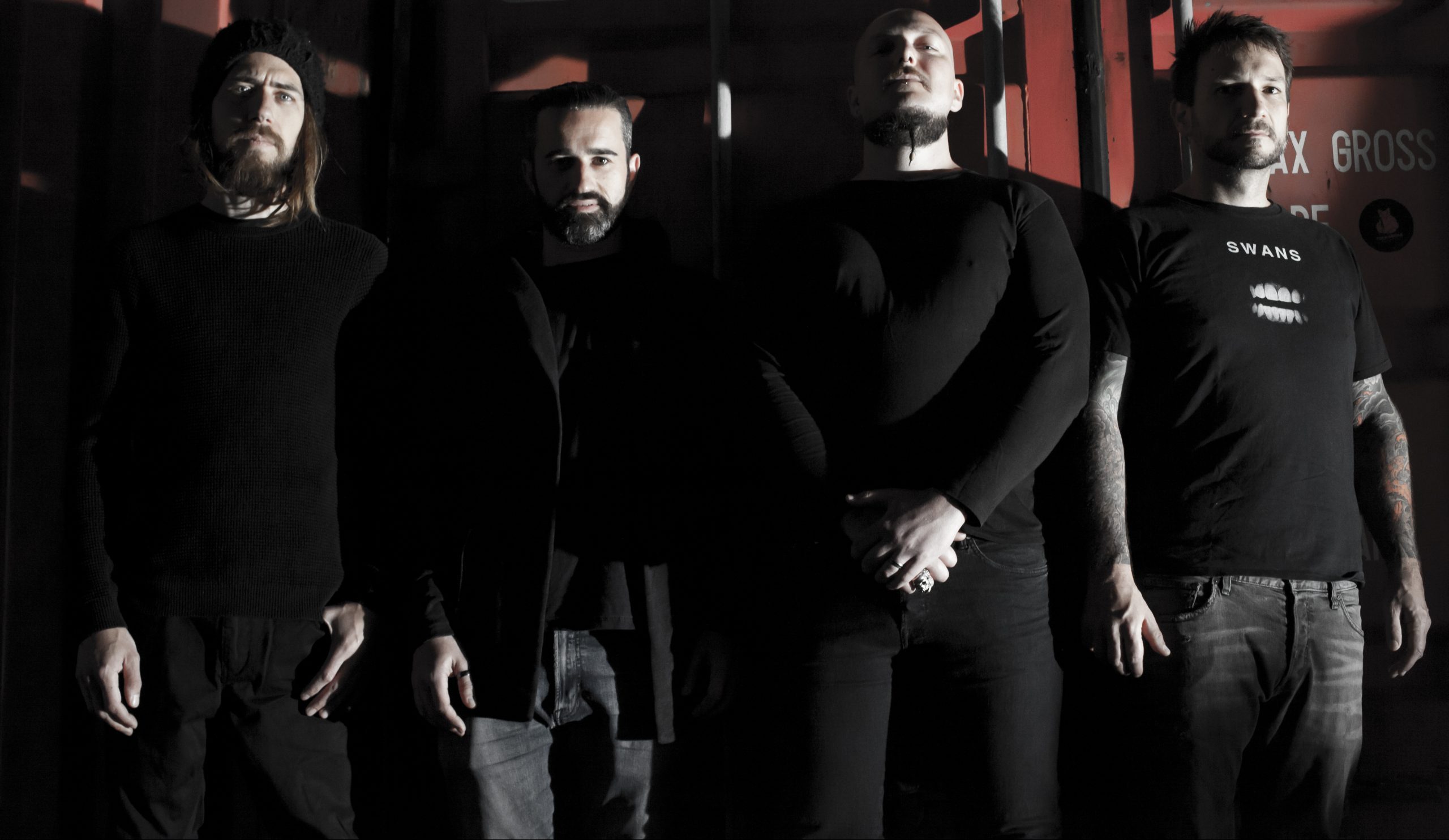 Creating true heavy music is a fine art, one which it is safe to say our Weekly Featured Artist Herod have mastered. While other bands rely on an obscene amount of layers or any number of over-the-top breakdowns, Herod is just a cyclone of vitriolic metal, their intense blend of post-metal and sludge sounding so crisp yet so wild at the same time. We were lucky enough to spot that Herod has begun work on the next chapter of the band’s history, so we elected to get in touch to see how they were getting on and what really makes the band tick. From live shows to their signature sound, get to know the band intimately with their lead guitarist, Pierre Carroz.

First, the origin story. Pierre started Herod way back in 2006, when he was staying in Sweden. Starting out as a solo project, he first brought others into the fold in 2011, where Fabien Vodoz on drums began rehearsing for the debut album. Eventually released in 2014, They Were None established the band as one to watch, with two other members being drawn in to help on vocals (Dave Glassey) and guitars (Bertrand Pot). All of the members were from the French-Swiss metal scene and were fans of local artists like Kruger, Knut, and Unfold. The band changed singers during the following years, with Dave being replaced by Mike Pilat, ex-frontman for The Ocean, who also picked up a guitar to complete the artillery of noise on their second release Sombre Dessein. Released in 2019 via Pelagic Records, the album caused significant ripples, with the band touring alongside Gojira, The Ocean, Napalm Death, and Carcass.

The good news is that the pandemic hasn’t hit Herod‘s plans for the future too hard. In fact, Pierre quite enjoyed the downtime, spending time with his newborn and moving to the beautiful Swiss countryside. And that downtime allowed Herod to knuckle down on the composition and rehearsal of their untitled third record. Mike is based in the UK, so the band have been coordinating with him remotely, the plan being that he manages to make it over during the summer sometime to track the vocals with the band. With the rest being in Switzerland, Herod has completed the tracking of drums in a local studio in Lausanne and are moving swiftly onto guitars, which will be re-amped in a further studio after initial tracking in their rehearsal space. Finally, the album will be mixed by Raph Bovey (Gojira, Nightmarer, Zatokrev, Nostromo), with a planned release date of next year. Whilst this seems ages away, the intense vinyl shortage and limited options for live shows make the wait much easier for the band, who can focus exclusively on delivering the best on the next release.

For me, Sombre Dessein is one of the best heavy albums ever released. The first reason I’d like to state for this is its overall sound – it is totally unique in my eyes, broaching this gap between progressive sludge, doom, and mathcore. Unlike many bands in the post-metal bracket, despite the epic production on the track, the guitars retain a raw and primal feeling to them, cutting through to those base instincts, arguably making each riff even more hard-hitting and easy to move to. With the band not using a bass guitarist in their line-up, they are able to highlight the cataclysmic riffs untethered by a consistent rumble underneath. This leads to some exceptional moments of pure chaos. Lead single “Fork Tongue” has some of the most infectious grooves in modern metal, whilst tracks like “Don’t Speak Last” and “There Will Be Gods” ascend from the depths of Tartarus to eclipse the sun and drench you in bleak metal.

The writing process is a tricky process for the band, however; they have already thrown away a whole album’s worth of material for the third record. Partly down to overthinking things, but mainly down to wanting to release pure quality, they find that this process is validating their status as a band. And the best news is, they are working on more escalating songs, which wind you in the gut harder at every breakdown despite only making small tonal shifts in the overall music. When asked if there was any secret sauce to their sound, they highlighted the Electro-Harmonix POG as the ruling champion for them in the studio and on stage. As they don’t use bass, the band have about five on these on stage at a time, allowing them to unleash unearthly carnage upon your ears.

Speaking of the stage, I was fortunate enough to make it over to Complexity Festival before the world went tits up, and even luckier to see Herod live. Easily my favourite show from the festival, Herod effectively rewrote the definition of particle annihilation. It wasn’t just heavy for the sake of being heavy – it was a performance that shook every bit of matter in my being. Yet the hilarious piece is, this was the show in which they had the least gear they’d ever played with live. Having managed only an hour’s rest after a show on a mini-tour, they flew to Haarlem, Netherlands and plugged a few pedals into the festival backline before discharging their world-ending performance to the audience. Needless to say, it was the bands favourite live show yet.

Your life is a canvas upon which others can draw, and Herod made quite an impact on me with their last record. I’m from a seafaring family, but I never really understood what happens when those great beasts finish their lifecycle on the water. Herod‘s stark and brutal concept from Sombre Dessein focused on the climate catastrophe and, in particular, the final resting place of these ships in Bangladesh and India. One part of humanity enjoys cruises and the relative ‘safety’ of their navy fleet, whilst the other side of the coin tears these rusty and unsafe behemoths apart in torrid conditions, risking everything to put food on the table. This disparaging look at human consumption is the key driver behind the concept, and Pierre mentions how pissed off he was when he wrote the album, but also mentions what his plans are for the next record and his own existence.

‘Personally, when we composed the music and lyrics of Sombre Dessein I was in a period of real anger, realising we have reached a civilisation collapse while trying to find a certain tragic wisdom (cf. Don’t speak last track). Today I am more in a mood of action, not complaining but doing things. Trying to change my way of life for a more rural, agricultural and sustainable model.‘

I certainly wouldn’t expect Herod to tone things down on the next album, however. With the weather systems spiralling ever out of control and humanity more focused on TikTok than stopping the climate clock, I’m certain Mike will have plenty to shout about on the next record, whilst Pierre, Fabien, and Bertrand will no doubt bring the heavy behind him. Yet with the focus on climate comes a tough question: what to do with touring? This is question Pierre is posing himself as we speak, and whilst I want to see this band over and over again in the live setting, one must be conscious of the impact that flying and driving across continents has on the world. Nonetheless, we wait with bated breath for Herod‘s third album, which will premiere on Pelagic Records in 2022. Thanks again to Pierre and Herod for their time, and for the exceptionally heavy music.