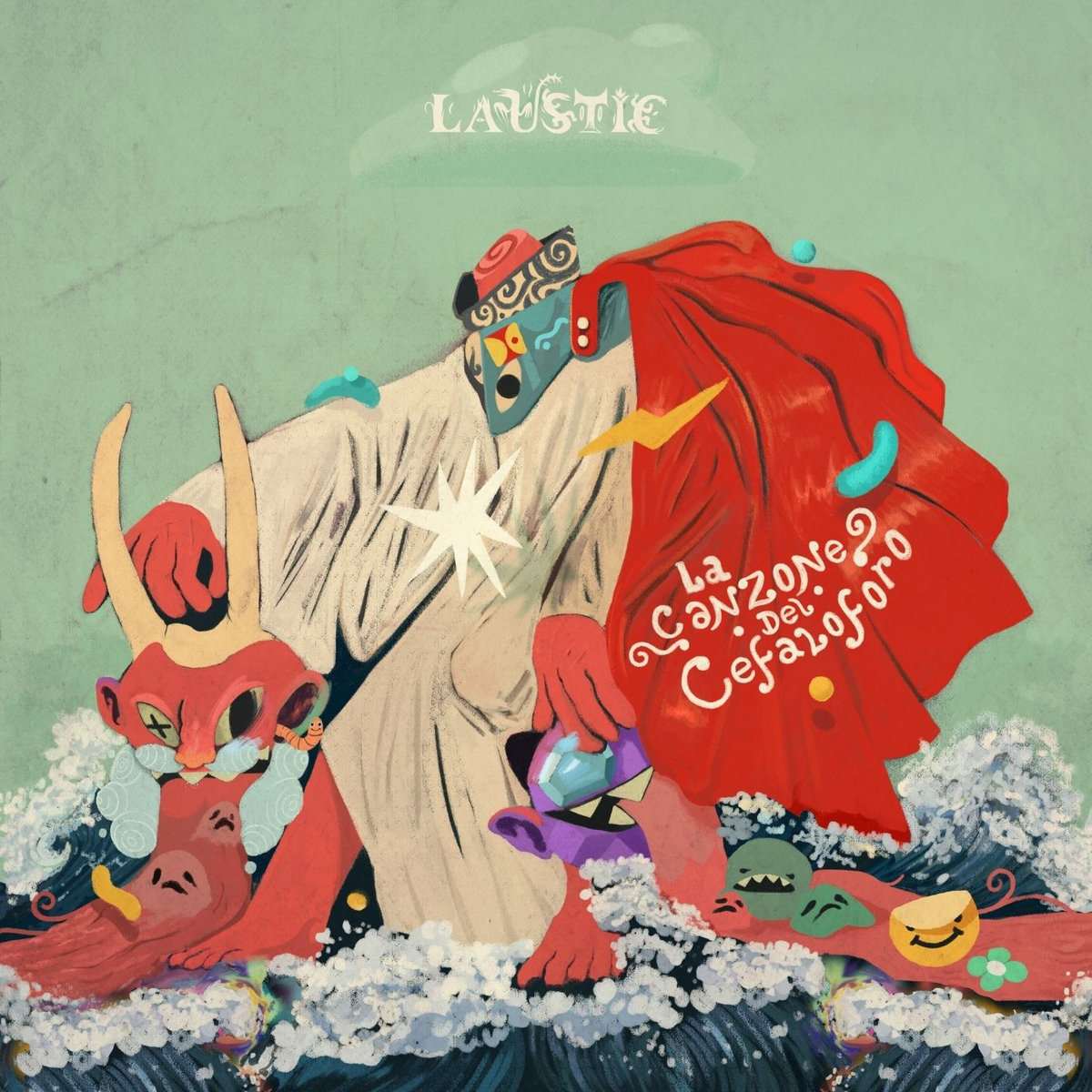 By Robert MiklosJuly 6, 2021 No Comments

You ever just listen to something, finish it and as you’re putting the whole thing to play again, you think something like ‘What the actual fuck was any of that? Doesn’t matter, let’s do it again!‘? I’m sure some of you have come across something like that sooner or later, as did I with Laüstic‘s record right here. Although, I cannot emphasize enough the amount of that actual fuck that went through my head for this particular instance.

I honestly wish I could offer a proper fleshed-out background/intro for this band, although I could barely find anything myself. The duo, comprised of Joshua Guerrero and Théo Castell (who handle basically most of what we hear), is also assisted by Kohld Haveneson with mixing and mastering, as well as some other noises too. Hailing from New York, Laüstic is also formerly known as Duende en la Penumbra. The name of the band (I would assume) refers to a medieval poem, whereas the title of the record is Italian for ‘the song of the cephalophore‘. The song titles don’t offer any additional clues either. I can’t really tie any meaning between these and the music, especially since lyrics for the songs are nowhere to be found and not enough is intelligible upon listening.

However, I would consider that the apparent lack of any deeper meaning (whether intentional or otherwise) doesn’t hurt, in any way, the experience. Sure, it would be nice to have more conceptual meat to bite into for support through these tunes, but the tunes themselves have plenty to bite on, more than most of us could probably chew anyway. While the EP spans a modest three songs, across nearly twenty minutes, it feels like something complete. As I listened to Laüstic, on each subsequent listen I would be reminded of many different bands depending on what segment was playing.

For example, right around the middle of “De los Bosques a las Ciudades” I was eerily reminded of one of Hypno5e‘s characteristic cinematic moments. Around the very beginning and middle of “Arca of Silverpoint Hyphae I. In Fond Remembrance of an Intoned’s Severed Arm”, I felt a massive throwback to maudlin of the Well‘s trademark avant sound and approach. I also encountered similar vibes on “Arca of Silverpoint Hyphae II. Microscopic Basilica”, but more so in terms of overall mood. In its overall presentation and structure, the record also reminded me somewhat of Tangled Thoughts of Leaving‘s Tiny Fragments.

I could spend a ridiculous amount of time cutting the record into tiny bits and making some insane analysis with flowcharts and whatnot. Anyway, what I really want to point out is that, while there are many parallels to be drawn, Laüstic simply beckon and ultimately create something unnervingly authentic, organically original, and just fucking wild. The music itself runs seemingly haphazardly (but actually neatly) through ambient soundscapes, folk leanings, bursts of metal, IDM elements, experimental approaches, avant-garde mindsets, and psychedelic overtones. I’m just trying to keep it coherent, you could probably isolate at least another handful of influences. What is truly amazing is how the music manages to maintain a flow and more than just a semblance of narrative iota. I’d succinctly define the overall mood of the record as madly surreal and otherworldly, while also being grounded in something tangible.

My head runs amok and starts to blow smoke out of my ears as soon as I attempt to envision what such a collection of sounds would be set to. I think it would be like dropping an irresponsible amount of psychedelics, being strapped to a chair, and having all of Dali‘s paintings burst in fast succession in front of you while you stare at them through a pair of kaleidoscopes – something like that, yeah, that sounds about right.

I have high hopes for this band, and surely given more time and better tools, something of masterpiece levels is bound to emerge. I would be willing to bet that you have never heard anything like Laüstic ever. I know I haven’t. Vague similarities can’t really count when something of this scale and depth is on the table. La Canzone del Cefaloforo is easily and definitely one of the most promising debuts I have ever heard.