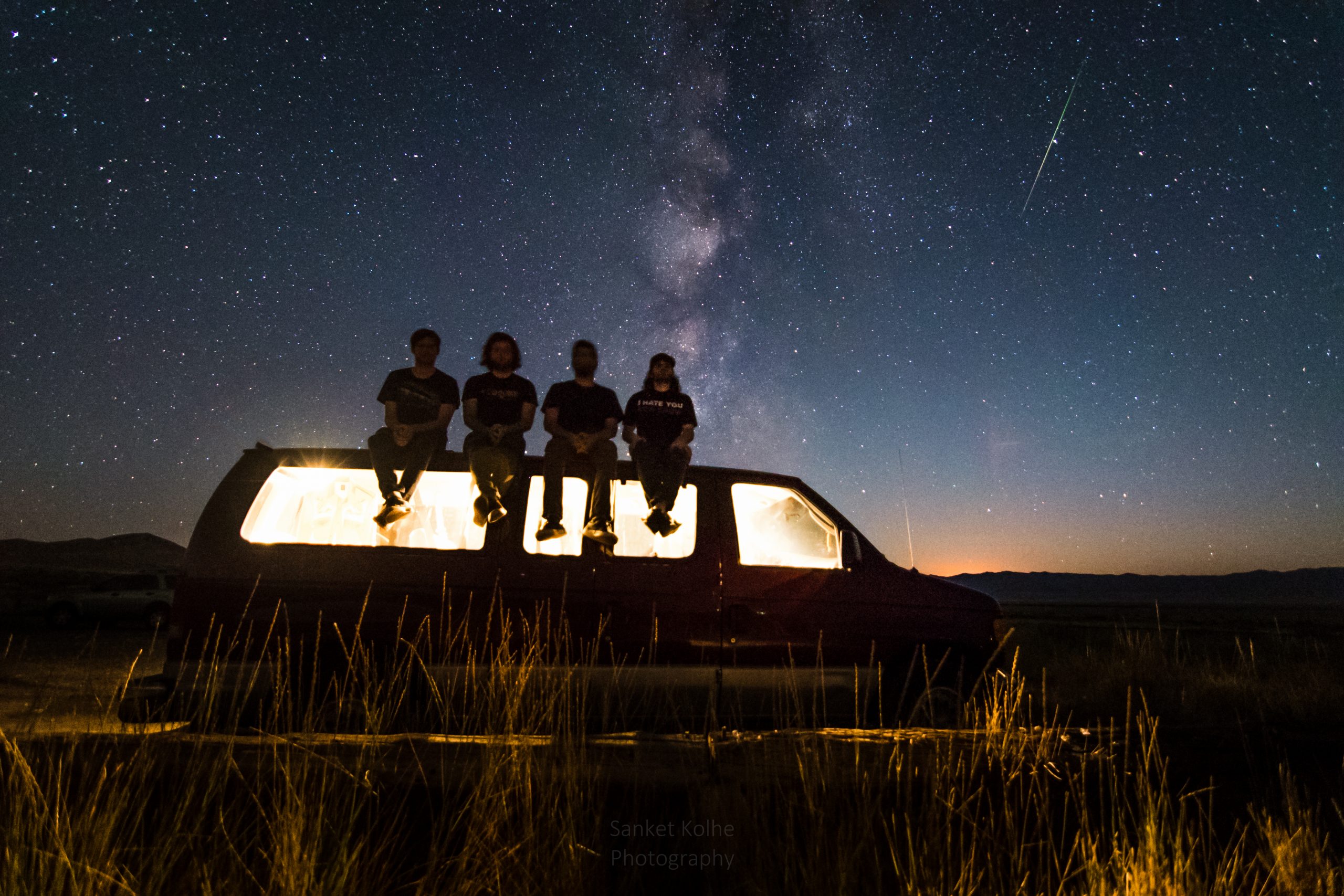 By Billie HeltonMarch 9, 2020 No Comments

In this day and age, it can be really hard sometimes to find truly original music. There are almost always comparisons you can draw to other artists, and more often than not, you can trace a band’s influences back to the root of their sound. This isn’t a slight to most musicians mind you, but rather an observation. So with that said, anytime I hear something really unique I get interested in it. This was the case with Gloe, and I am absolutely on board with these guys.

It’s one thing to make unique music, but when that music taps into literally all my favorite genres of music, it’s definitely going to make me a fan. Hailing from Salt Lake City, Utah, Gloe blew me away when I found out about them and I still don’t think I’ve fully recovered. Their work is brimming with energy from the mathy guitars and the incredible high-range vocals, but is also really grounded and rife with well-written passages. Add in some post-hardcore flair, a bit of prog rock, and most importantly, metric tons of reverb and you have the otherworldly new album, Dead Wait.

Gloe is a project that came together ‘somewhat by design‘ according to the band:

‘The concept of the band was something that Brian, our drummer, came up with. He conceptualized it basically just in the first song we ever put out, “Professional Advocation”. It was the first song that we all ended up collectively working on together, and when he showed the song to me, I just like immediately was like ‘I know the perfect guitar player that would fit this‘. We more or less planned out the elements that we wanted to have and like the bands and artists we wanted to try to encapsulate, but those have changed through the album cycles.‘

Their singer/guitarist Ian and bassist Chris have worked together before Gloe, playing in a couple other local bands and collaborating on albums as producers/co-producers – they’ve had a long relationship across many other projects and genres. They met Dan, the other guitarist, after he hired Ian to help produce an album for another band of his, and they all came together that way. Wanting to make something outside of the mainstream and a yearning for a unique sound pushed them together and helped them hammer out the sound. Dan summed it up really nicely: ‘We all just wanted to make something different and push some boundaries I guess.‘

When they first started writing, everybody in the band was heavily into math rock. They were regularly listening to Chon and Tera Melos, among other bands in the genre, and all have a strong history with The Mars Volta. As they got more into making new songs, they started pulling more influences from their personal histories. Ian in particular names Faraquet and a lot of other Dischord Records bands as motivators to breach the math world. ‘It was really until I had met Brian and Dan that I was able to put it together in a way that like it wasn’t like 1999 again.‘

Gloe‘s debut EP Vestige is incredibly interesting, but presents a totally different experience than Dead Wait in a lot of ways. It feels more mechanical and programmed. While still a ton of fun and the start of this really unique sound, the band took a different approach to recording the follow-up: ‘We listened back and were like ‘This doesn’t sound like the songs I wrote.‘ Our experience making Dead Wait, we wanted to make it as like organic as possible and stay away from editing as much as possible. It really is tracked in a more natural setting than our EP was.‘

When recording Dead Wait, it was essential that they were able to recreate all the sounds and effects live, according to Gloe. ‘With this record we were so committed to being able to do this stuff live that the samples and stuff that you hear are actually done on a DL4 or a modified DL4 and they’re done live. They’re not done in the box or anything.‘ The song “As Within/So Without” was originally recorded with a different guitar tone that they had a hard time getting back, so they generated an entirely new sound to avoid using a sample. That is an insane amount of dedication to crafting a true live experience, and the quality of Dead Wait shows that.

As wonderful as it is, Dead Wait almost didn’t make it to see the light of day. It would have been an absolute shame if this gem wasn’t released to the world. Due to some label issues, they had to push back the release date of the album and had a time where they didn’t know if it would ever come to fruition.

‘The whole thing took a lot longer than we thought it would. We started recording and tracking three years ago. We ended up signing an ill-advised contract shortly after making the record. The money just kept not coming through and we were having to travel from Salt Lake City to Portland to record. Basically, everything just kind of got fucked over the course of it.‘

Thankfully everything was resolved, and despite the setbacks, Gloe were able to release Dead Wait this year. Instead of sitting idle while they handled their troubles, they used that time to make some more music whenever they could release it. They told me they were talking to me from their studio, which instantly raised an ‘oh shit, new music?’ alarm in my head. Well, it turns out the band has another few songs they are currently tracking, and will be looking into releasing another new EP in the near future. With some shows already booked and the group looking at cities further away, it looks to be a busy 2020 for these guys.

One of the best things I took away from this whole interview is how humble and genuine the guys in this band are. They want to make something really unique and fresh, but they’re not trying to break into the mainstream or get rich. There is a certain level of quality that comes from music made as art instead of a product, and it’s one that Gloe definitely exhibits. ‘We don’t have any kind of crazy hopes or anything about it. We really just want to write stuff that not only we want to be proud of, but stuff that we can listen to on repeat. That’s really all that matters to us. In 2020 it’s hard as shit to sound something that doesn’t sound like something else, and you know, if I can contribute to making something original then I’m cool with that.‘

I had a blast talking with these guys. Gloe are awesome, and you should definitely be listening to them! You can do so here. Be sure to follow them on Facebook and Instagram for more.