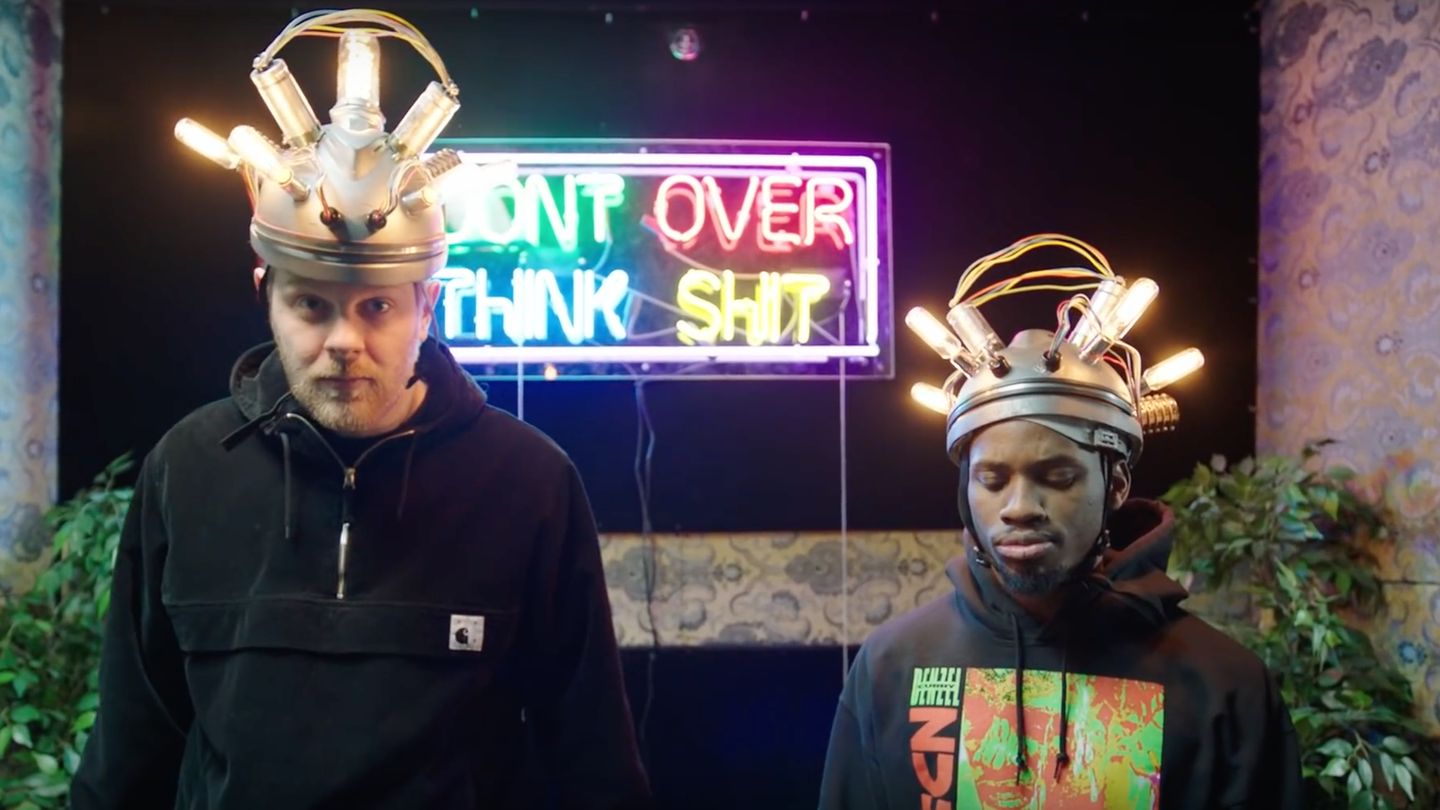 By David RodriguezMarch 9, 2020 No Comments

It’s evident that Kenny Beats and Denzel Curry had a good-ass time making UNLOCKED – it’s a joy transferred easily to a listener provided you’re in the right mindset.

Last year, Denzel Curry showed up on the season finale of The Cave, a YouTube show where Kenny Beats and his pals make music from scratch, smoke weed, talk wild shit, and freestyle – capturing comedic lightning in a bottle to be shown off to a growing, increasingly rabid fanbase. That particular episode is pretty funny and worth a watch for the freestyle alone (‘you the type of ni**a they love to hate hearin’/ni**a, I do not care, I’m Ed Sheeran‘), but a couple times during the video they off-hand reference Denzel being there at Kenny’s studio before, and staying after the filming The Cave to work on some music. Then – now, rather – we get UNLOCKED, a joint tape from the two prolific-ass musicians. This is literally a dream collab for me and a lot of other people.

In true The Cave fashion, they don’t over think shit and keep things light and fun. If you’re expecting something substantive like TA13OO, or even ZUU – which was still comparatively light on concept and content – you’re definitely going to get disappointed. UNLOCKED is so clearly something not meant to be taken too seriously, and while that may sound like a weak excuse to write off subpar work, it’s still quite enjoyable. If you’re a Denzel fan, you know he can’t just turn off the bars; he’s always entertaining on the mic, even with unstructured freestyles. Kenny is such a multifaceted producer pulling from his EDM roots to imbue beats with an original sense of organized chaos the likes of which are rather unique to him.

The result carries the same energy as their episode of The Cave – Denzel snaps and drops some wacky bars with a fair amount of braggadocious and battle quotables, while Kenny does his best to complement that energy with varied textures and layering that don’t get in the way of the vocals. This is rap, after all – raps gotta be audible and oh boy, are they. I don’t think Denzel is capable of being quiet. Then again, when you have bars like he does, they best delivered confidently, like part of the chorus from “Take_it_Back_v2”: ‘After dark, the riot starts, way uglier than Bubba Sparxxx/Still tryin’ to raise the charts so I don’t have to push a shopping cart‘. My personal favorite single bar is probably the ridiculous ‘bars harder than the morning wood, tryna pee up‘ from “So.Incredible.pkg”.

One thing I love about Kenny’s production is you can clearly hear every single element. Drums, bass, synth blasts, samples – they’re all crystal. He’s given ample time to go off – check out the instrumental “Track07”. Mixed with pitched samples of Denzel lines from other songs, he works in this groovy bassline and other treats like an organ hum and snappy percussion. Often though, like with “Lay_Up.m4a”, the production broods with deep bass knocks and a wavy feel. It’s apparent that not only is Kenny a friend of Denzel’s, he’s also a fan and knows what to put him on to make him sound great.

This feels like a 2020 response to Madvillainy – a great producer matching wits with a standout rapper, utilizing liberal vocal samples, crispy drums, and meshing it all together into a cohesive project. Is it as good as that legendary project? Most would say hell no, but I think Madvillainy is overrated to begin with. It’s a lot shorter though, and I’d rather listen to this for that reason and others.

Before we wrap, I must mention that this is a concept project of sorts, but you only get that context from the short film that the album launched with. The story goes, Kenny and Denzel have an album of theirs mysteriously leak. They both point their finger thinking the other’s to blame before Kenny pulls out two janky-ass helmets with lights and what looks like a vacuum hose on it that he got at a Guitar Center in Guadalajara (seriously). They enable the two to enter the internet via Kenny’s production laptop and hunt down the leaked files – Zel-Tron indeed. What follows is an anthology of animated shorts each with a different and distinct style, and a song from the project to soundtrack each one. The animation is varied, emulating old-timey cartoons, stop-motion claymation, Hanna-Barbera golden age goodness, rotoscope-esque stylization, and Junji Ito body horror. With additional dialogue and smoother transitions, in addition to more interesting framing, this is the way UNLOCKED was meant to be experienced.

Even still, this is pretty easily my least favorite Denzel project – but it’s still a favorite! He’s still riding a hell of a wave, it has just reached the shoreline and now he must make a move: stay beached and stagnant in his progression, or push back out to the ocean and ride another monster. I have the utmost confidence that he’s cooking up something special for his next full-length, something to rival the great TA13OO. Kenny remains undefeated in terms of linking up with eclectic artists and playing to their strengths for an extended period while keeping his own EDM history handy to offer nice accouterments. UNLOCKED may seem capped in a few ways, but it’s still fun and spirited – I wouldn’t expect anything less from these two.