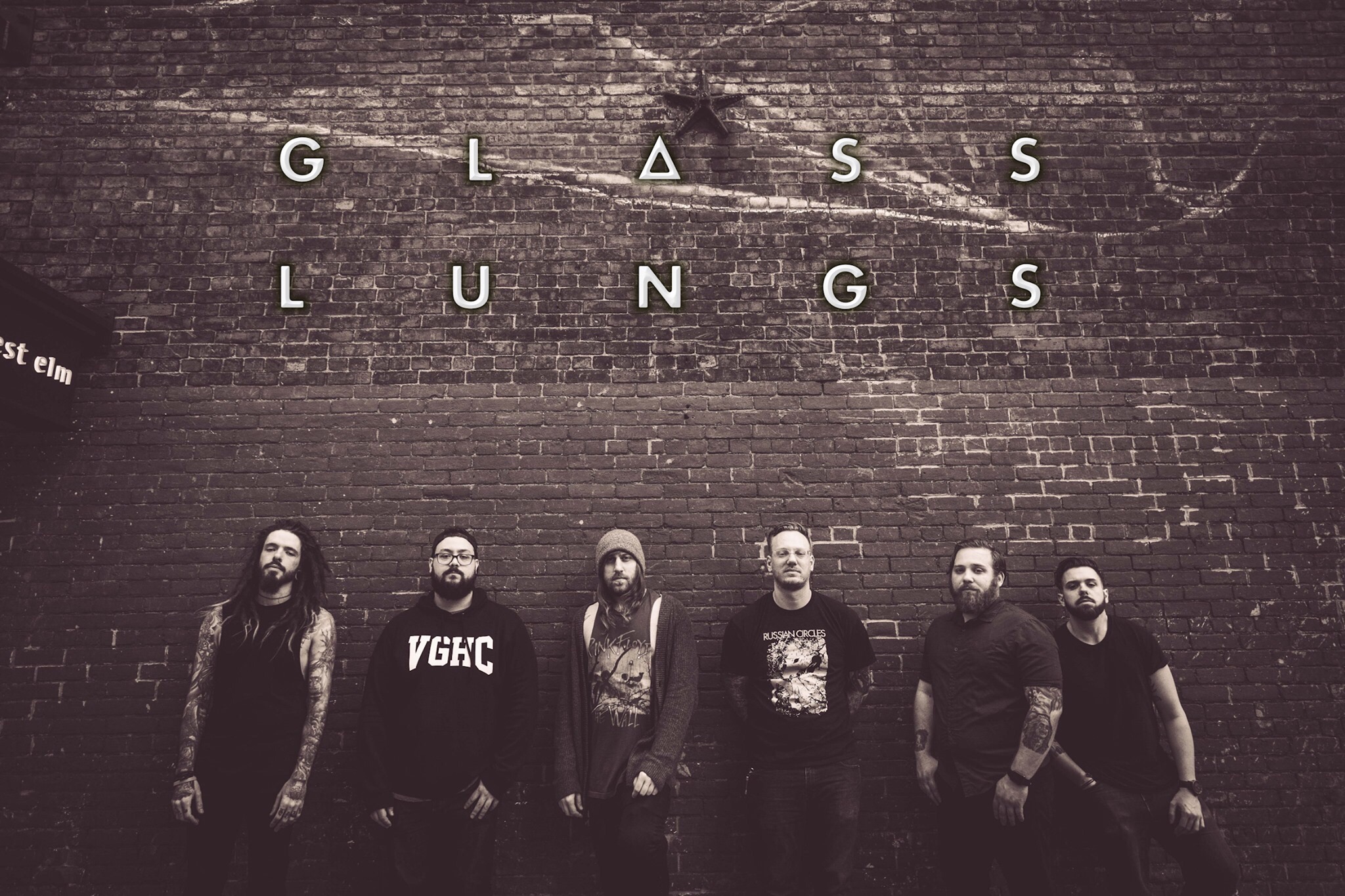 Hello and welcome to another edition of our always fun Weekly Featured Artist. At Everything Is Noise, we absolutely love to showcase talented artists who may be under a lot of people’s radars. Music is obviously something we are all fond of and push to share with others, and what better way to do that than to showcase some lesser known talent?

Enter Glass Lungs, the entertaining and incredibly skilled independent sextet hailing from Brooklyn, New York. With a blend of post-rock, indie, post-hardcore, and psychedelic rock, these guys deliver some wildly catchy and entertaining music that’s full of originality. If you’re a fan of rock acts with incredible hooks and powerful choruses a la HRVRD or Circa Survive, this is a band I strongly recommend. I first found out about them shortly after releasing their debut full-length album Impermanence last year. I was instantly hooked by the dissonant and vibrant guitar playing that guides their music and the powerful yet airy voice of Chad Henson. Their album became one of my most listened to of 2018 and actually made my personal album of the year list.

I had the privilege of having a brief chat with guitarist Alex Lehneis about the inception of Glass Lungs, how their style came about, and even a little about what their future may hold. Lehneis told me of the six founding members, Henson was actually the only person who wasn’t a friend or acquaintance and some of the band had even toured together in past groups. So with a bit of existing chemistry and some newfound companionship, the band set out to record for what was initially an ambient, post-rock type of project. What you hear from Glass Lungs now sounds like it’s quite a bit different than their initial output. While still using a ton of effects and creating incredibly ambient atmospheres, the group initially went a bit overboard according to Lehneis:

‘So when we first started, all Nick and I had were delay, reverb and tremolo pedals, we didn’t even have pedalboards. After a while we all became obsessed with effects, we even had bass effects and mix knobs maxed out. When we recorded with Frank Mitaritonna and Mike Watts at VuDu, Frank made us really dial it back because it was out of hand.‘

Having three guitarists really gives Glass Lungs a unique punch and another layer with which to play and alter with effects to deepen their palpable atmosphere. I think that third guitarist is what really pulled me in when first listening to their music, because there are a lot of bands who I won’t call out by name that I’ve heard absolutely squander a third guitarist. All three parts in their music feel valued and make great additions to their sonic template, however. Lehneis told me how their third guitarist came about early on in the career of Glass Lungs, and about how recent line-up changes have altered their writing process around that a bit:

‘Originally Glass Lungs was a five-piece but as we dove deeper into effects pedals we were losing the solid bass drive because Bill was using a ton of effects on bass as well. Bill really wanted to be playing guitar and it just so happened my good friend Jay was a bassist looking for a band, so that’s how the third guitar came about. We are no longer a six-piece band though, Jay and Bill had left the band last summer/fall and we’ve been back tracking their parts live ever since. Now that we’re writing differently, Nick and I have been working out bass parts for new songs and we actually really enjoy writing this way, so I don’t think we will go back to having a bassist or third guitar player in the foreseeable future.‘

Writing their new parts without the third guitar will be interesting to say the least, as I’m sure there will be more effects to supplement that loss. When they aren’t working on fresh material or delivering mind-blowing live performances to lucky fans, Lehneis told me the band really just enjoys hanging out with each other and exploring the cities they get a chance to visit. From hiking to waterfalls in New England to dressing up as European tourists for a laugh, ‘We’re just really a bunch of goofy dudes that just have a blast being around each other, which we don’t get to do often outside of practice or touring‘.

Even though Impermanence is barely a year old, I said at the top I got a little info about what the future of Glass Lungs might hold. I personally am so excited for new material by them that I couldn’t help but slide in a question about possible new music to Lehneis. The answer he gave me regarding that got me incredibly excited for the future, and I hope you get as hype as I did from this tidbit:

‘Well we’re about to record some new songs which we’re pretty excited about. We’ve written and scrapped so much material since Impermanence but I think we’re finally satisfied with what we have and we think that it’s very different from what people have heard from us before. I think we’re growing as musicians and have adapted to each other’s styles at this point. We can finally say that this is us as a whole. I think if you liked previous Glass Lungs songs, you’ll like these, and I think we’ve opened the doors to a bigger spectrum of audience and into other genres. So keep your ears open for some new stuff that we think you’ll enjoy!‘

Getting the chance to speak briefly with Lehneis was great, and it was an incredibly satisfying conversation to have with a guy who seems absolutely thrilled about music. He is self-taught and incredibly original in his approach, so much so that he told me he has never learned to play a song from another band which is mind-blowing to me. Together with the other four members of Glass Lungs, they have so much potential for greatness. I find them to be pretty easily accessible for an easy listen, but if you dive deep into the atmospheric beauty of Impermanence, it’s almost impossible to surface on the other side without being moved. If you are unfamiliar with this group, do yourself a favor and fix that right now!

Be sure to give these guys a follow on Facebook and also check out their official website, which is actually incredibly well designed. You can find links to purchase their music from their site as well, so be sure to grab something while you’re there!