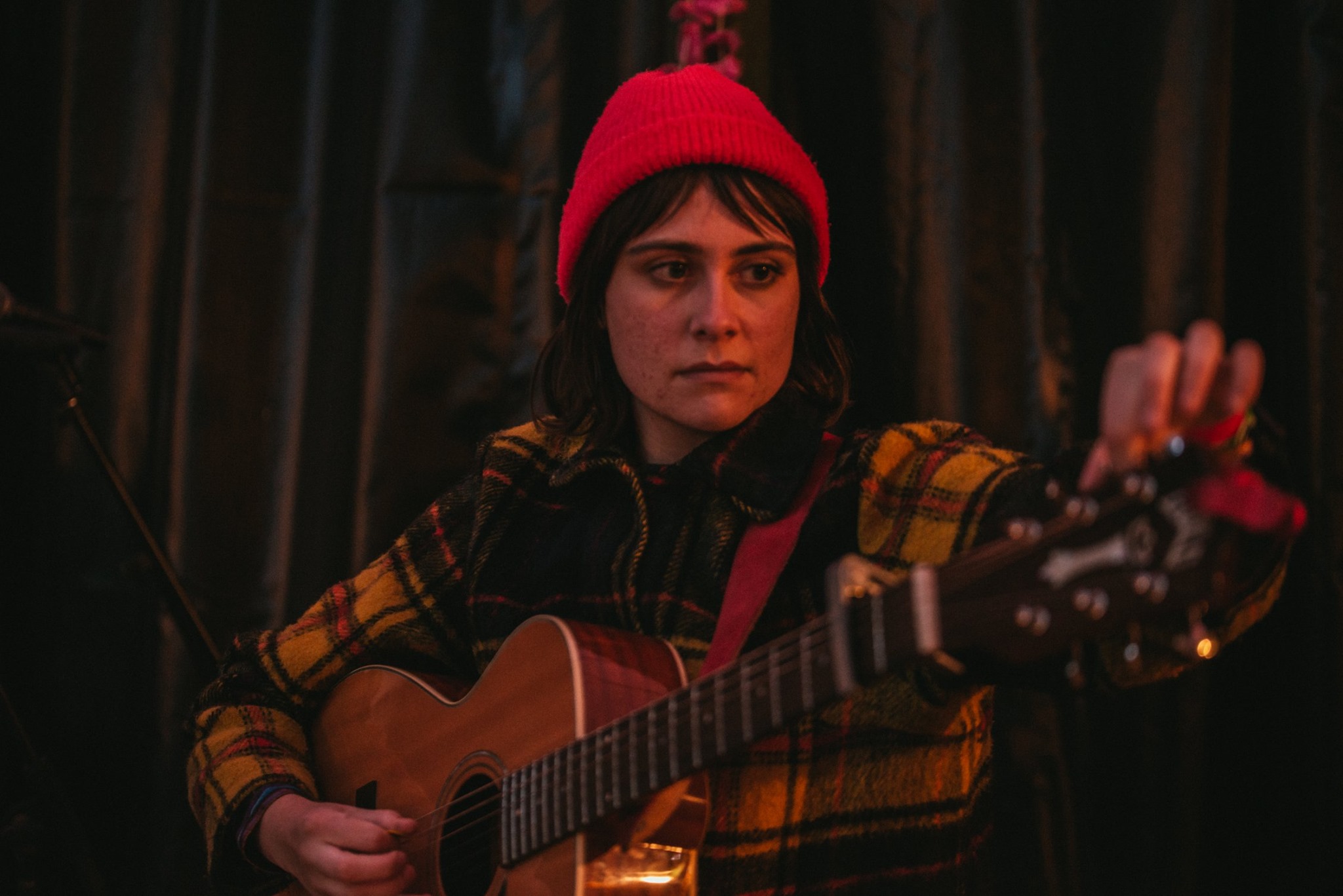 Canadian artist Ellen Froese carries the heart in folk music. I first saw her a few years ago at a festival in our province, Saskatchewan, and was so intrigued by her voice that she describes as similar to a sheep’s. She’s discovering her own sound within the genre of folk and writes great songs in the process.

Since hearing her for the first time, I have spent many hours listening to her music. Her stand-out voice and quirky song titles are definitely what hooked me. She is now someone I have looked up to for a couple of years, specifically because of how wholesome she comes across. She genuinely seems like she’s having a good time while creating irresistible music.

Froese has released two albums, one with a full band and one acoustic release featuring herself on guitar and harmonica. Found on both albums is her recognizable fast vibrato, which makes her voice quite different from others. It gives her folk sound another layer of depth by adding a colourful uncertainty to each phrase. I find myself always listening for her vibrato, not knowing when it will pop up and add that vibrant sound to her lyrics.

I was curious to hear how she would describe her sound, seeing as her two albums are quite different. She explained this well and claimed that she considers herself a folk artist.

‘I really have a hard time answering this question because I want to make an album in every genre. I’ve made some bluegrass/folk albums, a folk album with just me, my guitar, and my harmonica, and my latest one was based around ’70s folk-rock/western, I guess! I’ve been realizing that ‘folk’ encompasses a lot of stuff, and I want to lean into that.’

Carrying on she talked about the direction of her next release and the tone it is going to take.

‘I have been messing around with some drum machines lately –  I really just want to play whatever I’m feeling. I love most kinds of music. The constant influences in my life since I was a kid are Leonard Cohen, Pete Seeger, Johnny Cash, and Motown. I might make a sharp turn with my next album – we’ll see!’

Froese is heavily involved in her local music scene and is often playing with other musicians. This always results in a cool sound, whether that be complementing each other’s signature sounds or offering something different in a show with various artists. This has made Froese a highly versatile musician within her local music scene. She commented on the importance of other musicians, speaking about the value of an active music community.

‘I love to collaborate with other folks! Musicians should form a community, not be in weird competition. The more, the merrier – I have been thinking lots about how people would just cover other artists’ songs so much more in the ’60s. Imagine if Saskatchewan and Canadian artists would cover local songs and put them on their albums! It would be a great way to boost everyone up. I think it seems fun. I’d like to make a cover album of SK songs.’

Froese can be found on stage solo, or with a few friends, who are called the Hot Toddies. Members of her band include Emmett Fortosky (bass), Dylan Cooper (drums), and Matt Joyal (electric guitar). She occasionally plays with some bluegrass friends, who amp up her folk sound a lot!

Along with collaborations through writing and concerts, Froese has also had lots of festival experience. Performing at festivals such as Regina Folk Festival, Perogyfest and Ness Creek Music Festival, Froese seems to be busy performing all over during the summer months in Canada. I have had the opportunity to see her perform at the Regina Folk Festival, and absolutely loved the charm she brought to the stage. She was welcoming, talented, and inspiring to me, as I was just trying to enter the local music scene. I asked her if she has any memorable stories from festivals she has attended, and she gave a couple of awesome memories she cherishes.

‘Northern Lights Bluegrass camp is really a big one for me – I remember being like 17 or 18 and staying up until 5am at bluegrass jams, learning how to play with other people and really getting into the experience of it. There were all these amazing musicians from all over Canada and the States – at like 5am one night, this fiddle player guy was basically falling asleep while playing fiddle. He was like a fiddle zombie, but he sounded amazing!’

She reminisced on another memory, one which made me long for the feeling of community that comes from late nights during festivals.

‘Another time, I was with In With The Old at Merlefestin North Carolina. I was drinking ‘apple pie’ out of a Gatorade bottle (homemade moonshine that a Virginian dude gave me) and was having a really swell time. My bandmates ended up going back to the hotel, but I was hyped on life so I just followed some other bands around. Somehow, I ended up in the ‘elite’ artists’ after party in this giant room with fancy crab appetizers and stuff like that. Gillian Welch and David Rawlings were there having a jam with some other famous bluegrass people and I was just this drunk little 19-year-old who had found myself in this really wild situation. So many amazingly fun times!’

Hearing how young Froese was in the festival music circuit made me curious as to what her music background has been growing up. Luckily, she touched on this, which provides a really interesting snapshot of her life. I love hearing how people’s passion for music started and the doors it has opened for them since. I seem to get excited about music all over again when I hear background stories, and Froese’s wholesome past is no exception.

‘[I was] ‘forced’ into piano lessons at age 4 – I guess I liked it. I was homeschooled and spent a lot of time playing piano and listening to music. I quit piano lessons when I was about 15 and started to teach myself guitar and singing. Danny Downing from Martensville helped me with my very early songwriting – he taught guitar and vocals, and I think I took guitar from him for four years.’

She carried on and ventured into her teenage years and early adulthood, which is when she really got immersed into the local music scene.

‘When I was about 17, [my friend] Kasia wanted to start a bluegrass band, so [my other friend] Jaxon and I ended up in it, and that was the start of In With The Old and my first touring and CD-making experience. I started doing solo stuff during that time. Danny helped me pass my audition to get into the Grant Macewan jazz music program in Edmonton, for vocals. I got in, then dropped out after one day because it didn’t feel right, ha! I came home and continued playing with In With The Old and doing solo stuff. I’ve been focused on my solo career for about three years now.’

Having an upbringing full of music has giving Froese an awesome foundation to write her catchy tunes with. Her released albums are definitely worth checking out, especially if you enjoy folk music with beautifully written lyrics. One of her more popular songs, “I Wish I had a Foot-Long Cigarette” is my favourite, particularly because of the harmonica she plays. It involves nostalgia, witty lyrics, and her fast vibrato that is so intriguing.

Froese is currently working on some collaborations and is planning to release an album later this year. She hopes to tour internationally when it is safe to do so, especially in Australia. Make sure you check her out if you’re in Australia when she is!

Make sure to follow Ellen Froese on Facebook and Instagram so you can find out when her album is being released! Listen to her previous albums on Bandcamp!