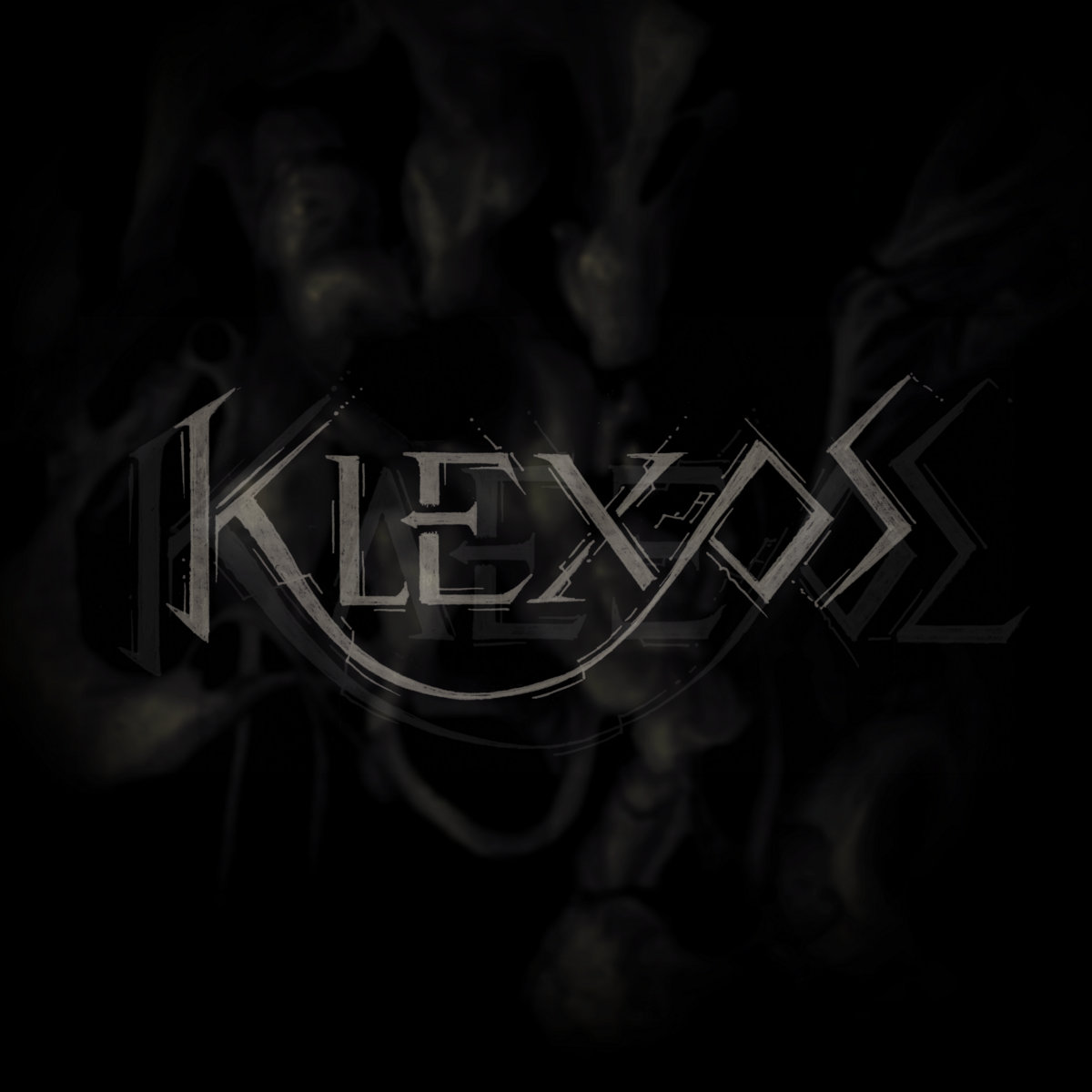 By Robert MiklosFebruary 23, 2021 No Comments

Are you ready for some churning and melting metal madness? You’d better be, because Klexos are packing some serious heat under the hood of Apocryphal Parabolam.

Do you ever just hit play on an album and within the first milliseconds you’re already under a mountain of action, only to then scramble to gather yourself? Yeah, that’d be an oversimplified description of Klexos‘s album, Apocryphal Parabolam, albeit an apt one. I hit play, and I’m not joking, it took me a solid minute to understand what’s happening. Mind you, heavy-hitting death metal is a regular on my listening roster; the album starts as if you open the door to an oven in which you make steel – it just rams away without any warning. To me, that’s always a good sign.

So many bands fall into the cliché of making some kind of stock intro track or a lulled-out introduction in the first part of the first song. It’s refreshing to see this type of introductory delivery, especially within a genre that doesn’t really need any presentation. Of course, as expected, the album dispenses with the usual pleasantries all across the record. Within the first minutes it’s clear we’re dealing with superior quality on all fronts. To my surprise, this is Klexos‘s first round of musical material. While I wasn’t even done with the first song, I was thinking to myself: ‘Yeah this is really good, must be like their 3rd record or something like that.‘A band that elicits such a response within the first steps of its musical journey, on their debut nonetheless, is up to great things.

The album and song titles seem to imply something equally weird and obscure, something entirely angular and impossible to digest. While it’s not exactly that, it’s not on the other side of said spectrum either. The action is proper dark, very gritty, and rife with a refined yet cavernous delivery. There are tons of dissonance being utilized over the course of the record, which gives it a much more aggressive feel. Let’s not forget that the songwriting is extremely dense, whick makes for a truly pummeling experience. While compositionally speaking, things are fairly even and consistent, there’s plenty of diversity in order to keep clear of monotony.

“Sapêre Obscured” is probably the most amount of a breather you could possibly expect from such an album. It arrives just a little after half-time, and it better highlights the more atmospheric and melodic tendencies of the record. Such moments also occur sparsely over the course of “Oneiroi”, “Adiaphora”, and “Astathmêta”. This is clearly an album which relishes in an uncompromisingly heavy approach and it sure as hell is not shy to affirm this loudly and clearly.

Rhythmically, as well as from a melodic point of view, things are pretty intricate throughout the album. There’s not enough time and space to go into proper detail in order to portray what is going on, but rest assured, there’s a lot and it’s very nicely put together. The songs have just enough technicality to add some extra weight and craziness, while leaving enough room for the listener to not feel entirely demolished after one listen. With respect to that, there’s also enough groove and thick riffs to offer the absolutely necessary headbanging experience. At this point it should go without saying, but I’ll underline it just to be sure – the production does a great job at tying together everything, creating a crisp and wild landscape for all of the present ideas to flourish.

Klexos showcase talent and drive across all areas where a band could do so. Their music states clearly that their vision is a very well-defined one, and of great conviction, too. Apocryphal Parabolam is, for all intents and purposes, a great record, even if not truly unique. It shows us that there is room for the band to explore a whole lot in this musical area. So if you’re looking for something that’s properly heavy and a reason to think this year will suck less than the previous one, just tune in.